Jane Eyre is, pretty indisputably, Charlotte Bronte’s most popular novel. This hallmark of Victorian literature, published under the pseudonym Currer Bell in 1847, took London by storm. Every influential magazine of the time expressed its opinions about the title character without reservation. And the reviews were widely mixed. Jane Eyre, the orphan governess who moves to Thornfield Hall and falls in love with its master Edward Rochester, was either an abomination to the name of “woman” or a spirited and refreshing female character. But either way, Jane Eyre was a raving success.

In the twenty-first century, many readers (especially female readers) relate personally to Jane’s mental and verbal cries to be treated as an equal. We rejoice when she stands up to the man who is in fact her future husband and declares, “I am no bird and no net ensnares me; I am a free human being with an independent will.” We support her as a pinnacle of feminism when she insists to Rochester: “Do you think because I am poor, obscure, plain, and little, I am soulless and heartless? You think wrong! I have as much soul as you, and full as much heart!”

And yet…the novel’s ending. One question that has plagued the minds of readers, literary critics, and Bronte scholars alike is how to reconcile these feminist pronouncements with the novel’s more traditional ending. After such an independent life, is it a contradiction for Jane to return to Rochester and become a wife and mother? Is that it? Is the liberated Jane Eyre so easily domesticated? Well, yes and no…

Victorian Women and The Three Waves of Feminism

First, let’s take a look at the time in which Jane Eyre was written. The mid-1800s were the height of the Victorian era in England. What we today classify as “women’s rights” was not very well established, and “feminism” as a term did not exist. The so-called first wave of feminism did not truly begin until the beginning of the 1900s, and the focus was on suffrage rights and breaking the domesticity codes by picketing and rallying in public. The second wave started in the 1960s and became much more radical and self-conscious. During this time, women rebelled against overly feminine items of clothing, such as high heels and make-up, viewing these as objects of patriarchal oppression. The third wave of feminism is, perhaps, what Bronte would have most supported had she been alive today. During this wave, women have found the happy medium between independence and success in their careers on the one hand, and wearing bras and having babies on the other.

Yet before these movements of women’s rights began, the traditional Victorian woman’s life was spent within the home as the “angel of the house,” while her husband worked in the real world of corruption and immorality. The only two professions open to a single woman were becoming a teacher or a governess, as both Bronte did in her life and Jane herself does in the novel. This trope translated to literature with the female protagonist falling in love and marrying at the end of the story. And certainly this expectation for Jane to follow suit could not have been far from Bronte’s mind. Could this explain why she ended Jane Eyre in the way she did?

But perhaps Jane’s choice is not so uncharacteristic. So how do we reconcile the independent, spirited Jane Eyre, with the domestic “Mrs. Rochester” at the novel’s end? Or maybe a better question is, do we have to? Can the two sides of this female character exist simultaneously?

The “Bad Feminist” and Jane’s Power of Choice 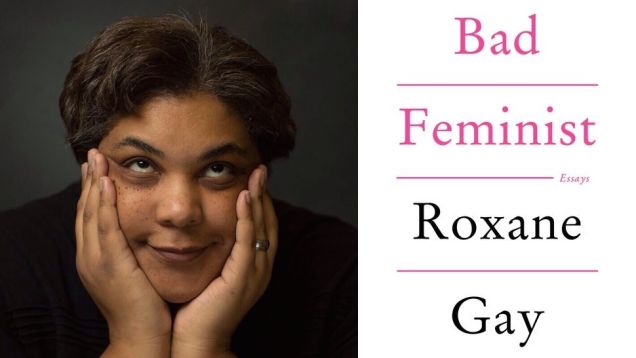 American writer, blogger, and editor Roxane Gay offers a new perspective on feminism in her works, specifically her 2014 collection of essays Bad Feminist, which we can apply to Jane’s multi-faceted personality and life decisions. Gay’s ideas lie mostly within the third wave of feminism as she argues for an outlook in which women are not required to be perfect, but instead allow themselves the freedom to be themselves and embrace their imperfections and contradictions. Gay openly proclaims that she self-identifies as a “bad feminist” in what seems to be a critique of the second wave. In explanation, she says that “I do so because I am flawed and human…I have certain interests and personality traits and opinions that may not fall in line with mainstream feminism, but I am still a feminist. I cannot tell you how freeing it has been to accept this about myself.”

Gay highlighted this call for acceptance of all kinds of women in her TED Woman Talk on May 28th, 2015 in Monterey, California:

“We put feminists on a pedestal and expect them to pose perfectly. When they disappoint us, we gleefully knock them from the very pedestal we put them on…If a woman wants to take her husband’s name, that is her choice and it is not my place to judge. If a woman chooses to stay home to watch her children, I support that too.”

Choice, as well as acceptance, are both integral to Gay’s perception of feminism. And when Jane makes the choice to become a domestic wife and mother, she does so through her freedom of choice, and is still the strong, uncaged bird that we have come to know and love. Although Bronte’s work preceded feminism by several decades, she may have agreed with Gay that, instead of a woman falling into one category or the other, she should be able to express her many contrasting tastes and impulses without guilt.

Jane shows that she is willing to give up a more intellectual and virtuous marriage choice in exchange for passion, love, and affection. Before returning to Rochester, Jane has been lodging with St. John Rivers, a country village clergyman, and his two sisters, Diana and Mary. Over the course of her stay, St. John proposes to Jane with the intention to marry and then move them both to India to carry out his missionary duties. Yet his austerity, coldness, and solemnity repel Jane. Later on, in response to Rochester believing that she has chosen to marry St. John, Jane insists on her freedom to choose her own husband in a way that was quite radical for the Victorian era: “‘He is not my husband, nor ever will be. He does not love me; I do not love him… He is good and great, but severe; and, for me, cold as an iceberg. He is not like you, sir; I am not happy at his side, nor near him, nor with him. He has no indulgence for me, no fondness.”

Here, what Jane reveals is that she could have chosen a more traditional Victorian lifestyle with a passionless marriage dictated more by duty than by love, but she did not. The paradox is that while she does choose the orthodox lifestyle for a woman, Jane’s refusal to become Mrs. Rivers and submit herself to St. John’s authority is a feminist act–and she can be a feminist solely on her own terms.

Compromise vs. Sacrifice in Marriage

Yet Jane’s motivation to embrace her domestic role as Mrs. Rochester also has to do with her awareness about compromise vs. sacrifice in marriage. While she recognizes that her union with Rochester will involve certain compromises, marrying St. John would have involved making personal sacrifices that Jane’s soul could not have survived. Gay addresses this distinction between compromise and sacrifice in married life by explaining, “I love babies, and I want to have one. I am willing to make certain compromises (not sacrifices) in order to do so.” While Rochester persists that he is an “old, lightning-struck chestnut-tree” who is blind and lame and will burden Jane with his needs, Jane defends the equality and freedom with which she makes her decision:

“Mr. Rochester, if ever I did a good deed in my life…I am rewarded now. To be your wife is, for me, to be as happy as I can be on earth.”

“Because you delight in sacrifice.”

“Sacrifice! What do I sacrifice? Famine for food, expectation for content. To be privileged to put my arms round what I value–to press my lips to what I love–to repose on what I trust; is that to make a sacrifice?” 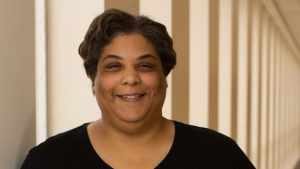 Compromising, for both Jane and Gay, is worth it to have a secure home life. And this fact is something that Gay has finally realized she is tired of hiding: “I worry about dying alone, unmarried and childless, because I spent so much time pursuing my career and accumulating degrees. This kind of thinking keeps me up at night, but I pretend it doesn’t because I am supposed to be evolved. My success, such as it is, is supposed to be enough if I’m a good feminist. It is not enough. It is not even close.”

While Jane lived the first twenty years of her life relying on herself and exercising her self-sufficiency as an unmarried woman, her deep sense of loneliness, isolation, and stagnation cannot be overlooked in the novel. Her marriage to Rochester symbolises not only her power of choice, but also is the culmination of her feeling of communion with another human being–the one thing she has craved since birth. Bronte makes it clear that Jane and Rochester’s union is based on equality and a spiritual connection: “I am my husband’s life as fully as he is mine. No woman was ever nearer to her mate than I am; ever more absolutely bone of his bone, and flesh of his flesh.” 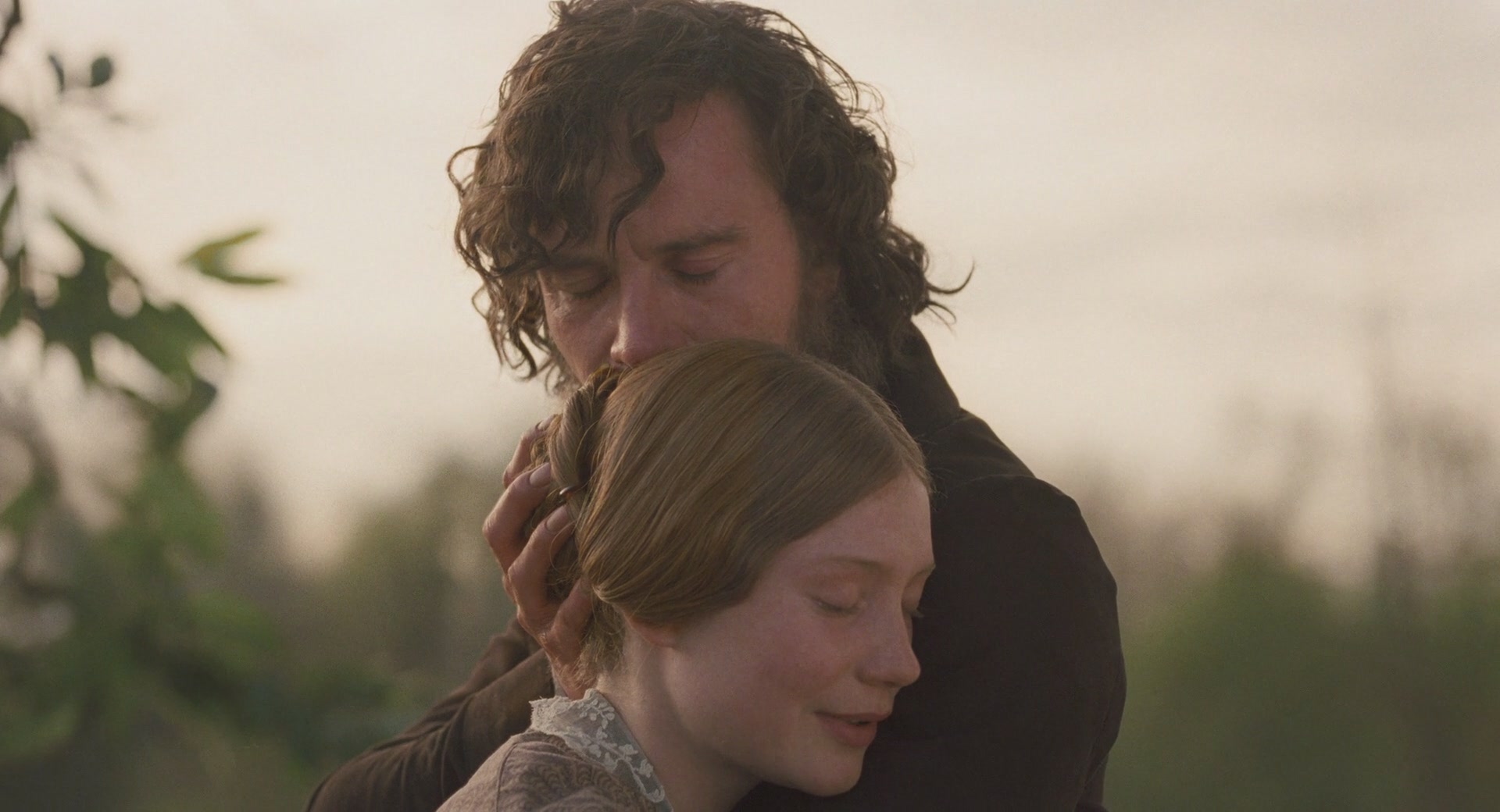 Sometimes, like in Jane Eyre, a strong and independent woman falls in love and wishes to adopt the roles of wife and mother by choice. While Bad Feminism and Jane Eyre differ in terms of genre and time period, both books remind us that terms like “feminism” deserve to apply to women of all shapes and sizes, who live lives and dream dreams of many different colors. Gay reveals toward the end of her collection of essays that she, too, was once preoccupied with a certain image of what a “true” feminist was: “At some point, I got it into my head that a feminist was a certain kind of woman. I bought into grossly inaccurate myths about who feminists are–militant, perfect in their politics and person, man-hating, humorless. I bought into these myths even though, intellectually, I know better.” Although written in the Victorian era, Jane Eyre and its ending can teach us the beauty of being both true to ourselves–whether we want to be an entrepreneur or a housewife/husband or both!–and being a feminist. As Gay puts it, “I am being open about who I am and who I was and where I have faltered and who I would like to become.”