Craft-Mageddon: The Explosion of DIY Culture 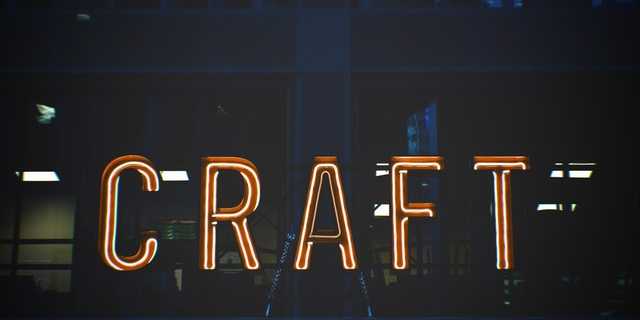 DIY, or “Do-It-Yourself,” culture has recently begun to explode on and offline with the creation of Etsy, various YouTube channels dedicated to DIY crafts, and farmer’s markets filled with handmade jewelry, knit scarves, and carved soap. However, it was the 1970s punk movement that embraced the spirit of DIY, turning into a bold statement that openly rejected consumer culture. Though being crafty seems to have become trendy, there are still groups nowadays that continue to embrace punk culture.

Usually, the stereotypical view of a punk is a rocker with a gravity-defying mohawk, large studded boots, and ebony leather jacket complete with a series of spiked bracelets, piercings, tattoos, and eyeliner. Though the punk movement is heavily rooted in a rich musical scene, the culture’s DIY aesthetic was kicked off by fanzines, or publications made by fellow community members with a focus on countering mainstream ideologies, while promoting DIY as a way to stop consuming a culture which is made already 1.

The punk fanzines were a call to action, a plea for people to make their own culture, and thereby their own happiness in most circumstances. Being punk meant you didn’t have to belong to a culture that made you an outcast. You could live on the fringe and build your own home there in whatever way you desired.

To be punk is not to shun our differences but rather to embrace them.

In addition to fanzines as a form of DIY press, the punk subculture thrived on independent record labels and DIY venues 2. Both were the lifeblood of the punk music genre where they operated separate from labels and places that may not host such a unique style of music. Naturally, many people were interested in such a rebellious voice on the current status quo and joined the subculture for its music, but also for its political outlook.

Punk DIY came from a place of necessity and craftiness. Countering the main culture left punks at a disadvantage for recruiting members, since they did not have the same pathways available as a mainstream, culturally-accepted community. So, punks had to make their own way, harkening back to the days of traditional artisans in Europe. They made their own subculture’s success through independent means, demonstrating that just because a dominant culture says this is how it is, it in fact does not have to be their way.

No better was the punk’s divergent attitude shown through their use of bricolage, or the taking of an object known for one purpose and transforming that use into something new. For instance, punks would take safety pins and wear them as earrings. While looking impractical to most of society, safety pin earrings directly showed defiance of the norm and a celebration of innovation.

Punks may have an unconventional aesthetic to the typical observer, but it cannot be denied that the counterculture had major impacts on the creation of a DIY mindset in a world that had started to pull away from the pride of craftsmanship.

Nowadays when people think of DIY, it may conjure up images of handcrafted goods sold at farmer’s markets or the online shop called Etsy. They could also think of popular YouTube channels, such as 5-Minute Crafts. So, the question becomes whether these trendy DIY avenues continue the spirit of the punk movement’s counter-cultural viewpoint or have gone the exact opposite way as a counter to punk’s rejection of the norm.

At first glance, these new DIY ventures makes it seem as though they are keeping the soul of do-it-yourself independence alive; however, with their growing popularity, such creations can be seen as DIY posers. Essentially, new DIY only appears to take the spirit of true punk-inspired DIY and transform it from a rebellious separation to a trendy mainstream activity. 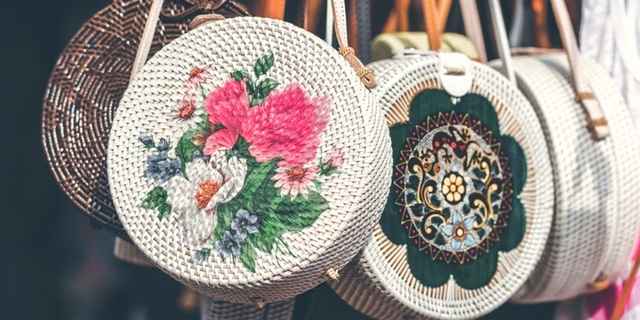 The above is especially true when one thinks about YouTube. Relevancy and currency is key on the platform, so when a creator realizes the trend happening where more and more people desire to buy locally-made and/or handcrafted items or desire to make products for themselves, that YouTuber will likely hop on the bandwagon and start filming tutorials that they estimate will receive the most views.

Take 5-Minute Crafts for instance. The YouTube channel has almost 60 million subscribers, near 3,500 uploads, and over 15 billion views on their channel. Their videos typically range from 10-20 minutes of content filled with small craft tutorials and “life hacks.” Unfortunately, real life attempts to recreate the channel’s crafts have not yielded similar results.

For example, YouTuber Jenna Marbles tried to create a jean chair in one of her videos based on a 5-Minute Craft, which ended in disaster as she showed just how difficult it was to make the chair in actuality and was left with several stuffing filled jean legs struggling to stay held together by staples. Furthermore, many comments on 5-Minute Crafts videos contain similar complaints about the validity of their crafts and hacks, as well as pointing out health and safety risks, such as the danger of putting toothpaste near the eyes 3.

Though YouTube does not seem to have the punk DIY outlook in most cases, farmer’s markets and Etsy seem to have a punk viewpoint to an extent. Instead of investing in large multinational companies, people can invest locally (i.e. a farmer’s market) or globally (i.e. Etsy) for high quality goods usually made by individuals or small shops.

Although these two DIY outlets are popular with a substantial amount of demographics, one could say that the punk movement was bound to be picked up by the dominant culture, as has happened with many other previously unacceptable counter-cultural practices. For instance, tattoos and piercings have gained much acclaim in the last few years, as the stigma has lessened and become a popular trend for the greater populace.

In an ironic way, countering a culture can potentially become a part of the culture when mainstream members engage in counter-bricolage, where a “bricolaged” item is once again taken and given another meaning. Counter-bricolage is exemplified by the taking of the punk safety pin as a defiant aesthetic statement and turning it into a gold jewelry accessory sold at fashionable stores.

Overall, the consensus may be that though some new DIY focuses on the pride of craftsmanship, the practices do not appear to have the same ideological foundation of rejecting the dominant culture through a rejection of and separation from mainstream cultural practices.

Don’t be a Drag, Just Do-It-Yourself

The spirit of the subversive punk DIY is not dead, however. The punk subculture is still around today, as well as many of its offshootings, like the goth subculture who also utilize DIY in quite a similar way.

Aside from these subcultures, stands one community that has the same resolve but demonstrates it in an aesthetically and culturally different way, which is none other than drag queens.

Drag queens have faced large discrimination for many of the previous decades until recent years with the establishment of Pride, which was founded from the groundwork (ex. Paris is Burning) of many members of the LGBTQ+ community from the past and present. RuPaul’s Drag Race could also be said to have had an impact by acting as a gateway for people to be exposed to the subculture 4. 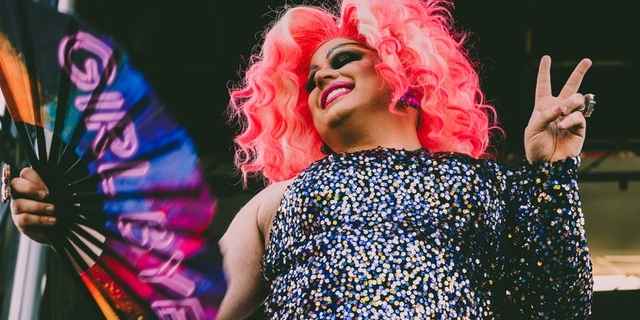 Speaking of the popular television series, RuPaul’s Drag Race aptly demonstrates just how prevalent DIY is within the drag queen community. Contestants on the show will have to create their own outfits for almost all the challenges, which is usually true for the larger portion of the subculture. In addition to outfits, drag queens will make their own hip pads, style their own wigs, do their own make-up, and much more.

In an interview with CentSai, the drag queen Havana Fair stated, “As a filmmaker now and as a drag queen then, money is the biggest difficulty. But difficulty is the mother of innovation. That thing between your ears is the best thing you have. You may not have money, but with a little work, you can be creative.” 5.

Drag queens completely embody the heart of the punk movement, because they reject mainstream’s cultural norms by their aesthetic appearance and dramatic performances on stage. Thereby, drag queens keep true DIY alive and continue to be a thought-provoking voice against the dominant culture’s beliefs and values.

In whatever way we enjoy DIY, whether that be making our own punk outfit for the next big concert or taking our handmade leather bracelets to sell at the local farmer’s market, do-it-yourself culture is here to stay. People have started to realize that everyone benefits through supporting each other and finding community through cultural practices based on independence and innovation.

The art of making something with your own hands, putting all your effort and soul into that project, reflects the will and desire to create that lives within the mind of the true artisan. An artisan who speaks through their creations and thus builds dialogue and thereby change.

Posted on Sep 30, 2019 by
EJSmall
Contributing writer for The Artifice.
Suggested by Devon. Edited by Amyus, Debs, Eden. Notes by JustinMoir.
Follow