4 Reasons Why Glee Should be Cancelled

When it began, Glee had all the makings of a spectacular show; likable characters, comedy, relatability, excellent music, and intriguing drama. Even though many people scoffed and rolled their eyes at the cheery, musical T.V. series, the numbers spoke for themselves. There were 9.62 million viewers of the pilot episode that aired May 19, 2009, and in its first season, the viewers never dropped below 6 million. Its initial success was short-lived. The show tanked when Season 3 ended with 8 of the characters graduating. With Season 4, viewers were introduced to a mostly new main cast and saw less and less of their favorites. Moving into Season 5, the ratings took a hit. According to wetpaint.com, Season 5 of the show had reached all new lows with its Christmas episode only obtaining “3.2 million viewers and a 1.2 demo rating.” Better shows have been cancelled for much less. Even so, Glee has been renewed for a 6th season when it quite honestly needs to be cancelled. Here is why Glee should end its reign on FOX and give a new show a chance.

It is pretty difficult not to gag on the overwhelming cheesiness of the show. Every struggle ends with a heartwarming resolution (or pseudo-resolution) and every conflict is resolved with a duet. Any time the glee club has a dispute, Mr. Schuester suggests everyone just sing it out and Blam! problem solved. What could be worse than the gooey, glazed-over look Schuester gets when he sees the kids sing? Gabriel Arana, in his article “Cheesy Does It,” quips, “I’m convinced the show must have an hours-long B-roll of him staring slightly off-camera with tender satisfaction.” 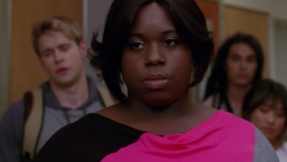 The true problem with Glee‘s cheese-factor is that it tends to poorly resolve serious issues within the show. For instance, rather than allow the inclusion of Unique’s character to be an opportunity to raise awareness about trans issues and show a positive way to support trans kids, there is a hasty resolution. Congrats to Glee for having America’s first transgender television character, but the way Unique is treated is abhorrent. She faces much transmisogyny, but much of it is presented as something to be laughed at. Unique is also usually misgendered and Glee never takes strides to show that being misgendered is an incredibly negative occurrence. There is even a petition on change.org protesting transphobia on the show and by its cast members.

For many viewers, Glee may be their first introduction to a transgendered character or even the idea of the trans spectrum. This makes it all the more vital that Glee offers an honest representation of a trans person and the culture that surrounds that identity. Basic things like making sure to use the right gender pronouns or at least show how damaging misgendering can be should be addressed. Also, practically ignoring the transmisogynistic remarks made by one of their cast members was a fatal mistake. Since Unique is the first trans character on American television, you can be sure that there are trans viewers watching how Glee handles and develops the character as well as represents trans issues. By offering such a flawed representation and by ignoring transmisogyny in their own cast, Glee is isolating an important piece of their viewer demographic. Glee should have emulated shows like Grey’s Anatomy in how they support and even defend the communities they represent within their show. For instance, after he issued not one, but two homophobic slurs, Isaiah Washington was fired from the cast of Grey’s Anatomy.

For a show that addresses so many touchy and controversial issues, Glee has failed to address these topics fully or support the communities affected.

The rag-tag bunch of awkward teens were initially endearing when first introduced in Season 1. They faced a diverse set of struggles, from sexuality to bullying to low self-esteem and even teen pregnancy, but with the help of Mr. Schuester were able to overcome them in time to compete in regionals.

Of course, what were once endearing characters became incredibly irksome ones. It’s hard to bear the continuation of a show with characters that are so irritating. Rachel Berry is perhaps one of the most annoying. Her self-absorption never ceases. She constantly asserts that she is the best and is willing to step on anyone who tries to get in her way. Somehow she ends up being in a relationship with Finn (on-and-off) and stomps all over that poor guy. How is the audience expected to care about a character that is so hard to like?

Even the new characters in the later seasons are lacking. While seemingly adorable and sweet, Marley is a character of little dimension. Beyond being consistently bullied, she contributes hardly anything to the story line. While being caught between Jake and Ryder, she is exceedingly wishy-washy and plays the doe-eyed uncertain damsel unable to decide.

Kitty is particularly detestable as she manipulates Marley into developing an eating disorder. Unfortunately, Kitty’s character is entirely unoriginal and presents herself as a mini-Quinn. She’s a mean girl, blonde, cheerleader who is ruthless and rarely ever punished for her misdeeds.

Many shows, like Channel 4’s Misfits, fail to survive a change in main cast. If any show were to be an exception, it absolutely should not be Glee, especially since the new main cast of characters is possibly even worse than the barely likable original cast.

It’s hard to be surprised by Glee anymore. There will always be some sort of controversial plot twist. 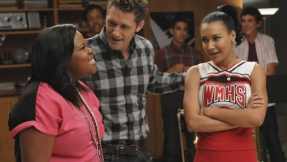 Every couple breaks up at some point and most of them get back together. There is always at least one character with a massively inflated ego. The glee club faces at least one major antagonist and somehow always survives and bands together for an end-of-season group performance. There’s always some mash-ups, classic rock, a duet between two feuding characters, and at least one Lady Gaga cover.

People laugh, people cry, they try to make it to regionals…

When it began, Glee was falsely paraded as a show that was more inclusive and diverse than a majority of other shows on air. While diversity is present, many of the characters fulfill negatively stereotyped and stigmatizing roles.

You have Quinn who plays into every bad cheerleader/mean girl stereotype. She is a manipulative bully and shows little positive development over the course of 5 seasons. She is self-absorbed and cruel and will do anything to keep up with appearances.

Even worse is Kurt. While his dramatic journey is perhaps the most relatable and heart-warming, he reproduces so much negative stigma it’s ridiculous. He is flamboyant and feminine, obsessed with fashion and speaks in a high-pitched voice. While there is nothing wrong with being any of these things, it would have been better to have a less stereotypical representation of a gay man on the show. 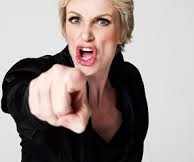 Perhaps the worst is Sue Sylvester. She began as a hilarious antagonist, but the further her character continued with the show, the worse she got.With so many viewers, Glee is in a position to break down stereotypes and open minds. Instead, it is just flat-out disappointing. The nasty remarks she makes only helps to reinforce negative stigma. She bullies Emma about her mental illness and Artie about his disability (calling his wheelchair a “lazy-maker”). She even tells students that they are “uglies and fatties.” Her only redeeming quality is her compassion toward Becky and her sister.

When it comes to quality television, Glee does not fit the bill. What is baffling is how a show like this can survive so long but gems like Firefly, Lie To Me, Dead Like Me, Freaks and Geeks, and Pushing Daisies (among others) get cancelled in their prime. FOX in particular is guilty of cancelling much-loved shows. Regardless, it’s about time FOX lays Glee to rest and lets something new fill its time slot.