In 1952, a spritely Gene Kelly shook up the world by telling us to do one valuable thing. His smash-hit musical Singin’ in the Rain sold its immense power and good-natured humour with two words: “Gotta dance”. Sung throughout one musical number in this extraordinary musical, these two words could make love and stop war. Overlooked as silly and jarring by the masses, musicals remain cognitive parts of such industries as Broadway and the West End. Creating momentous universes, musicals sing, dance, and cheer their way into pop-culture and the record books. Every so often, Hollywood tries to take certain productions and throw them onto the big screen. Some of them work wonders, while others stumble over two left feet. Aiming for Oscar glory, each production’s ambition and attention to detail (no matter what the overall quality may be) can make for stellar sequences. With Clint Eastwood’s adaptation of Jersey Boys about to jive into theatres, I looked back on several big-budget musical movies. It’s not simply a case of entertaining a crowd, it’s about how they have been adapted for the screen. So, what separates the great musical adaptations from the laughable ones? Here, I’ve analysed them in two ways – how they honour the original material and how they stack up as individual efforts. For this toe-tapping list, I’ve looked, for the most part, toward musical adaptations from the past decade or two. In doing so, I can connect to those with little to no interest in musical movies. Hopefully, and necessarily, a younger crowd can track down these options and look to preceding musicals with greater interest. Of course, one musical stands head and shoulders above the rest. However, musicals like The Sound of Music, The Rocky Horror Picture Show, and Cabaret might play your tune in the future. By comparing my number one to some of the biggest musical adaptations of this decade, this list compares the genre’s highest note to those below it. 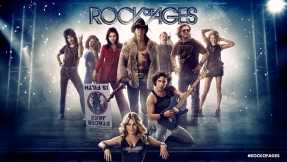 Set in the 1980s, Rock of Ages covers a controversial and influential period of music history. Honouring the Rock ‘n’ Roll era of sweat-fuelled Los Angeles, the musical used satire and slapstick to deliver a memorable musical triumph. Unfortunately, these subversive traits didn’t cross over into the 2012 adaptation. Director Adam Shankman, coming off the success of his boisterous Hairspray adaptation, seemed like the perfect choice to tell this tale of rebellion, sex, and pop-culture. However, the movie predictably became a shrill, laughable, and irritating mess. This cynical effort, pushing the audience to the brink of tedium, clearly wasn’t made by people who love rock ‘n’ roll. Judging by the slick visuals, Shankman and co. have thoroughly misunderstood the genre’s most notable idiosyncrasies. The movie’s brightly coloured settings and costumes, dousing its A-list cast in an outlandish universe, misses the thematic relevance of the genre. Random sub-plots, giving Paul Giamatti, Catherine Zeta Jones, Alec Baldwin, and Russell Brand something to do, are jettisoned by a dull love story between the two pretty lead characters. This inept production, developing silly musical numbers and inane performances, is a prime example of studio interference. Stripping the premise of danger, thrills, and originality, this adaptation comes off as dated, embarrassing, and confused. However, Tom Cruise rescues his role by delving into the genre’s immeasurable awe factor. Singing his own hits, all eyes turn to Cruise to liven up this otherwise cheap and disgraceful effort. 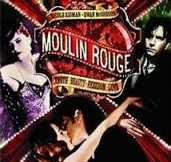 Certainly, Baz Luhrmann’s directorial flair isn’t for the faint-hearted. His direction, drowning each frame in eye-catching visuals and over-the-top personalities, makes some people ecstatic and others furious. Taking on famous stories, Luhrmann’s versions, more often than not, misjudge the original’s narratorial and thematic purpose. This is true of his overbearing musical-farce Moulin Rouge. Mixing a bubbly 1900s mis-en-scene with modern pop hits, this smash hit misses the mark tonally and visually. Luhrmann, relentlessly pushing his style into our faces within the first fifteen minutes, uses a harsh and cumbersome style to express his love of Paris. Fuelled by sex, seduction, and romance, the story has the right idea. Powered by the Montmartre region’s immense prowess, the premise has the power to draw people in. However, the beauty is overshadowed by a cliched love story. Defined by modern music, Nicole Kidman and Ewan McGregor’s chemistry is hindered by the jarring tonal shifts. Sadly, ‘Children of the Revolution’, ‘Lady Marmalade’, and ‘Smells like Teen Spirit’ are blared through their plain vocals. The contrast between expansive Parisian settings and modern tunes, though noble, hurls us out of the narrative. Luhrmann’s direction, wanting us to notice his style, becomes tedious once this romance reaches its breaking point. Here, we see several good elements thrown into a relentless, frustrating, and messy production. However, the ‘Roxanne’ number is a rare highlight in this otherwise forgettable effort. 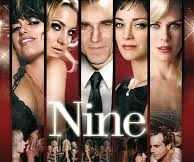 Italy – one of the most beautiful and rich countries on Earth. Rightfully so, the birthplace of some of history’s greatest historical achievements has been gifted many odes and homages. Most recently, Rob Marshall’s second musical movie, Nine, seeks to honour Italy’s enviable landscapes and artists. However, despite the commendable intentions, this musical wildly misses the mark and throws several careers off-kilter. We begin with Guido (Daniel Day Lewis) suffering from writer’s block. Pointedly, this is where the cliches begin. Not only does he have his ‘horrific’ affliction, but this ladies man struggles to maintain key relationships with some of the world’s hottest women. Beyond the main character’s irritating woes, this musical is separated into two parts – music and drama. Whenever a musical number kicks in, the tension is sucked out of this already dreary picture. The musical numbers, despite sporting an epic scope and impressive production designs, come off like music videos awkwardly forced into important dramatic moments. Distorting this homage to Italian genius Federico Fellini, these weightless musical numbers are ruined by unoriginal choreography and hit-and-miss vocals from the impressive ensemble. Judi Dench’s number, in particular, comes off like a forgettable and tedious interlude. Unfortunately, this effort fails as both a slice-of-life drama and a lively, music-fuelled piece of raw escapism. 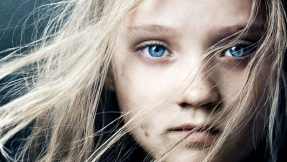 Forcing theatre critics and fanatics into heated debates, the big-budget adaptation of Les Miserables has to be seen to be believed. Unlike most musical adaptations, this extravaganza revels in cinema’s most impressive and transcendent conceits. From the opening musical number, ‘Look Down’, the movie establishes a momentously epic scope and heartbreaking character-based journey. Jean Valjean (Hugh Jackman), running from prison time and Javert (Russell Crowe), is presented as a noble saviour. Hoping to elevate itself above its musical-theatre roots, this adaptation takes on a well-known cast and crew. Tom Hooper (The King’s Speech) tackles directing duties by utilising unexplored techniques. In fact, this ambitious filmmaker achieves the near impossible. Using organic sound recording equipment, the live performances lend an aura of grit and heartache to this already moody narrative. However, when it stumbles, it falls face-first into the Parisian mud. Though Jackman and Anne Hathaway excel in vital roles, the supporting cast is shockingly hit and miss. Crowe, causing controversy for his croaky vocals and stilted mannerisms, keeps his role from becoming an intrinsic part of this spirited adaptation. In addition, the love triangle is hindered by average performances from Eddie Redmayne, Amanda Seyfried, and Samantha Barks. This adaptation, redder than the blood of angry men and bluer than the movie’s stark colour scheme, soars but stumbles slightly during the emotionally-charged second half. 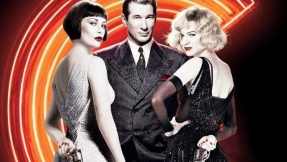 Prohibition-era Chicago was a treacherous time for most of America’s citizens. Many people had to kill to survive, and those who didn’t were manipulated beyond belief. However, for the upper class, it was an advantageous time fuelled by excess, greed, and cruel intentions. This musical movie, mixing rousing musical numbers and burlesque-style choreography, presents this piece of history as sexy, cool, and powerful. The movie adaptation, Rob Marshall’s first musical, revels in the original production’s seductive slinkiness and tangibility. Featuring a talented cast and stellar visuals, the musical was brought to life by Marshall’s purposeful direction and Bill Condon’s pitch-perfect screenwriting chops. Translating Bob Fosse’s stand-out numbers to the big screen, Marshall and co. were aided by an extraordinary ensemble. Renee Zellweger, playing against type, delivers a remarkable leading-lady performance as a lowly housewife sent to prison. Meanwhile, Catherine Zeta Jones steams up the screen as the feisty and dexterous antagonist. Throw in Richard Gere and you have a timely musical adaptation that stands the test of time some twelve years later. Graciously, the musical numbers elevate this adaptation from commendable to outstanding. One sequence, comparing Gere’s character’s methods to a rousing tap dance, is one of modern cinema’s most inspired set pieces. In addition, the Cabaret-inspired ‘Cell-block Tango’ and John C. Reilly’s ‘Mr. Cellophane’ are enthralling sights to behold against the bright lights and sultry sounds of the windy city.

Momentous: Singin’ in the Rain 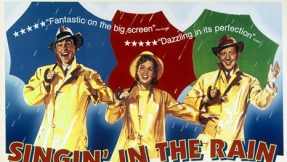 Of course, Singin’ in the Rain sits at the very top of this list. This is not just the greatest musical of its time, its one of the most profound and inventive films ever created. Developed in the golden ages of Broadway and Hollywood, the movie delves into the transition between silent pictures and the modern entertainment era. Sound, introduced to the big screen during this glorious time, destroyed several silent-era actors’ careers and livelihoods. Singin’ in the Rain features Kelly in his most valuable and transcendent role as a charming A-lister. After falling for Debbie Reynolds’ character, this talented icon looks beyond Tinseltown’s bright lights to find love in a revolutionary era. This musical, peppered with glorious musical numbers and heartfelt moments, is an emotional roller-coaster ride. With ‘Gotta Dance’ breaking up this gripping narrative, several musical numbers have placed themselves into the annals of cinema history. Open for discussion, this musical fuses cinema and theatre tropes with flawless technical and thematic precision. ‘Singin’ in the Rain’, ‘Good Morning’, and ‘Make ‘Em Laugh’ are catchy tunes that continually worm their way into our minds. Thanks to its lead actors’ significant chemistry, this phenomenal Hollywood musical looks beyond the gimmicky reflexivity to deliver a meaningful, intelligent, and bubbly ode to this popular entertainment medium.

Beyond the theatricality and bombastic motifs, the musical genre overcomes major cultural preconceptions by delivering enthralling productions. With Jersey Boys soon to be picked apart by the masses, theatre gurus and moviegoers carefully track all upcoming adaptations. Eastwood’s latest feature needs to be slick, catchy, and memorable – like the original theatre production – to succeed. The best musicals, though occasionally dated and ethically questionable, deliver impressive musical numbers, invigorating narratives, and mind-bending performances.