Is Parody a Necessary Popular Genre? – The End of the “Three Flavours Cornetto Trilogy”

When a piece of art (be it literature, film or music) is mocked by another piece of art, the latter is a parody of the former. Brendan Gill, The New Yorker film critic, described parody as “homage gone sour”, while Bruce Campbell, an actor who starred in The Evil Dead series defined it simply as “another form of comedy”. The best examples of film parodies find the correct balance between homage and the creation of comedy or making homage funny, rather than blatant displays of recent popular culture.

The latter is of course exemplified by the “Movie” movies, directed and written by Jason Friedberg and Aaron Seltzer and the “Scary Movie” franchise created by Keenan Ivory Wayans, which were predominantly critically panned, while still maintaining an adequate audience to continue the parody. On the other side of the spectrum, there have been the Three Flavours Cornetto Trilogy (Shaun of the Dead, Hot Fuzz, and the long-awaited The World’s End (set for release during July in the U.K. and August in the U.S). All three of the films (directed and written by Edgar Wright, and written by and starring Simon Pegg and Nick Frost) have used a specific popular genre as a springboard for the twisted plot, focusing on being a homage to certain cliches or tropes, rather than forcing as many pop culture references into a 90-minute time-frame. With this, a question must be asked: In today’s cultural smorgasbord, is parody a necessary sub-genre?

First, we must look at genre theory, in which, at least in Christian Metz’s (a French film theorist) hypothesis, parody was the third stage of a film genre, with every genre going through a classic, experimental, parody and deconstruction stage. If we look at the genre of the Western, an example of the classic would be Leone’s The Good, The Bad and the Ugly (1966), the experimental would be Peckinpah’s The Wild Bunch (1969), the parody would be Brook’s Blazing Saddles (1974) and the deconstruction would be the Coen brothers’ No Country for Old Men (2007). With this said, Blazing Saddles is also a classic comedy, it stands alone on its jokes and satire of incompetent leadership, while being structurally supported by its parody of the genre. A parody, especially of such a popular genre as the Western, is based on challenging the usual expectations of the audience expected to watch such a film. For example, in Blazing Saddles, at the end, the two protagonists ride away in a limousine rather than on their horses, as per the usual conclusion to a Western film. 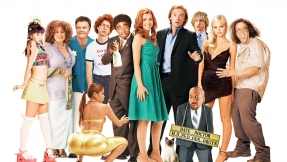 On the other side of the spectrum, you have the writer-director duo Friedberg and Seltzer, whose films (which include Date Movie, Epic Movie, Meet the Spartans, Disaster Movie) are all as equally bad, except for Vampires Suck, as it actually tries to parody a specific genre or grouping of films (i.e. the Twilight Saga). Interesting anomalies in the film industry, in that they are almost instantly dated as soon as they are released, with popular culture references (it would be more accurate to call them celebrity prostitution, because that is all it really is, riding the wave of a current film or pop culture trend). Therefore, they fall under the spoof genre, like many recent so-called “parody” movies do. Thus, they also transcend Metz’s four stages, they are created and die almost simultaneously, because all of its elements are taken from the present.

Here, we need to make a distinction between a “movie” and a “film”, wherein the former is created solely to appeal to a specific audience and to create the largest possible profit in the minimal amount of time, regardless of any degradation of artistic integrity and the latter is a piece of art, created with a purpose or underlying message throughout, an extension of humanity, rather than a gratuitous photograph of humanity which these films signify. But, then again, that is the point, Friedberg/Seltzer films are not a parodies of film genre, but rather of popular culture, and should thus, not be evaluated as a film, but rather as a singular mirror to the present media and popular landscape. Looking at their first director/writer outing, the 2006 flick Date Movie, which takes most of its plot inspiration from My Big Fat Greek Wedding and the Meet the Parents/Fockers movies, references Napoleon Dynamite, The Batchelor, the Lord of the Rings films, Jennifer Lopez, Notting Hill, Jerry Maguire, Kill Bill: Vol. 1 & 2, Hitch, Wedding Crashers and King Kong all within a 83 minute running time. In doing such, these films and indeed all parody films should epitomise the idea of laughing at ourselves. 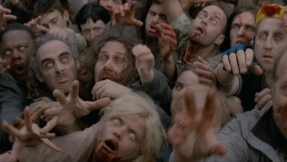 Conversely, there is the Three Flavours Cornetto Trilogy (2004-13), or some of the best modern parodies out there today, while still remaining self-contained comedies. They possess the different side of the spectrum to “spoof movies”, wherein they pay homage to film, by making the genres they love funny. Shaun of the Dead (2004) parodied zombie films, Hot Fuzz (2007) parodied buddy-cop/action films, while The World’s End (2013), a film supposedly centred around five friends caught up in the middle of an alien invasion during a “pub crawl” through their former home town, will parody science-fiction/alien invasion films. Still, it is necessary to see them as not necessarily purely parodic films, but rather comedies with parodic elements, which is where all the greatest parodies (i.e. Airplane, Blazing Saddles, The Naked Gun) stem from. The trilogy, directed and written by Edgar Wright, is instead known for its running gags, dry English humour, a fast and unique editing pace, great soundtracks and blood… lots of blood.

To put it briefly, they, like all English comedies, get parody right, perfecting the balance between comedy and making fun of other genres. Parody films, at least in terms of “spoof movies”, are not likely to slow down, as straight-to-DVD rip-offs are rife. Looking again at Metz’s theory, another theory should be posited, that “spoof films” is where all good ideas come to die. In terms of the pioneers of this genre, the disgusting duo of Jason Friedberg and Aaron Seltzer, we need to look at them in a way similar to how one would look at a dog who eats their own feces: a mixture of disgust and a degree of respect that they are doing what they think is necessary, regardless of our pleas to stop. 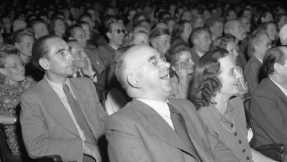 In answer to whether parody is a necessary popular genre, such a question is like asking: “Is laughing necessary?” or “Is film necessary?” and, consequently, as long as there is art, there will always be a parody of it. Yet, when you see films where 50% of its comedy derive from showing inhuman excretion of bodily fluids and references to other films for no perceivable purpose, a certain needed restraint is evident. Parody films should be funny, otherwise there is no point. But, yet again, there will always be an audience for it. Whether it is necessary or not to further humanity or to create art is irrelevant, because art it is the manifestation of self-parody, the ability to laugh at ourselves. As said by the Russian-American writer, Vladimir Nabokov, “Satire is a lesson, parody is a game.”

Posted on Jul 2, 2013 by
Matthew Sims
My name is Matthew Sims and I am a 25 year-old journalist from Victoria, Australia, writing about film and TV on the side.
Follow