It was only a matter of time before someone tried to capitalize on that newly discovered phenomenon. A few weeks ago, Amazon announced the upcoming launch of Kindle Worlds, a digital publishing platform geared for writers of fan fiction. On the platform, writers will be able to submit, publish and be paid royalties from writing that has otherwise been done for free. But there’s a lot that Amazon does not understand about fans – and a lot they’re going to have to learn.

The Kindle Worlds platform greatly resembles Amazon’s already successful platforms for self-publication of e-books. According to the Kindle Worlds press release, writers can submit works of at least 10,000 words for publication. They will receive 35% of the digital royalties every time someone buys what will be book or novella length fan fictions. Amazon also plans to launch a service for short stories (5,000-10,000 words), from which the writer will be paid a 20% royalty. Amazon has only optioned a few rights so far, to the book series’ attached to Gossip Girl, Pretty Little Liars, and The Vampire Diaries, but they plan on obtaining more rights in the near future.

The notion is a good one – rights holders will make a profit on fan fiction for the first time, and writers will be able to turn their fandom into a paying source. Given that all three of the series that Amazon has optioned are part of the Warner Brothers Entertainment Group, there’s been some speculation about future rights to the Marvel and DC Universes. Perhaps before long writers will be able to turn all that Avengers slash fiction to hard cash.

Perhaps there will be a number of fan fiction writers willing and eager to make a few dollars off their fandom. The question is: will their fandom be willing to pay for the privilege? It’s one thing to purchase ‘official’ spin-off novels based around TV series or books – there’s a long history of that in the Star Trek, Star Wars, and Doctor Who fandoms. But will readers be willing to purchase ‘amateur’ stories that would otherwise go up for free on the Internet?

There’s more to this than just will they or won’t they pay, though. Amazon’s new platform threatens one of the foundations of fandom – that fan fiction is community service and not done for profit.

It’s a mistake to view fan communities through the old concept of comic book stores and Star Trek conventions. The Internet has changed the way that fan communities are structured. Geek culture is now mainstreamed and turned into a powerful social force. In recent years, Comic Con has become a worldwide testing ground for big budget films. If the fans don’t approve of Iron Man 3 or The Wolverine, then it’s time for directors to go back to the drawing board. Media companies must please the fans before they can please themselves. Fandoms make the media empire go round.

Fanfiction.net remains the most popular site for fan fiction of all kinds, but many fandoms go way beyond that site for writing exchanges. A 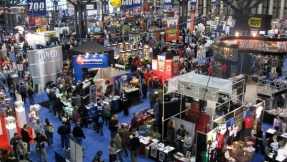 cursory Google search for Doctor Who fan fiction turns up 45 million results, including one website that boasts over 34,000 stories by 4200 different authors. The TV show Supernatural generates 4 million results, including numerous websites and livejournals exclusively dedicated to fan fiction. BBC’s Sherlock, a show with only 2 seasons under its belt, generates almost 3 million hits. And The Vampire Diaries, which Amazon now holds the rights to? It comes in low, at only 2 million hits. That’s a large fan community already writing, reading and publishing, for their own edification, massive amounts of fan fiction.

No single individual, company or creator has control over a single fan community. Authors, creators, and rights holders have no say in what direction a fandom will take. They even risk angering fans through character changes, deaths, or non-canonical interpretations within shows or films. The power and complexities of fan communities can make or break a film, a book or a TV show. It’s a million dollar business, but only if the fans agree to buy what’s being sold.

What Fan Fiction Means To Fans

Fan fiction as a genre has yet to be taken as a legitimate art form. Despite the varying quality of the work, there are few more dedicated writers, who do it not for the hope of remuneration but for the love of their subject. Fan fiction often begins at the point where the camera fades out or the chapter ends. This means that stories are often incomplete – offshoots of episodes or specific scenes that can only be understood by those with familiarity with the original text. Fans are passionate – some wildly so – and while that passion can be directed and even turned to profit, part of the fun of fandom is living outside the mainstream. It is the airing of private fantasy in a public but protected space. 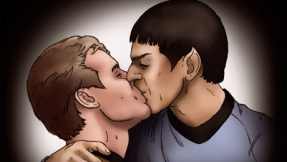 The success of Fanfiction.net and other online platforms lies in the fact that they facilitate relationships within a fan community. Readers comment and criticize each other’s writing, suggest plots and devices, disagree on interpretations, and offer continuations or alternatives. The exchange is willing and welcome – because there’s no remuneration, every writer does it purely out of love for the show and desire to please their fellow fans. This means that an entire community becomes responsible for the writing. Writers change their styles or subjects in order to please as many people as possible. Through the medium of exchange, fan fiction becomes a form of populist art. It represents the masses taking over their media in the most direct way.

Development within fan universes will have to change if Kindle Worlds succeeds in its goal. Fan fiction is based around exchange – fans agreeing, recommending, commenting, writing, and re-writing. The second you make that a paying enterprise, the exchange will begin to dry up. Fans will once again be single writers working in their rooms, without the support of their community. No longer will chapter-by-chapter fan fictions be guided and directed by the fandoms. By commodifying it, Amazon threatens to take the community element out of the writing of fan fiction. 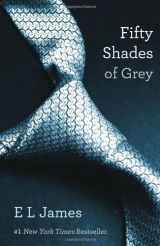 Due to the anonymity of many fan communities, it is difficult to parse out the gender/age groups of most fan fiction writers. However, one study done in 2010 found that a vast majority of writers were self-identified girls/women between the ages of 15-25. The readership of fan fiction is usually weighted in favor of women, and novels like 50 Shades Of Grey are marketed for women. Amazon obviously understands this – Pretty Little Liars, Gossip Girl and The Vampire Diaries are all heavily weighted towards the young female demographic.

But some of the most active fandoms are not ‘female-centric’ at all. Shows like Supernatural and Sherlock are massively popular among young women, inspiring legions of homoerotic fan fiction with male characters. This trend in slash fiction has been observed before, most famously in the relationship between Kirk and Spock. It’s long been an accepted media trend that straight men find girl-on-girl action arousing – a simple scroll through fan fiction archives and you’ll find the male-on-male fantasies of thousands of young women. That’s a demographic that has never been courted. It’s a demographic that has never even been acknowledged.

But does it really want to be acknowledged? There is something inherently underground about fan fiction – most writers write anonymously or under pseudonyms. The pleasure of it comes from anonymity, the chance to air fantasies publicly but safely, with a supportive community that feels the same way. Making it totally public, with actual names attached, as well as removing the communal aspect means that many fan fiction writers will lose their anonymity and their autonomy. It means that private fantasies will become public knowledge.

50 Shades Of Grey showed that even the poorest form of pornographic writing could sell, and sell exceptionally well. It also showed that women of all ages are a demographic that has never been exploited when it comes to pornography. Amazon will have to open up to any manner of erotic writing if they’re going to attract communities willing to pay good money for fan fiction. That mainstreaming could mean a cultural awakening to fantasies that come not from the minds of men, but from the minds of women. Or it could result in the mainstreaming of communities that want to continue to be anonymous, sharing their ideas, imaginations and fantasies only with a select group of people. In either case, before it is successful Amazon will have to accept the truth that fan fiction, nine times out of ten, means pornography.

And in the end…


It is a matter of conjecture what the Kindle Worlds platform will mean, to fan fiction, to fan communities, or to Amazon itself. Although there are still problems with self-publication and e-books, there’s no doubt that Amazon’s platforms have already changed the way the industry thinks and operates. Amazon might just be trying to get in on the ground floor of a form of writing that has the potential to be profitable. Or it might be pioneering the way fan communities will operate from now on.

What continues to bother me about Kindle Worlds is that simply by attempting to legitimize fan fiction in a platform, Kindle Worlds claims that fan fiction is not yet legitimate. There’s an inherent disrespect for the medium, and a disrespect for writers who have written for love of their fandom. Fan fiction has often been treated as a bastard child of romance and pastiche, which it is not. It is the imagination of the fan allowed to dwell on scenes never shown, paths never taken. It is the continuation of episodes following their end, and films following the last fadeout. There are thousands of different routes to take, but all of them have the same end: to create a world by fans and for fans, independent of mainstream control or commodification. It is a community, an exchange, and a fantasy world. Take that away and you’ve taken away the joys of fandom.

Posted on Jun 20, 2013 by
Lauren Brooks
Lauren is a freelance writer with a longstanding interest in horror film, British TV and steampunk literature. She holds two Masters in Film and Creative Writing.
Follow