Oscar Wilde: Social and Sexual Commentary in “The Harlot’s House”

When we think of Oscar Wilde, we tend to think of the snarky, clever, and witty creator of such classic pieces of literary social satire as The Importance of Being Earnest and The Picture of Dorian Gray. We know him for his openly flamboyant “dandy” persona, and for the scandal that erupted around the reveal that London’s prized playwright was, in fact, consorting with young men rather than his own wife. We adore his one-liners; some of us are fortunate enough to visit Paris and kiss his grave that, although now surrounded by glass, is speckled with lipstick stains. But for all of this, the great Oscar Wilde was also a prolific poet–and he used his poetry to comment on and expose the hypocritical reality of the social and sexual regulations placed upon London’s people by its patriarchal heads of authority.

One such poem was The Harlot’s House, published in 1885 in The Dramatic Review. In the eyes of 1890s London society, prostitution represented the center of urban depravity through its contribution to the ethical and physical corruption of civilians. In this poem, the middle or upper class male narrator and his female companion go slumming through the poor areas of London for their personal enjoyment. The narrator’s impressions of the sexually unbridled activity within the harlot’s house resonate with Victorian society’s prejudice toward individuals who live outside of both societal and sexual norms, and Wilde seems to use his narrator as a mouthpiece for  society’s reaction to brothels.

From the first stanza of The Harlot’s House, the narrator responds to the socially liberated environment of the brothel through metaphors describing the women as supernatural and ethereal. As members of the middle class or bourgeoisie, the couple “loitered down the moonlit street,” strolling and ambling through the debauched areas of the city for their own personal curiosity and nothing more. The first sensory information that the narrator receives about the prostitutes and their customers is not sight, but the sound of the “tread of dancing feet.” This indicates only the sound of motion rather than the sight of physical men and women. In addition, the narrator describes these human beings as “shadows,” “ghostly dancers,” and “slim silhouetted skeletons.” This only goes to de-emphasize their physical existence while raising them to a supernatural level as creatures that frighten human beings. In an ironic way indicative of Wilde’s humour, through condemning them for living detached from society, the narrator in fact provides the harlots with authority over the human world through their ability to shape-shift and prey on men—especially through sexual temptation

Prostitutes as Objects without Gender 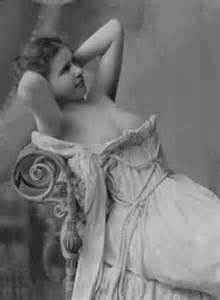 Almost paradoxically, while the narrator does suggest that the harlots are closed off from London society because of their sexuality, he also describes them as objects that totally lack gender. Wilde achieves this tone of objectification through the narrator’s shift in pronouns used to describe the fallen women. First, he details the sight of a harlot holding a lover “to her breast,” but then when a woman crosses the threshold between her world of social disobedience and London’s world of social customs, Wilde describes the scene in the following way:

Came out, and smoked its cigarette

Here Wilde replaces any form of gender specification with “its,” emphasizing the narrator’s close-minded judgment of and anxiety towards women who exist outside of social boundaries. Victorian London rejects their social agency and individuality, labeling them unjustly as socially extinct.

In contrast to the narrator’s previous allusions to the women as ghost-like, he goes on to view them as tangible machines and puppets controlled by the wires and fingers of society. He equates the fallen women with machines in that they are “[l]ike strange mechanical grotesques” and “[l]ike wire-pulled automatons.” Mechanical inventions must be “wire-pulled” or governed by some outside entity—in this case, by the biased ordains of society. Wilde uses the language of puppetry by describing a real woman as “a horrible marionette” to emphasize his social purpose; Victorian society, in all its hypocrisy, relishes in waging power and control over prostitutes as puppets in their play.

Patriarchal Limitations on Love and Sexuality

In addition to the perspectives on the “fallen women” themselves, Wilde also includes the narrator’s perspective on those who visit the whorehouse. The first time that the narrator refers to the men who visit the harlot’s house occurs when one of the women “pressed/ A phantom lover to her breast.” The modifying word “phantom” placed in conjunction with “lover” implies that these men could have been what the narrator views as “real” or “true” lovers, presumably like himself, but the satisfaction achieved through the love of a harlot is false. To society and the narrator, the enjoyment of sexual love for its own sake (a reason for celebration in Wilde’s social and aesthetic circles) represents only the shadow of the love he, the narrator, believes he shares with his female companion. The narrator says to his lady-friend that “The dead are dancing with the dead,/ The dust is whirling with the dust.” As this assertion shows, male-dominated Victorian society maintains that prostitution is socially dead, and so discards its unbridled sexuality as morally sterile in an effort to protect innocent female society from such corrupting sexual beliefs. 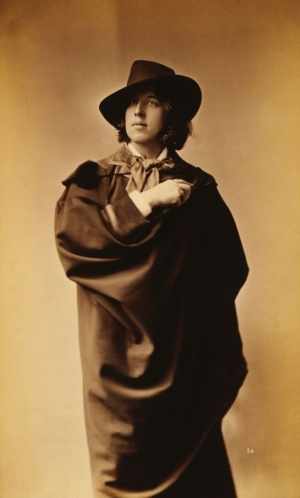 In Wilde’s prolific body of work, his poetry is perhaps the least known of the genres, and yet Wilde the poet still employs the same cleverness and tongue-in-cheek humour in dishing out his social messages as he does in his short stories and plays. Each description of the prostitutes, the house, and the narrator’s female companion carries the weight of a Victorian aesthete’s critique of bourgeois society’s discrimination of which he himself is a victim. Through his social and sexual criticism of the narrator as society’s disciple, Wilde emphasizes his view that Victorian London lives in fearful prejudice toward sexual pleasure that breaks orthodox boundaries and exists, not for some ideal purpose, but simply for its own joy in existing.