Pokemon Gold and Silver: Peak of a Phenomenon

Pokemon is a phenomenon that swept not only its native Japan, but the whole world. It is now the highest grossing media franchise in history, and has immensely evolved (pun entirely intended) during its near 25 year run. One particular set of games is also approaching its twentieth and it feels appropriate to look at where those games stand after receiving so many follow ups.

Gold and Silver extended the juggernaut of a craze that its predecessors started. These games, as well as the spinoffs and anime episodes they inspired, were fully fledged sequels of Red, Blue, and Yellow. They took the mechanics and setting of the first generation and expanded it. This separates Gen 2 from the following generations, which followed Gold and Silver’s practice of continuously changing, innovating and polishing the mechanics, but introduced regions that are much more individualized in their lore, Pokemon, and characters.

New but not Entirely New

Unlike its newer counterparts, Johto is fully connected to Kanto and never bothers hiding it. The region’s own professor, Elm, is overshadowed by his Kanto counterpart; Professor Oak introduces players of Gold and Silver to the world of Pokemon and is properly introduced early on in the journey. Sentret, Hoothoot, Spinarak, and Ledyba, Johto’s respective early game Normal, Flying, and Bug types, have no problem sharing their routes with Rattata, Pidgey, Caterpie, and Weedle, their Gen 1 equivalents. Team Rocket, the villainous team of the first generation, comes back in Gold and Silver, and the dialogue specifically indicates that the crime syndicate returned after three years of inactivity.

Other connections to Gold and Silver’s predecessors become more obvious as the games progress. Members of the original cast of 151 Pokemon are just as common in the Johto region as they are in their supposedly native Kanto. Several Pokemon introduced in Gen 2 are part a Kanto-related family, whether they are pre-evolutions (Pichu, Cleffa, Igglybuff, Elekid, Magby, Smoochum, Tyrogue), evolved forms (Steelix, Blissey, Crobat, Scizor, Kingdra, Porygon2) or part of a branched evolutionary line (Politoed, Bellossom, Espeon, Umbreon, Slowking, Hitmontop). Lugia, one of the new legendary Pokemon and the mascot of Silver Version, even leads the trio of legendary birds from the first generation! That’s not even counting the Johto Pokemon that were introduced to the public before their debut generation, such as Togepi, Ho-Oh, Marill, Donphan, and Snubbull.

All of these blatant connections to Kanto comes to a logical conclusion when the game reveals that Johto and Kanto share the same Pokemon League, leading to the player fighting an Elite Four that still includes Bruno and now includes former Gym Leader Koga, cumulating into Lance, originally the last Elite Four member the player had to face, being the champion. A post-Red and Blue Kanto could be visited after beating Lance, and the player could challenge all of the original Gym Leaders except for Giovanni, who is replaced by Blue, the original champion. For one final hurrah, explorative players were rewarded with what is considered nowadays as an iconic surprise: an opportunity to fight Red, aka the player character of the first generation.

Gold and Silver also modified the gameplay in a way that made Red and Blue feel somewhat foreign in comparison. The introduction of concepts such as most Pokemon now having genders, Pokemon Eggs, and breeding, Pokemon being able to hold items, the Steel and Dark types, Shiny Pokemon, the in-game clock, the abandonment of the Special stat in favour of the Special Attack and Special Defense stats, and many more, polished the way of playing Pokemon like there’s no tomorrow. Even though there were only two sets of games at the time, the differences between the second generation and its older brethren were staggering. Not only did the Pokemon look the way the artwork and merchandise depicted them, with a few exceptions, but the universe we’ve come to familiarize ourselves with and love dearly became bigger.

The characters we already knew were still there, but feel a bit different from their last encounter with the player. Raising Pokemon and using them in battles became a different beast altogether, with the mechanics receiving layers of complexity that the later games would downright spoil. Suddenly, battling did not just consist of spamming the most powerful attack in your arsenal while using the occasional status move. The system still favoured brute force, but strategy was much more encouraged. Indeed, there is a competitive scene for Gold and Silver, and it is notorious for its reliance on the setup move Curse. Although it lacks contemporary staples such as abilities, natures, and the physical/special split, and it is starting to show its age after twenty years, the Gen 2 battling system is still rather accessible and comfortable enough to build a team with. It is rather easy to live with a Pokemon’s same type attack bonus not benefiting from its stats or the absence of a Pokemon’s innate characteristics that can be potentially game changing. On the flipside of things, it is rather difficult to endure an archaic bias towards the Psychic type, a Hyper Beam that does not need recharging when it KO’s, and an indeterminate amount of sleeping turns a la Generation 1.

The original 151 Pokemon and the games that introduced them will probably always represent the franchise to the common folk. It’s only normal, they are so unbelievably iconic and their impact on pop culture, especially that of the late 90’s and early 2000’s, cannot be underestimated. However, Gold and Silver and what they brought to the table are the things that kept the “Pokemania” going. They took everything from the originals and gave more development to those concepts. The world was unapologetically connected to what Red, Blue, and Yellow introduced, and the tweaks made to the gameplay and visuals dedicated themselves to specifically improving the immersive experience offered by the first games. Even the supplementary media follows a similar pattern: Stadium 2 was a direct sequel to another spinoff released on the same console, but for the first generation, and the anime featured the same trio of Ash, Misty, and Brock in their classic attires, a trend that would stop with the Gen 3 episodes. Gold and Silver came out at the peak of the initial Pokemon craze and rounded it off with its sister game, Crystal, and the eventual conclusion of the Johto anime that involves Ash departing for Hoenn without his former companions. It wouldn’t take long for Brock to start travelling with Ash again, but that’s beside the point. 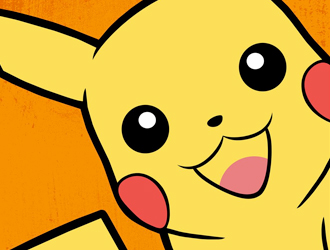 While the other generations of Pokemon decided to distance themselves from each other to a certain extent and contribute to the franchise in a way that would focus on simply polishing and enriching the gameplay, the generation that brought us Johto ironically individualized itself by complimenting what its predecessor had to offer and heavily focusing on its relationship with Kanto. If Pokemon actually ended after two generations as intended, Gold and Silver would have been a spectacular finale.