5 Political Films You May Have Missed

Hollywood loves a political film; from Wag the Dog and Dr. Strangelove to today’s modern blockbusters such as Steven Spielberg’s Lincoln. Political films are always popular. They have the ability to inspire, engage, educate, and entrance all at the same time. They also have a certain edge over other genres as they, more often than not, contain at least a partial truth. This imbues them with credibility and perhaps allows them to get away with more dramatic license than they should be able to. So far 2013 has been a disappointing year for political films with none that really stand out. Upcoming releases on the topics of Julian Assange and Nelson Mandela do look promising however. But in the meantime here are 5 recent political films that you may have missed. 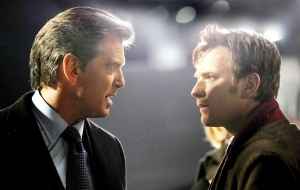 The Ghost Writer is a political thriller directed by Roman Polanksi and based on Robert Harris’ novel The Ghost. An unnamed author (Ewan McGregor) is tasked with completing the memoirs of Adam Lang (Pierce Brosnan) the ex-Prime Minister of the United Kingdom. His predecessor and Lang’s long serving aide died in an alleged accident, but this is far from the first mystery that the author encounters. The film quickly descends into a race to find out the truth, however uncomfortable it may be.

The Ghost Writer delivers on two accounts. Firstly, its a very good film. It is packed full of twists and turns. A sense of mystery and intrigue is heavy and pervades the bleak setting of Martha’s Vineyard. We are always aware that there is something we do not know. The cast is excellent: particularly Pierce Brosnan as Adam Lang. Charming at times, but with a menacing undercurrent. The viewer is kept on their toes, never quite knowing what to make of the ex-Prime Minister.

Secondly, The Ghost Writer  delivers with its politics. It is quite clear that Adam Lang is a thinly veiled caricature of real life ex-Prime Minister Tony Blair. We are treated to themes such as the legality of the Iraq War and the ‘special relationship’ between the US and UK. It keeps the film, while a work of complete fiction, current and furthermore gives it an air of legitimacy. As if something like this could actually happen.

The novel that the screenplay was adapted from was on the reading list of my University and it is easy to see why. It is the perfect book, and film, for people who are interested in politics, especially anglo-american politics. 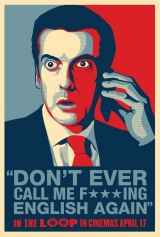 While The West Wing may glamourise politics to absurdity, In the Loop satirises it to the point of credibility. Using many of the same characters as his highly popular television series, The Thick of It, Armando Iannucci presents his view of anglo-american politics complete with bungling British ministers, war mongering American generals and even a ‘dodgy dossier’. The format is the same as the television series with the viewer taking an almost fly on the wall role of the goings on of government officials and politicians. The storyline starts with the Minister for International Development, Simon Foster (Tom Hollander), confusing his governments message on the possibility of a war in the Middle East (at one point saying it is ‘unforeseeable’ and then later saying we may need to ‘climb the mountain of conflict’). He is then plucked by the Americans to be used as a pawn for both the pro-war and anti-war groups. The film centres around the debate on whether to go to war or not.

In the Loop is satirical comedy of the highest grade. While clearly being a quite absurd version of events, it manages to keep its feet on the ground just enough to carry an element of believability. Tom Hollander plays the clueless minister superbly and Peter Capaldi reprises his role as spin-doctor extraordinaire Malcolm Tucker to great effect. From great one-liners to some of the most creative swearing I’ve ever seen with even a bit of slapstick thrown in (for instance, details of the ‘secret’ war committee are leaked resulting in a heavily overcrowded conference room) In the Loop will keep you lauging.

Out of all the films in this list, In the Loop shows politics and politicians the most faithfully. While at the same time providing brilliant comedic characters and scenes. These combine to give one of the best political films I have ever watched. 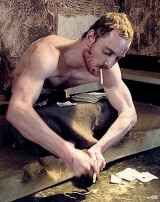 Directed by Steve Mcqueen, Hunger is an uncompromising look at the 1981 Irish hunger strikes in the Maze Prison. Michael Fassbender plays Bobby Sands, a young IRA member who led the second hunger strike and participated in the famous ‘no wash’ protests. The film follows his time in prison as he slowly deteriorates and eventually dies. It shows the struggle of the prisoners to be recognised as political prisoners and not as terrorists. Some have questioned whether it glamourises their position, showing the prison officers and British Government in an unfair light. I disagree with this whole heartedly. The film’s graphic portrayal of their struggle in no way glamourises their position. It may portray them in a favourable light, but this is only because they were treated so harshly.

Make no mistake, this film is not for the faint hearted. We are shown numerous prisoners being beaten (at one point by guards in full riot gear), and worse than that graphic scenes of the dirty protests. Faeces covered cells, urine irrigated into the corridor. These are the lengths that prisoners went to to protest what they perceived as wrong. The shock factor clearly hits it’s target, but so to does Michael Fassbender’s portrayal of Bobby Sands. Most notably for his ‘Foal’ monologue which was shot in a fixed position for an unbroken 17 minutes. Cunningham and Fassbender temporarily moved in together and practised this scene between 12 and 15 times a day. His clear dedication to the role translates to a powerful and moving performance. Hunger highlights just how important this period in British politics was, and how strong feelings were on either side of the Irish Sea. For a brutally honest and uncompromising look at the belief of the IRA go no further. 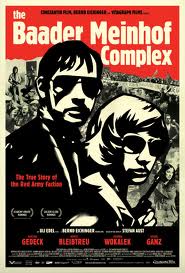 The post-WW2 generation of Germany had a hard time coming to terms with their own country’s history. Some saw it as a chance to start again and prove to the world it was an anomaly. Others, however, could not get over the fact that their own parents were involved in the horrors of the Fascism. The Baader-Meinhof Complex tells the true story of a group of young left-wing terrorists who fought against what they believed to be a West German fascist state. Based on the non-fiction book of the same name we see the creation of the Red Army Faction, it’s arson attacks and bank robberies, and it’s eventual decline with the trial and group suicide of it’s most prominent members. It’s a dramatic re-telling of an extremely turbulent and divisive time in Germany’s post-war history.

The groups most prominent members, Ulrike Meinhof (Martina Gedeck), Gudrun Ensslin (Johanna Wokalek) and Andreas Baader (Moritz Bleibtreu) are all played superbly. They are able to bring to life the complete conviction and heartlessness that allowed the group to carry out their operations. That we can understand their motivations is what makes the film a triumph. Clearly West Germany was not a Fascist state, yet these young people believed it to such an extent that they felt comfortable committing murder. The filming, costumes and sets all combine to faithfully recreate the 1970s and 1980s, reinforcing the powerful performances of the three main characters.

There has been much debate over whether the film shows the terrorists in too favourable a light. To some extent, I think this could be true. As I watched it I felt myself getting sucked in and unconsciously willing the protagonists on. Part of this lies in the performances of the actors and part of it lies in the sheer length of the film (149 minutes). However, once the film ended and I set about reading the original book and learning more about the group, I realised how absurd their ideas and views were. For me the group suicide near the end of the film highlights how they lost, and were right to lose.

The Baader Meinhof Complex is a faithful retelling of the story of the Red Army Faction. We see their corrupted ideas and motivations, their bloody campaign against the West German Sate, and their eventual defeat at the hands of justice. This is a great film for an often overlooked piece of political and social history. 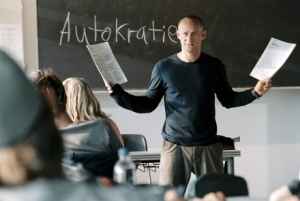 One of the most asked questioned about the rise of Fascism in Germany in the 1930s and 1940s is just how it happened. How did a previously democratic country slip into the grip of an authoritarian regime with it’s people seemingly ignorant to the atrocities carried out in its name. This is the question that Dennis Gansel tries to answer with The Wave. We are introduced to Rainer Wenger, played by Jürgen Vogel, a teacher at a German high school. He is tasked with teaching his class about the concept of Autocracy as part of a project. When his students don’t believe that a dictatorship could once again be started in Germany, he sets out to show them how easily people can be manipulated.

This is a fascinating look at mind and behaviour control through a political and psychological lens. Wenger creates a fully functioning dictatorship with himself as leader. The class wears a uniform, stands to address Wenger, and even have their own salute. However, what starts out as a social experiment (based on a real life experiment called The Third Wave created by Ron Jones) quickly descends into something else, with disastrous consequences. It makes you think very hard about how people can be controlled, as seemingly simple things have big consequences when used in the right way. Overall the film is well structured with the viewer well aware that it is building up to a conclusion. We get to know the students and Wenger very well over the course of the film, which makes the ending even more shocking. This really is a hidden gem and out of the 5 films I have chosen here this is the one that I think everybody should watch. It is one of those films that begins in a fairly light hearted manner but by the end has revealed itself to be a deep and well thought out piece of cinema.

Posted on Aug 24, 2013 by
Thomas Currington
Politics graduate from the University of Sheffield. My main interests are literature, TV and film. Favourites: Kerouac & Fitzgerald, The West Wing, American Graffiti
Follow