Refusal to Settle: Why I Love Skyler White 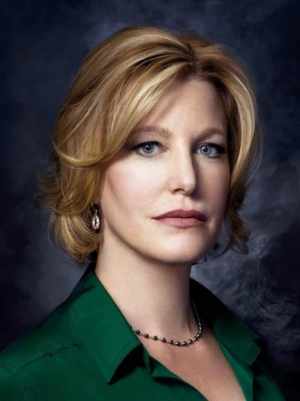 When I tell people my favorite show is Breaking Bad, I am usually met with the same reaction. Their eyes light up, they smile from ear to ear, gush about the complex characterization of the world of drugs, gush about the glorious cinematography and the use of the Albuquerque desert landscape as an allegory, and then say the exact same thing. “I just wish Skyler wasn’t in the show, she’s the worst character.” But unlike most people, I was enthralled with Skyler White from Breaking Bad’s incredible pilot episode all the way through to its heart-wrenching series finale. I found her to be a complex and well-written female character, despite her personality’s severe edge and her tendency to do what the audience doesn’t want her to do – actually, perhaps because of those very aspects of her.

The women of Breaking Bad are unfairly derided by the show’s viewers. Skyler White is associated with eye rolls and deep sighs because she says and does things that cause tension with her male counterpart, Walter White. To me, it is precisely this tension that makes Breaking Bad’s leading lady so compelling to watch; she is not afraid to stand up to her man and act on her own emotional callings. Skyler does this when she allows her anger to come out and when she eventually cheats on Walt in Season Three’s iconic episode “I.F.T.” Skyler White is not the worst. She is a multi-faceted, important character that represents important aspects of the story Breaking Bad tells; and she does not flinch when her story is hard to watch.

Skyler White is despised by viewers largely because of her attitude toward Walt, which many people will describe as “bitchy”. To use a word like “bitch” to describe Skyler White is not only demeaning, but also strips her of her character traits. Skyler White may not be the most likable woman in the world, but in the universe of Breaking Bad and in the White household, she is one of the only people whose actions have any moral fiber. Her anger and lashing out at Walter is justified when his actions are taken in a greater context, and his resentment of her, paralleled by the viewer, is childish.

When Walter first gets involved in meth production, his first instinct is to lie to his wife. The viewer swallows this quite easily; after all, they got into the show knowing that the main character is an anti-hero and that he is deeply flawed, and the viewer sympathizes with his desire to keep his cancer and his methods of dealing with that cancer to himself. On some level, the viewer understands that Walter wants to shoulder the burden himself. When Skyler discovers the cancer and tries to help Walter, however, the viewer should be expected to see her actions as sympathetic. But instead, they find her annoying. She has a harsh edge and a severe tone to everything she says and does, and the viewer is turned off to her immediately because of that. This does the character of Skyler White a great disservice. Her harshness, her severity, and her justified anger at Walt for hiding his medical problems from her (his wife, for goodness’ sake!) do not make her a villain. They make her normal. It is normal for someone to be upset and angry in response to a personal tragedy. Skyler faces the tragedy of Walt’s cancer, the tragedy of learning he’s lying to her, and eventually the greatest tragedy of all – knowing that he is a drug kingpin – and her grief manifests itself in anger and resentment. The viewer tends not to sympathize with her resentment, rather denying her agency over her grief. Interestingly, the viewer is completely okay with Walter’s resentment of Skyler – in fact, they tend to encourage it and maybe even experience it themselves. But is Walter’s resentment justified? No! Not in the slightest! So why is the viewer on his side? 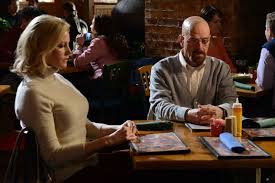 Walter resents Skyler because she turned out to be smarter and more complex than he expected. When Walter met Skyler, she was a pretty blonde waitress, nothing like his ex-girlfriend Gretchen, who he was convinced had betrayed him simply by having ownership in his company Gray Matter. Walter was afraid of being with a woman – or a business partner – who was stronger and more talented than he was, and so he turned to Skyler for comfort, thinking she would be a harmless patsy in his greater schemes. Of course, those schemes were at first simply to dominate in the field of chemical entrepreneurship, not necessarily to delve into the world of drugs and methamphetamine, but in both cases, Walter expected Skyler to bow to his every will. When that did not happen, he became incredibly hateful and resentful of his wife as a result. In response to that resentment, Skyler lashes out, first in the form of a severe and angry attitude, and later in more concrete ways, like cheating on him with her boss and then eventually leaving Walter.

It is cruel, really, how the viewer empathizes with Walter’s resentment and finds Skyler’s to be so distasteful. Skyler White’s anger is completely justified. She’s not the worst character on the show for having a resentful and severe demeanor; her behavior is a direct result of the emotional trauma she’s gone through as a result of her husband’s selfishness. She’s the only character in Breaking Bad whose attitude really makes sense, and unlike the average viewer, I love her for it.

Posted on Aug 13, 2015 by
Kathleen Lassiter
Kathleen is a TV production professional in the greater NY area. She is also a freelance writer published across the web.
Edited by Amanda Dominguez-Chio, Jamie White, Joe Manduke, Adnan Bey.
Follow