12 Supernaturals with a Soft Side 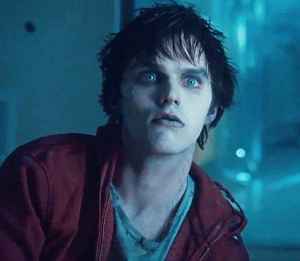 The search for acceptance; it’s a continual struggle for many people. Wanting to be understood by our peers and finding the satisfaction of having someone to share our lives with are both large parts of what comprises our humanity. But imagine how much more difficult those individual connections are to make when you’re not actually human? It’s a common trope that’s found within many movies. R in Warm Bodies is the latest embodiment of this sort of tortured creature in cinema. He feels disconnected, but carries hope that he will overcome his zombie limitations and win the lovely Julie. After watching R’s tale, I found myself reminiscing over other monsters/supernatural beings who at the end of the day, just want to find love or even friendship. Here’s who I got… 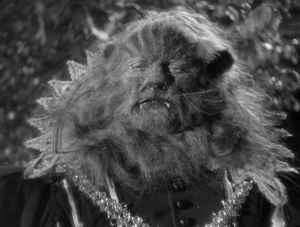 It’s a tale as old as time (just couldn’t resist). Well, it’s not quite that old, but Beauty and the Beast has been around for quite a while. Beast is the poster child for looking beneath the hideous, inhuman surface, and learning to appreciate a being’s inner beauty. There are numerous adaptations of the accursed prince, but the tale stays essentially unchanged. In Beast’s case, his need to find love is an imperative to reclaiming his humanity, not just a fond desire. 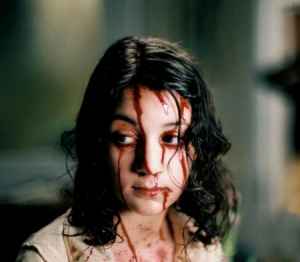 This one’s kind of a gimme, so I figured I’d get it out of the way early. Every vampire story comes loaded with it’s own lore and rules of the game. By and large, though, most of them come prepackaged with angst and/or various forms of emotional complexity. It’s not a new fad, Dracula himself was the embodiment of an age coming to terms with its own sexual repression. I’m not saying there aren’t a few of the bloody badasses left who are completely without an inkling of humanity, but Edward and the Cullen clan have a much larger reach to people today of what vampires are. Another, slightly more respected example, is Eli, from Let the Right One In. She is absolutely a killer trapped in a child’s body, but she too feels desire for human companionship.

William Sadler’s Grim Reaper definitely makes death seem just a bit more fun. As a direct riff on the The Seventh Seal‘s Death, Bill & Ted challenge Death to epic tests of cunning – Hasbro and Milton Bradley style. Through a series of zany happenings and gratuitously absurd narrative twists, bonding happens. By the end of the movie, it’s easy to see that Death’s just kind of lonely; and he wants the chance to rock out a little. 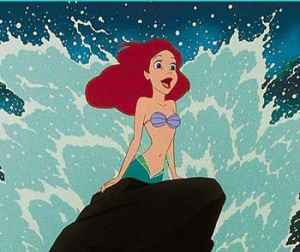 When you think about it, mermaids really aren’t naturally synonymous with longing for humanity. The originating archetype that comes to mind are the beautiful creatures luring sailors to become lost in the sea. Hans Christian Andersen went and created the classical version of The Little Mermaid that’s so well-known today – of course, his story doesn’t have quite the same ending as the Disney version. Still, Andersen’s the one who made the mermaid’s tale one of such intense longing. Splash is basically a modernized live-action version of the same story, but the twist is Tom Hanks gets to live in the sea instead of Madison, the mermaid, becoming human! He doesn’t become a merman or anything, he just spends the rest of his life underwater – it’s best not to over think that one. 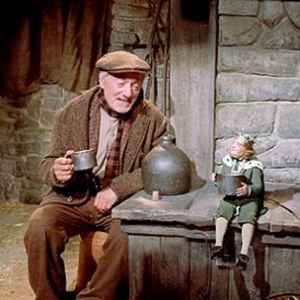 Of everyone on this list, King Brian is far and away the most content with his supernatural status; he is, after all, a king. What’s so great about the aristocratic leprechaun is not that he’s wanting to change anything about his current existence, so much as he’s just looking for a drinking buddy to play games with. After being around for so long, he’s not one who’s looking for a way out of his situation – the imp just wants to have a little fun. King Brian shows his true colors, though, when his friend Darby gets in a tight spot, and in the end comes through for his friend in a pinch. 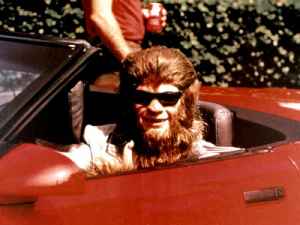 Admittedly, Teen Wolf takes the whole puberty metaphor a little far, but there is a certain relatability offered for the teen set. Scott, played by the ridiculously adorable Michael J. Fox, learns that no matter what freakish super powers he may have inherited, the most important thing is to be true to yourself. Unsurprisingly, by being a cliche’ highschool jerk spurred on by his superpowers he loses the friends that really matter the most, only by being himself and setting aside his werewolfness does he win the important people in his life back. It’s a message to take to heart. 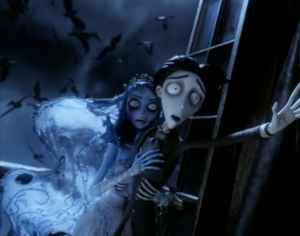 Like R, the allegorical Corpse Bride, Emily, is another example of a reanimated corpse looking for love. Luckily, though, she’s not burdened by the need to feast on human flesh, she’s just trapped in a tragically single status. More than anything she’s trying to hold onto her lost dream and the hope of reclaiming the happiness that was promised yet never received.

As one of the most beloved characters of the Harry Potter franchise, Hagrid has a special place in the hearts of many Potterheads out there. He’s the loveable half-giant that brings Harry into the world of witchcraft and wizardry. We learn in Order of the Phoenix that Hagrid is somewhat unique in his half giant status. After meeting his brother, Grawp, we learn that 100% giants are not typically social/loveable creatures. Not fully human and yet not fully giant has got to lend a great deal of awkwardness to person’s life. Hagrid lacks in many social graces and is accepted mainly through the friendships he forges with Dumbledore and Harry. As far as love goes, one would assume that there’s little hope, but luckily in Goblet of Fire Hagrid meets a sophisticated lady half-giant. While it’s not the epic romance of the century, sparks happen. That alone shows that there’s hope for the big-hearted Hagrid.

Wings of Desire is a beautiful romance that follows angels as they perform their heavenly duties and look over the people of Berlin. The story hones in on Damiel, who’s fixated on a beautiful trapeze artist. Damiel wrestles with the decision to give up immortality and become human, and experience all that comes along with humanity like physical sensations and emotions, both good and bad. As this list proves, desire is a great motivation, and the exploration that this film takes in defining humanity and how desire is such a driving force is fantastic to experience.

This sci-fi/creature-feature is a crazy-fun play on the whole alien parasites take over a small town plot. Among many of the enjoyable twists is how the head alien parasite maintains Grant’s, the human host, love for his wife, even after he is taken over and begins transforming. The strange creature loves Starla through it all and, oblivious to its own hideousness, tries to woo her back. Not that a giant, ugly squid monster has a chance of winning the girl, but love just seems to drive all thinking beings to crazy things. Obviously, the level of humanity here is very slight, but that love keeps him eligible for this list.

In Spike Jonze’s Where the Wild Things Are Carol and all the Wild Things, while adorably monstrous in appearance, are not really monsters at all. They’re imagined creatures of a sad somewhat lonely boy, Max, and each creature is a reflection of Max’s inner psyche. These monsters are as human as it gets because they each represent a piece or projection of a child’s humanity. They show insecurity, the need for friendship and acceptance; they fight, they threaten, they have a wild rumpus. 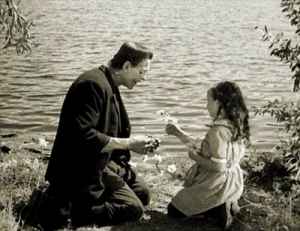 Frankenstein’s monster is the epitome of an unfortunate creature longing to feel the joys of humanity, but being doomed from ever making a true human connection outside of his maker. The monster can never be human, he’s a perversion of what life is, and while being initially innocent – his short life is filled with very little kindness. As far as we know he has no recollection of his previous life; he’s simply thrust into existence as something completely other and wrong. While the monster attempts to make sense of society, his inability to understand it leads him to harm. Naturally, the classic monster movie ends with tragedy. Unlike many on this list, he cannot overcome his loneliness and find a place within the world. As contradictory as it seems, that unsatisfied inability to make sense of life is about as human as it gets.

Posted on Mar 9, 2013 by
Rosanne
Rosanne spends her free time hanging out with her husband, constantly searching for films that are exciting, evocative, enriching, or emotional. She also likes alliteration.
Follow