The Importance of Scoring in Films 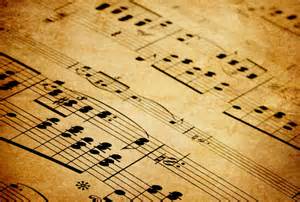 Every song has a story. Even instrumental music can tell its listeners a story: a slow, weeping song of two star-crossed lovers, or a cymbal-filled exciting story of a great battle between two armies. It’s virtually impossible to have a song that doesn’t tell some kind of story, or evoke some kind of emotion in its listeners. Maybe that’s why we humans have a tendency to listen to music so often; that way we always have a story other than our own to accompany us on our journeys and give us strength through difficult times. These songs provide this emotional strength to films, and give them narrative as well as something further than just acting for viewers to connect to. Basically, the score just adds an extra dimension to the movie. Instead of just appealing to viewers’ visual senses, they now appeal to the visual and the auditory senses. It’s basic science really- the more senses that are appealed to, the more interesting a person will find something (in some cases- not all). Yet there are so many different ways to do this. Using music itself to create tension, using the sound of a quickening heartbeat to quicken viewers’ heartbeats, or even the artistic use of silence to leave the audience in wonder and anticipation. For this reason and many others, soundtracks are an extremely important piece of the magical puzzle that becomes films- without them, an entire dimension is lost, making it much more difficult for audience members to disappear from their own world into the new world the film invites them into.

There is no more famous score in the entire world than the score for Star Wars. To simply close one’s eyes and imagine Darth Vader’s heavy breath and the dramatic sweep of his cape behind him is to hear the Imperial March playing. To even hear the two words: Star Wars is to hear the main theme blasting magnificently out of whatever speakers may be near. If you’re a bit more of a Star Wars nerd, you could probably hear “Duel of the Fates”, or “Battle of the Heroes”, or even “Luke and Leia” and know exactly what would be happening in the movie without the movie even needing to be present. And that’s only one movie and one composer. Just think about the many thousands of thousands of movies and thousands of notes that are strung together to make movies more memorable. The number of songs? Infinite.

Now, Star Wars isn’t the only classical soundtrack that’s reached critical acclaim. Hans Zimmer and his soundtracks for the Pirates of the Caribbean movies haven been noticed worldwide for the magic they give the film. The happy violin in “He’s a Pirate” makes listeners smile while watching Jack Sparrow and his crazy antics on screen. The rushing bass line, slowly growing bigger and faster, announcing the Black Pearl makes listeners feel apprehensive, their chests tightening as they see the black ship appear in the distance. “The Medallion Calls” holds that note of apprehension, but builds to show the true beauty and power the real medallion holds. These are songs that not only fit in directly with the movie as it is being played, but also give listeners the very same goosebumps they had the first time they saw the film without the film present. As it is, when you listen closely, you realise that the music ebbs and flows, from slow and quiet to fast and loud, much like the ocean itself. It is these notes and these songs that give these scenes that extra punch of power, and make them the memorable scenes that we know them as. Would simply watching the Black Pearl approach be as intimidating without the terrifyingly strong bass line behind it? No way!

Pirates of The Caribbean-Soundtrack(Hans Zimmer)

Consider, for a moment, the shivers that you experienced when you first saw the ring appear in Lord of the Rings. Did they emerge solely from the vision of a ring, never seen before, or was it the eerily beautiful yet haunting violin melody that brought out those goosebumps? Was it the sight of the Nazgul, or was it the bass line’s crescendos and decrescendos that brought about the tight spot of anxiety in the audience’s bellies? Was it the hobbits themselves that made viewers smile, or was it the bright and cheerful piccolo line that brought about that feeling of joy and the intense need to dance a jig? As much as these images may bring about a similar emotion, the scoring heightens that emotion, pulling it closer to your heart and making it more memorable for all occasions. Especially in the case of the ring motif, it also focuses you in on the images on the screen, pulling you into the movie more than just the images may have been able to.

The Hunger Games: Mockingjay Part 2 uses silence extremely artistically. Instead of keeping scores in every single minute of the film, the composer instead chose to leave certain moments in silence; allowing the actors emotions to come across unchanged with the background score. The raw emotion that then emerges has nothing to do with anything except the actors’ chemistry and acting skill. When the characters were anticipating an attack in the sewers, there was no score; all you could hear was the dripping of the water- exactly what you would have been hearing in the characters’ situation. It’s in cases like this where silence proves to be more effective than a score because it allows viewers into the character’s world and events more than it would if there was music playing in the background. Even when Katniss and Peeta are discussing their relationship and his hijacking, the background music is barely noticeable over the echo of their voices from the caves, giving the audience an aspect of realism that would otherwise be lost.

Yet there are also artistic uses of scoring that aren’t instrumental or filled with silence- some scoring, arguably some of the most well-chosen scoring, comes from already written songs. There is no better movie to demonstrate this, than the new hit movie Guardians of the Galaxy. Seeing Chris Pratt jamming out to Redbone’s “Come and Get Your Love” was quite possibly the best start to a movie ever. It allowed the writers to establish his character, and got the audience smiling and dancing along more quickly than any other classical song could have. Baby Groot dancing to the Jackson 5 again brought out that unrestrained happiness in both the characters and the audience. Because the audience more than likely already has a connection to these songs, they will be able to bring those memories into play on top of the memories the movie will leave behind, creating a strong and positive connection to the movie, which is exactly what the screenwriters, scorers, and producers alike are hoping to achieve- after all, there really isn’t a benefit to a movie that no one connects to.

Guardians of the galaxy intro dancing

Sometimes, though, that seamless connection just doesn’t work. The 2015 film Pan uses Nirvana’s song “Smells like Teen Spirit” as an introduction to Neverland and Captain Hook, attempting possibly at a bit of humor and maybe to connect to the older audience that recognizes the song. Yes, Pan was kidnapped to that very song, but that doesn’t justify its placement in Neverland, or having Captain Hook dance along to it. Many critics have argued that the use of this song was a poor choice, because it took away from the beauty that Neverland is supposed to hold, as well as got all us viewers wondering why on earth that song, of all songs, would be playing. When that kind of questioning of the score comes out from that many people, it takes away from the beauty of the film itself. Where the vocal additions to Guardians of the Galaxy were a welcome addition, making viewers laugh and enjoy, the addition of Nirvana to Pan left a questioning laugh- and viewers wondering what exactly the director was trying to get at. The trailer for the movie was full of beautiful orchestral music, so throwing in random Nirvana songs did nothing but damage the movie and its integrity to its audience.

Think about the classic childhood Disney songs. These include a little bit of both types of scoring: instrumental and vocal. The Lion King starts off with the beautiful “Circle of Life” song, without which the movie just wouldn’t be the same. Yet where the” Circle of Life” is background and not sung by any of the major characters, “I Just Can’t Wait to be King” involves all the major characters in that scene, allowing them to express their emotions musically. This gives us both a more in-depth connection to the characters, as we not only get to see what kinds of upbeat melodies would constitute their theme songs, as well as their words and actions. These movies use both classical and lyrical songs, which allow the audience a trip into two very different worlds of scoring, yet when used together, can create masterpieces. After all, there aren’t many Disney scenes that can compare to that of “Hakuna Matata”.

Scoring is imperative to modern films because it adds an extra dimension to the film, and for a society that is so used to being bombarded with information and flashing signs, it is one of the major factors in keeping audiences interested and emotionally invested in the films themselves. They give the film a higher chance of success because of how they entrap the audience and allow them to journey further into the world the film is presenting. Most importantly, though, they contribute hugely to that feeling of ultimate satisfaction following the first of the credits to roll out onscreen.