The Rise of the Villain Hero

“I am not in danger, Skylar,” AMC’s Breaking Bad’s infamous main character Walter White seethes at his wife, “I am the danger. A guy opens his door and gets shot and you think that of me? No, I am the one who knocks.”

Nominated for over a hundred awards, including four golden globes, Breaking Bad has become a pantheon of a television series in recent years. Walter White is a high school chemistry teacher who is diagnosed with terminal lung cancer, and in order to support his family he turns to cooking methamphetamine – a decision that changes him from mild mannered school teacher to a criminal overlord and one of television’s most loved characters. The deconstruction of Walter White throughout the series highlights an interesting trend in recent television – the rise of the villainous protagonist.

From an early age, we’re all introduced to the typical story narrative: the good guy, someone the audience should aspire to be like, defeats the villain, the mirror image of all our vices and secret sins. Heroes uphold values that society deems important and they’re often rewarded with meaningful relationships (whether they’re familial, platonic or in most cases, romantic). Financial gain doesn’t matter to them – the core motivation for a hero in the end is to do good for the sake of being good.

However as audiences mature and their understanding of interesting storytelling matures with them. More and more people have become enamoured with the darker side of media, whether that be with the villains of the text, or if the hero displays normal human faults: the anti-hero. The anti-hero starts off with no visible heroic qualities – they’re not going to instantly jump on a horse and save the prince or princess because it’s the right thing to do. They’re often motivated by more realistic reasons: revenge, personal loss, or even greed.

Still, we all know that in the end the anti-hero will find their inner nobleness. Just before they take their vengeance, the anti-hero will realise they’re doing it for the wrong reasons, or that the money they’ve earned through nefarious means should be donated to various orphanages around the world. As the anti-hero has become more popular in the media, their narratives have slowly become more and more predictable.

It’s with series like Breaking Bad, where we watch Walter White descend from anti-hero to villain, that we realise another change has started to occur in television narratives. Suddenly, we’re being offered more controversial main characters, characters that happen to have no redeeming traits whatsoever, and, more importantly, seem very unlikely to dig up even a sliver of goodness from within. 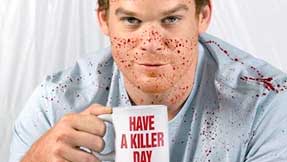 Another example would be Showtime’s Dexter. We learn from the witty narration in the very first episode that main character Dexter Morgan is a psychopath and serial killer. We watch as he straps down his victims and plunges a knife through his chest with visible glee. We’re told that Dexter is different though, because he only kills the most nefarious sort of criminals. It’s the most radical form of vigilantism and also the only thing that stops Dexter from going on a murderous rampage himself – in it’s own way, it’s all for the greater good. Still, as the series progresses, the line has started to blur between Dexter the well meaning vigilante and Dexter the serial killer. His psychosis has started to catch up with him, his intentions becoming darker and monstrous indeed.

And, considering the success of the series, audiences love it.

Villainous protagonists aren’t exclusive to the two series above. Other examples include The Sopranos and Boardwalk Empire (however the gangster genre has long been home to villain protagonists), The Borgias with the corrupt Pope Rodrigo Borgia, both versions of House of Cards and Game of Thrones with its plethora of irredeemably wicked cast members. Even new NBC series Hannibal, where main character Will Graham tries to stay on the side of good, audiences are taking great delight in watching gentleman cannibal Hannibal Lecter manipulate him, pulling apart and rearranging his morals over the course of the series.

Why do we find these protagonists so engaging? Well, there’s no doubt they’re more realistic than your cliché fairytale heroes. We can empathise with Walter White’s drive to make money for his wife, his disabled son and his infant daughter before he dies. We can support Dexter Morgan’s hobby in vigilante serial killing, (after all who hasn’t wanted to take justice in their own hands one way or another?) What is different in these series though is the progression – not from anti-hero to hero – but from anti-hero to villain. It isn’t a new trope of storytelling at all, just look at the Star Wars prequels and the journey of Anakin Skywalker as he becomes one of the most menacing villains of all time – but more and more television series are jumping at the chance to portray these character deconstructions. 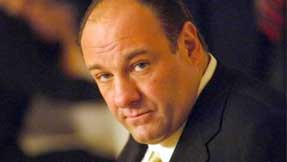 These series have thrown conventional storytelling to the wind. For Walter and Dexter the only karmic retribution that seems to be coming is in the form of their own deaths, one way or another. Rodrigo Borgia and his children are becoming increasingly twisted, Frank Underwood from House of Cards has no positive traits to speak of and Game of Thrones has repeatedly shown that being a good guy is the best way to lose your head. There’s a real danger that evil might very well prevail in the end, and it opens up incredibly interesting narratives that haven’t been explored before on screen. It’s more realistic, it’s unpredictable, it’s enthralling. We don’t know how low these characters are willing to go and we want to watch their journey all the same.

It’s not as if we aren’t attached to these characters either. In the case of Breaking Bad and Dexter, look at how audiences react to the actual ‘good guys’ in these stories. Walter’s wife, Skylar, is hated with a passion by most of the fanbase, despite the fact that she’s one of the few voices of reason within the series. In Dexter we grow to vilify those who are close to uncovering his secret, despite the fact that they’re often police officers, despite the fact that Dexter is breaking the law and is a murderer. We know Walter and Dexter are in the wrong, yet we want them to win anyway.

Perhaps the most important factor is that these series don’t underestimate us as an audience. We can distinguish real life from fantasy, we can appreciate hard hitting and shocking story lines and we don’t need a network to decide for us whether something is too difficult to grasp. It’s almost as if these villainous protagonists are a symbol of rebellion for bored audiences. They’re a momentum of change for how stories are told to us and how we feel about characters in general. It would be easy to hate Walter White and his naked ambition for power but through gripping, interesting writing we grow to enjoy his megalomania.

Or, maybe in the end, villains just offer a form of escapism that heroes don’t. Of course we’ve all dreamed of being the noble warrior or the gracious politician, but we can also dream of taking the law into our own hands and delivering the justice that we think the world deserves (just look at Batman for instance), or of becoming an incredibly wealthy drug lord after a particularly bad day at work. If the darker side of life wasn’t enticing to us in some way, the aforementioned shows wouldn’t be half as popular as they are.

In an era where films get quadruple the budget of television shows, it seems that it’s television that is taking all the risks. Whereas the movie industry is becoming increasingly formulaic, more and more TV series are embracing the potential for character development that multiple episodes and seasons can bring, as well as pushing the boundaries of what audiences find conventional. Perhaps its a freedom born of the lack of funding – for films, it’s more profitable to play it safe and stick to the formula. Television has less to lose.

With the growth of platforms such as Netflix and online streaming, television is slowly becoming the dominant media. Viewers can be more selective of what shows they watch, and if the ratings for Breaking Bad and Dexter are anything to go by, we like our good guys to be bad. So are these risky characters worth it? It seems the answer is a resounding ‘yes‘.

The television industry is fickle and will probably remain that way for a long time, shows like Breaking Bad and Dexter are proving one thing to the networks: the majority of audiences aren’t as stupid or as predictable as they’d like to think. We admire brave storytelling, we can appreciate complex characters with dubious ethics and we get equally invested in narratives where villainy is more profitable and rewarding than the honourable knight in shining armour.

Hollywood, if you think it’s about time to take note and give us some truly interesting main characters, then you’re god damn right. We’re ready.

Posted on Jun 7, 2013 by
Gitana Duka
Currently studying a Scriptwriting degree, I'm a huge sci-fi and fantasy geek, with a special love for television and video games.
Follow