Unbear(d)able: The Rise of Secondary Sexual Characteristics in Television

Vikings, Game of Thrones, The Walking Dead. It seems no matter what trouble modern TV heroes find themselves in there is always one looming, dark bushy presence. But since when did beards begin taking over the airwaves? From Cyanide and Happiness to CollegeHumor popular websites have been satirizing the sudden rise of the masculine moustached malady that is attaching itself to the faces of today’s media.

But is this acknowledgement of the beard’s appearance itself merely a new popular trend in male fashion, or is it a subconscious effort to win over audiences with the rugged nature of primal human nature? Secondary sexual characteristics of human beings (IE, changes at puberty not directly related to the reproductive system) have often been emphasised in media (from squealing voices in anime to whiter skin in Bollywood epics) and the beard now in North America is securing its place as the face of our popular culture.

A Short History of Longing

Since the dawn of art, people have been hiding their desires both innocent and not in corners of their creations away from all but the most devoted peeping Toms (just ask any advertiser). But although subliminal messaging (hiding messages so deep one has to know they’re there to notice them) has been discarded as an effective method of influencing audiences, blatant exposure of intended points made on the artist’s behalf still rage across human creativity. Yes, Arthur Miller’s The Crucible is commentary on Senator McCarthy’s anti-communist witch hunts, yes Dante’s Inferno was a direct attack on the people who kicked him out of Florence, but is Rick Grimes’ beard (and associated last name) a social critique of human waste in the 21st century? Perhaps Oscar Wilde would think so.

In the story of The Picture of Dorian Gray the titular (and titillating) character wishes for his picture to age while he remains young. As the picture grew hideous it becomes a message of the desires of youth to always remain thus and the elderly to return to a time of energy, beauty and the positives of being young. But then what message is being given from a slew of doers of great action today like Jon Snow or Dr. House and their grizzled appearances?

The increase of leading men today appearing haggard across all genres is evident if one looks at any television show or film up to the 1990s – before then all the furry faces were in westerns, even Stallone, Schwarzenegger and Willis sported clean-shaved looks in the manly action films that made them (though Rocky did have a facial wonder in the fourth movie…).

In the last few years everyone from Hugh Jackman (Les Miserables) to Russell Crowe (Noah) has sported facial gruff of epic proportions. Now to be fair these both are remakes and in the context of historical events. But in TV the notice of beards and the heralding of each year’s “No Shave November” among other popular cultures is dominant and of course producers are jumping on the hot topic. It seems the bigger the beard the bigger the ratings. But is this a frightening statement on interest in media today: that we want more masculine shows? 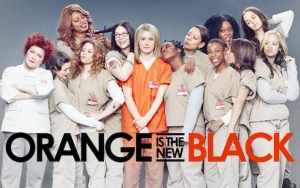 Hold the phone. Several Girls may argue Orange is the New Black and The Unbreakable Kimmy Schmidt would point out that idea is a Scandal. Shows with strong females are more popular than ever, and they have given what seems to be the first ever in-depth invasion of feminine truth to the media.

In fact feminism, along with support for not only major groups like gay and transgender members but also the recognition of non-traditional male and female stereotypes (IE, Big Bang Theory‘s nerd culture and Veep‘s bumbling leading lady), is hitting a new wave of popularity and outspokenness. While beards are growing fast so too are hard-hitting shows focusing on the new age of multiplying possibilities of gender identity (and the intensity of adhering to traditional ideas of each).

So are the beards then a response to this sudden rise of non-white-masculine-man-based shows? A counter-balance for the increase of media not just representative of one way of looking at a man or woman?

Blurring the lines that were once so clear to viewers of what they would grow up to be (Leave it to Beaver wannabes would turn into Welcome Back Kotter sweat-hogs followed by becoming parents of The Brady Bunch and finally something refusing to die like Archie Bunker of All in the Family) shows took a turn slowly, then faster, presenting offbeat untraditional roles. Films like the James Bond franchise or Mission Impossible still give dashing rogue white men in power, but then they are often criticised as being simplistic and repetitive while others such as Girls are getting rave reviews for being so unique and deep.

So what is the future then of those poor battered bearded bastards of the boob tube?

Though television has taken a notable shift in presenting newer ideas of gender identities in traditional roles (and even in niche roles like “computer geek”) since the hallmarks of shows in the last century, there will always be the desire for a simplistic clear-cut illustration of the picture-perfect ideals of man and woman. It is just a nice breath of fresh air that new shows are coming in to give a new outlook on changing society. In short, the beards are a trend, perhaps a response to the growing number of non-traditional role models coming out of new tv shows, and will fade back to their usual place as a cheap gag for the passage of time and model of what real men can push out of their jaws.

A Word on Other Secondary Sexual Characteristics 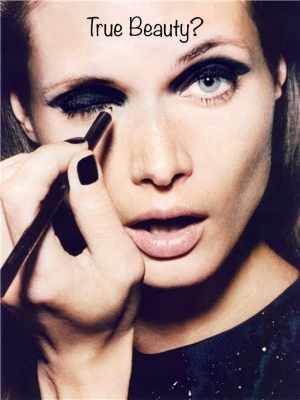 While the focus of this was to point out the beard’s growing popular cultural place in TV, there are dozens more secondary sexual characteristics in the shows listed here that aren’t as noted but equally as important.

Modern Family showcases youth growing up to deal with becoming adults while the adults around them seem childish at times and of course issues like what makes a girl pretty to how can a boy be attractive if he is not good at sports are risen, and the entire premise of Big Bang Theory is based on sex and sexuality. These all point to the major trend discussed before of shows giving a new look at who can be in what roles, adopted more and more by people in a world growing kinder to differences.

Whether trying to please audiences by drawing female characters with differing faces (Pixar) or having male characters who don’t need to be buff (30 Rock) more and more producers are appealing to this demand for better content at the cost of traditional roles (The Muppets are back, nothing traditional about THEIR identities). Thus the change in displaying characteristics we inherently recognize as female or male are also being tweaked.

In this constant swirl of changes the beard is finding a new outlet for the same role as a secondary sexual characteristic. But rather than naturally displaying the heightened level of a man’s testosterone, it’s now doing just that for TV shows in this new environment.

It’s a complicated science of evolving human adaptations but definitely one that will be important in the upcoming decades of television. Is it a good thing to change pop culture’s encouraging of traditional roles into more liberal and new unforeseen displays of identities, or will it confuse and cause problems for us? Time will tell, and at the same time we’ll be stroking our beards puzzling over it for sure.

Posted on Sep 13, 2015 by
smartstooge
Writer of both fiction and non-fiction with specific studies in History, Performance Art (including film/TV, animation and videogames) Writing, and Japanese Culture.
Edited by DClarke, Lexzie, McCaggers, REB.
Follow