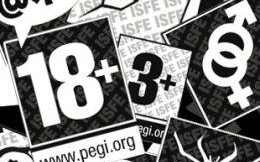 Age ratings on video games are used by a number of nations to censor inappropriate content from those deemed too young to view it. There are many aspects of a video games’ content which is taken into account when rating it, such as levels of violence, frequency and severity of language, and sexual images and references. Just as nations pose various age restriction laws on smoking, drinking and driving, the age ratings on video games are there to protect vulnerable parties who could misinterpret some aspects of a video game, whilst also giving the public the tools to make an informed decision on their video game purchases. Whilst under-age drinking, smoking and driving are highly frowned upon in many countries, studies have highlighted the increase in disregard for video game content ratings, as shown by Dr. David Walsh, who published in 2000 that 90% of teenagers claim that their parents “never” check the ratings before allowing them to rent or buy video games. With this rejection of independent reviews on video games, questions regarding where the blame lies, and what this exposure means for gamers who play above their age bracket are becoming more and more frequent.

Whilst the age ratings on video games are not enforcible under law in many countries, the various systems are often associated with and/or sponsored by the government, with some video game stores using them to restrict the sale of certain games from under-aged customers. Perhaps where the problem lies is that the ratings which feature on a high number of video games, are simply guidelines, not laws. As a result of this, the age ratings are often ignored when they should be viewed with user discretion and judgement by parents who buy them for their children. The law on drinking is often broken by parents who judge their children to be responsible enough to drink, so what hope does a mere guideline have for protecting children from content they cannot understand fully, and in extreme cases, cannot separate from reality. 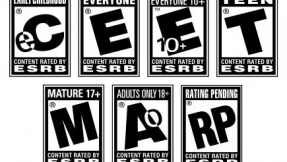 In sociological terms, this is often referred to as copycat violence. It is when young or vulnerable people play video games with inappropriate sexual content or excessive violence, and do not understand that is merely a fiction and is not how normal situations within civilised society function. As a result of this, they relate the situations of violent revenge or manipulation found in video games into their own lives, often as answers to bullying or familial problems, and re-enact them with often horrific and tragic results. Examples of this include various high-school shooting in America such as the Heath High School shooting in 1997, the Columbine High School shooting in 1999, as well as a number of frightening stories in more recent years involving young children taking weapons into their school, to emulate the actions of their favourite video game characters. Whilst these cases are rare, and are sometimes used to cause a moral panic against the influence of video games, it cannot be ignored that children are more influenced and affected by their interactions with media in its many forms.

The fact that stores selling games do not have to employ age restriction policies on their customers means that the responsibility should lie with parents. Just as a parent often censors their child’s television habits, such as not letting them watch past the 9pm ‘watershed’ in the UK, they should monitor more closely what kind of games their child is playing. However, a problem lies in the many strategies children have for getting something they want. As highlighted in a late 2013 Sky News interview with games industry veteran Ian Livingstone, who appeared to discuss the transition for the UK content rating PEGI to become law, was challenged by the news reporter, Eamonn Holmes, who stated, “”You know and I know, and I know also as a parent, I definitely know, that these age ratings are not adhered to. And the reason why is because, no matter what is said, if your ten year old wants this game, he will say ‘ugh, but dad, everyone in class has this game”. This pressure placed on parents often leads to them going to game stores with their child, and buying the game on their behalf. Certainly this is not the parent condoning the exposure of inappropriate content, but more a lack of knowledge and influence on the subject of video games. 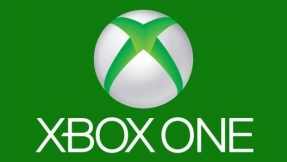 With the increasing prominence of the internet, and the current generation being one who has grown up with computers and gaming consoles as heavily influential parts of their every-day lives, more and more people disregard the content ratings on videos as a means to keep their children happy, or keep up with their friends or culture. The disregard for the law by game stores, parents, and even gaming companies, who have a level of obligation to manage who their product is being sold to and played by is only made harder by the advances in technology. Children and teenagers are being allowed to relatively anonymously purchase video games on-line, via outlets such as Steam, Xbox Live and PlayStation Network, with little censorship and concern as to the appropriateness of the games’ content. The lack of regard for the age ratings on video games can only lead to the desensitisation of children to violence and death, making it all the more likely for them to engage in the deviant behaviour they are exposed to from far too young an age. The content ratings are there for a reason, and as just as important as the laws on drinking and other age restricted activities: You wouldn’t let a child walk into a strip-club, so why let them do it on games such as Grand Theft Auto?

Posted on Jan 9, 2014 by
Louise Egan
Writing most fervidly about film, animation, comics and games, but you'll get articles on almost anything if it catches my eye. Not afraid to criticise as well as champion.
Edited by Jordan, Misagh.
Follow

•
The Impact of Writing on Well-Being and Self-Development
•
The Good Place: Philosophically Sound?
•
How Modern Horror Tropes are Revitalizing the Current Horror Genre

22
It's Time to Head Back to the Court in October With a New Trailer for HAIKYU‼ TO THE TOP!!
16
Rika Tachibana Joins the Cast of Assault Lily BOUQUET TV Anime
10
Tsurubaya Productions Wins Lawsuit Against Unauthorized Chinese Ultraman Film

Games as Art: Displacement within the Art Gallery
Grappling Hooks are the Best Feature of any Video Game
Escapism and The Sims
Enter the Gungeon Slaps so Hard
Should indie game developers exhibit at E3?
Analyze the Evolution of the DOOM Franchise
When Do Video Games Become Art