Why Wouldn’t Everyone Love Lucy? 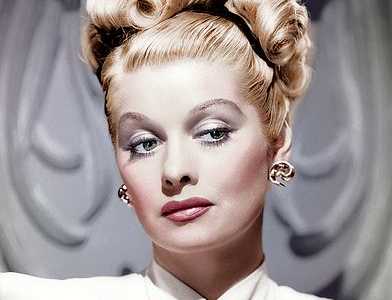 Lucille Ball changed the way women were viewed on radio, in the late 1940s, and then in the 1950s with her television debut of the I Love Lucy show. Ball broke many stereotypes of the 1950s, an era when many thought women belonged exclusively at home making dinner and raising children, on-screen and off. This article will explore the many ways that Ball had left her indelible mark on television. For instance, I Love Lucy was the first television show to use a live audience, the first multi-camera filmed sitcom, Lucy and Ricky Ricardo were television’s first interracial couple, Lucy was the first woman to be “expecting,” on a 1950s television show, Lucy and Ethel’s “homosocial” relationship was innovative for the time, and finally the creation of Desilu Productions made Lucille Ball the first woman to be the head of a Hollywood studio.

How it all Began

I Love Lucy was based on a radio show, My Favorite Husband, that Lucille Ball had made popular in 1948 to 1951 and was aired by CBS (Lucy-Desi Center). Ball wanted her husband, Desi Arnaz, to play her husband on the I Love Lucy show. CBS was reluctant to hire Arnaz. The executives at CBS were unsure how well received the audience would be to having a Cuban man married to an American woman. CBS wanted Ball so badly that they gave in. Ball got her way and Arnaz became her husband on the sitcom (VanDerWerff).

History was made on October 15, 1951 when the first episode of I love Lucy aired. It wasn’t technically the first episode of  I Love Lucy. The show’s pilot was recorded on kinescope. The product of kinescope was often distorted or fuzzy. CBS and the show’s sponsor Phillip Morris, the cigarette company, wanted the show to be filmed on the East Coast, while Ball and Arnaz wanted to stay in L.A. where they had called home for several years.

As necessity is always being the mother of invention, Arnaz called in Karl Freund, one of the best cinematographer’s in the business to work on the project of changing kinescope (16mm) to 35mm film using a multi-camera set of four cameras the first season. Arnaz also brought in a live studio audience versus canned laughter to make the show authentic during the taping of the show, again making television history. CBS allowed them to stay in L.A., but complained about the cost of the new shooting, so Ball and Arnaz took a pay reduction and CBS agreed that after the shows would air, Ball and Arnaz would have the ownership of the shows, which helped make Desilu Productions the most powerful independent television company (Elrick). Ball was determined to work with her husband Arnaz, and knew she would win over the CBS executives. Ball’s personality was quite atypical for her time, even for a starlet. 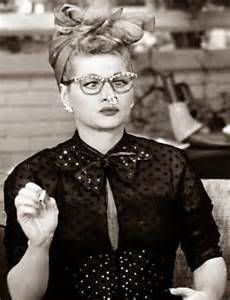 So how was the female gender being portrayed on the new genre television in the late 1940s and throughout the 1950s? According to Wolf, with the media growing at 5 million televisions sold each year in the 1950s, messages in advertising and programming were direct and indirect. The woman was the central part of the nuclear family that represented the United States. Besides taking care of the husband, the woman of the 1950s focus all of her attention to the children and the happiness of the family. This stereotyping crossed all racial, ethnic, and social class lines in 1950s television shows (28). To think Lucy Ricardo was out for her own personal gain because she wanted her shot at show business so badly, and would get into so much trouble for trying to steal the spotlight, just goes to show how I Love Lucy broke the female gender boundaries.

“Lucy is Enceinte” is the title of the show with Lucy trying to tell Ricky that she’s . . . expecting. NOT pregnant, that was an immoral act in the early 1950s. People didn’t do those things, and especially not Lucy and Ricky Ricardo. They slept in twin beds. CBS would not let the show use the word pregnant, and as obnoxious and prudish as CBS was about Ball being pregnant and writing the pregnancy into the script, the episode was as touching and loving as one could be and the American audience thought so too. There were five episodes in between “Lucy with Child” and “Lucy goes to the Hospital,” seven episodes in total that represented a real-time pregnancy and have been depicted on television. This, not only was a first to be done on television, but few real-time pregnancies had been depicted on television since. The episode “Lucy goes to the Hospital” had 44 million viewers. Perhaps the only ones not ready for Lucy to be pregnant on television were the CBS executives (Koski). 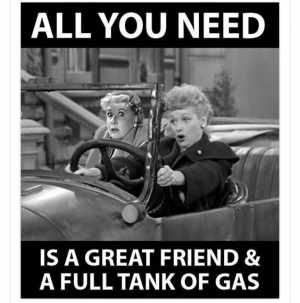 Unlike most of popular culture of the 1950s, where women were mostly seen together to fight over a man, Lucy Ricardo and Ethel Mertz showed the value of female friendship, similar to the female duets of the 1950s musicals. Although Lucy and Ethel were homemakers of the 1950’s who had to answer to their husbands, that would not stop the special connection the between the two women (Wolf 29). In the show, Lucy and Ethel are best friends. Ethel and her husband, Fred, are Lucy and Ricky’s landlords. In many episodes, the women are scheming against the men and vise-versa. Lucy and Ethel draw strength from one another, not to mention the hilarious antics the two of them pulled off or tried to pull off. Often, the duo would break out into a song and dance; although, they were not mimicking Broadway musicals, as much as Vaudeville, because Ethel and Fred boasted on more than one occasion that they were once a Vaudeville act. The connection that Lucy and Ethel had was magical and once again, Ball broke out of the stereotypical housewife role and had the craziest friendship ever with her best friend.

So how and when did Desilu Productions come to be? The very first show, the pilot for I Love Lucy, was created by Ball and Arnaz in kinescope after they used their own money, $5,000, to create Desilu Productions. The pilot enabled Ball to convince CBS to hire Arnaz as her husband on the show. When CBS gave Desilu Productions the rights to the shows after airing, and because of the show’s popularity, the couple created the re-run and syndication. Needing more money to expand Desilu Productions, Arnaz sold back the first 180 episodes of I Love Lucy to CBS for $5 million. Desilu Productions then bought RKO Studios, where many television shows were produced, including The Dick Van Dyke and Andy Griffith shows(entrepreneur). 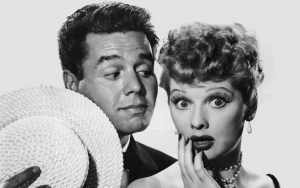 Beginning of the End 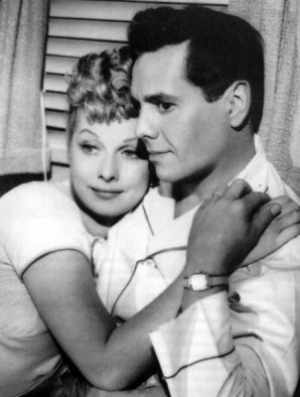 Their marriage had rocky times and there were rumors about Arnaz with other women and drinking early in their marriage. Ball and Arnaz wanted to work together so they created Desilu Productions. Working together seemed to be the right choice as they had two children while taping the show. However, the pressure of running the Studio and working on the set caused Arnaz to drink more heavily. The couple were having many arguments towards the end of the show’s run. Arnaz and Ball divorced in 1960, Ball remarried in 1961 and was starring in another show, The Lucy Show, which Arnaz was directing. The stress became too much for Arnaz and he asked Ball to buy him out(entrepreneur).

That’s Ms. CEO to You

Lucille Ball and Desi Arnaz were incredibly business savvy to have taken their own money to create their own production company. This gave the couple much more creative freedom than being owned by a network. CBS couldn’t really tell Desilu Productions not to write Ball’s pregnancy into the script (just don’t dare call yourself pregnant). What came out of their creation did so much for this new medium of television as we know it today. Ball and Arnaz created re-runs and syndication by filming the I Love Lucy show. How brilliant that Desilu sold the first 180 episodes back to CBS for $5 million, and when Desilu would film I Love Lucy they would rent the equipment that they originally purchased from CBS back to CBS to film each episode.

Had the I Love Lucy show not been created in the 1950s, it could have been created in a recent decade. I Love Lucy was defiant of convention as was the character Lucy, together they took on social issues that even today would be considered bold and daring. There still aren’t many interracial couples represented on television today, and the networks still hide pregnant actresses behind objects and in big , baggy clothes. The I Love Lucy show was groundbreaking in the 1950s ,and would be groundbreaking had it been created 65 years later.

Lucille Ball (and the love of her life, Desi Arnaz) created a show that just wasn’t an ordinary 1950s comedy, it will always be around with timeless, slapstick humor that should tickle anyone’s funny bone, but perhaps the most important legacy about the show was all the “FIRSTS” that came from the bravery of this feminist, in a time when feminine strength and savvy were almost unheard of. Kudos to you, Ms. Ball.