Four Worries for the Next 3DS Zelda Release: Is the Master Sword Getting Rusty?

The Legend of Zelda is a series that, for the past 27 years, has maintained a large and dedicated fan base. The story is usually one of a young man who must rescue the magical realm of Hyrule and the Princess Zelda from the evil Ganon. The years have brought many variations to the formula, including more than one instance where Zelda is not the distressed damsel and Hyrule is hardly mentioned. The main constant is always a young man on a dangerous adventure.

1991 saw the release of A Link to the Past for the Super Nintendo Entertainment System. This game was a milestone for its intuitive gameplay and fascinating story, paving the way for more elaborate tales to be told in the game’s universe. Understandably, this game has much admiration from both the players and the developers; so much that the slot for the 2013 holiday release is a direct sequel for the 3DS. But is this release one gamers should be excited or worried about? There are unfortunately many factors that could lead to this release being a major disappointment.

A direct sequel to a game released in 1991 is an interesting concept, but one that is difficult to pull off without some form of innovation. Without something truly gripping and new for the player to experience, there is a danger of falling into the trap of a Duke Nukem-style letdown where a sequel comes out years later and is unable to live up to its expectations. Granted, this title does not have the Nukem error of announcing a release years before its existence, but it is still a dangerous approach. The best Zelda titles were the ones that were not afraid to step outside prearranged boundaries. This does not always work in favor of a franchise, such as the infamous decision to make the second Zelda title a side-scrolling adventure. However, at its release it was praised for its departure from what was expected, proving exploration is a worthwhile endeavor.

Majora’s Mask is a direct sequel to Ocarina of Time but takes the character out of his universe into an entirely new world which, despite having familiar faces, introduces new innovative challenges. Specifically time becomes an important factor, and the non-playable characters suddenly become more sympathetic than ever with each having their own tragic story arcs revolving around their final three days of being alive.

The Wind Waker took the world Zelda gamers grew up with and sank it completely, leaving the player to sail the oceans of a world with a history developed with the advantage of the many years of the franchise existing. It did what a new title of an old franchise ought to do: give nods to the familiar while still creating its own game.

Naturally the new release will feature new aspects, some of which have been released in demo videos. The ability to transform into a painting on a wall to solve puzzles is a new technique for the Zelda series that has been emphasized in the gameplay trailers. Granted it is an interesting one and could possibly be the innovation needed to make the game great. However the world is one the players know and, from what has been discussed around the title, so is the framework. This can either lead to an enjoyable nostalgic experience or a complete rip-off of the previous title with a bit of tweaking.

3. Going Back to the Glory Years

Revisiting an old game is an interesting concept not new to the Zelda series. Many titles, including A Link to the Past, have been re-released on newer systems. More recently Zelda titles have had graphics updated for re-release, such as the 3DS version of Ocarina of Time or the upcoming Wind Waker for WiiU.

There is an important callback surrounding this type of gameplay. For those who grew up playing Ocarina of Time, the 3DS release was a nostalgic experience and the 3DS controls were more intuitive than what the Nintendo 64 had to offer in its time. This took an old, enjoyable experience and made it better simply by improving gameplay based on feedback of the N64 version. What made the game memorable was mostly the story and the world in which it took place, but what made the re-release worthwhile was fixing everything that players might have hated about it.

The problem with revisiting the same world, especially after twenty-two years, is that of a potentially unfulfillable nostalgic experience. The feeling is akin a traveller returning to their hometown years later only to find everything once familiar has been slightly altered- just enough to make it nothing more than a remnant of a home he or she will never have again.

When playing an updated version of an old game there is a cradling sense of remembering back to the first time it was first played, but without the frustration of how bloody impossible the water temple is. Setting a new game in an old world can either be interesting in our ability to recognize in the very least the setting, or it could leave the player with a slightly disappointed feeling of wanting to simply put it down and replay the first one.

On that note, the bar is set awfully high when the intention is to make a new Link to the Past. Many aspects went into making the game a fundamentally good Zelda title. The gameplay was intuitive, it was visually pleasing, it told a good story, and it offered a large world to explore but without much opportunity to become bored. It even included secret places for the player to explore, but without making them gameplay necessities and therefore catering to both the curious gamer and the speed-runner. The story itself wrapped up nicely while still leaving a hint of peril to come for the future of the series. 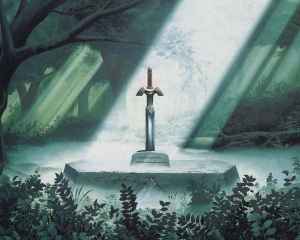 But the direct sequel will apparently take place immediately after the events of the game and also feature the Dark World. What could possibly be the main focus if not the release and recapture of Ganon? This is purely speculation, but a worrying one as it puts the game in danger of simply retelling the original story under the guise of being a sequel. This goes back to the argument for originality, and how this title threatens to compromise it. Time will tell.

1. Is This Game Long Enough for You?

Speaking of time, most Zelda games post-2002 seem awfully intent on extending gaming time in any way possible. Mainly this has been via inescapably frustrating fetch quests such as the quest for the Triforce in Wind Waker or the tears in both Twilight Princess and (more annoyingly) Skyward Sword. It has also been done via unnecessary mini games including a handful out of Majora’s Mask, which was worse in its time sensitivity. Fans complain a lot when games are too short, but is a short game really that terrible if it is at least a good game? One has simply to look at Portal, or even its sequel Portal 2. Both these games have awfully short playtimes, but they also contain interesting and innovative puzzle design as well as quite a bit of character development in a nice, tight, little package. Does that not both provide a good experience while increasing the replay value?

Hopefully the sequel for A Link to the Past will take a break from this tradition; particularly because its predecessor was fantastic at avoiding it. One thing that made A Link to the Past such a memorable experience is that it had many secrets hidden throughout, but very few which were imperative to completing the game. If the player were to stumble across one, his or her curiosity would be rewarded but those who breeze past were not punished. There was no activities placed in solely to make the game longer, and as a result playing it again oftentimes provided new surprises. With any luck the sequel will recognize and adopt this feature, but given the recent trend in the Zelda series that may simply be a pipe dream.

This game will most likely be entertaining regardless of whether or not everything previously listed turns out to be true. The main issue is whether or not it will be forgettable. What resonates with the player, particularly one who grows up with the franchise, is when a major title breaks everything expected from it. When remnants of what the game always was runs through like a red thread without domineering what the game is, it provides a new appreciation for the franchise. However, living up to expectations, while still profitable, will slowly turn a once-stunning series into a zombie mindlessly wandering its way into a game console to take up the time of whoever is playing it. Fingers crosses that this article turns out to be all wrong and the creators prove they still have the ability to surprise.

Posted on Jun 26, 2013 by
Tamara Al-Bassam
Contributing writer for The Artifice.
Follow

Games as Art: Displacement within the Art Gallery
The Outer Worlds, a centrist’s critique of capitalism.
The ‘Dadification’ of Male narratives in Video Games
Subscriptions: Game developers moving toward subscriptions
“This is The Police” and the Banality of Evil
Fire Emblem and the “Justifiable Conquest”
How Arcane Changed the Game