X-Men: Days of Future Past: Why Fox Desperately Needs it to Succeed 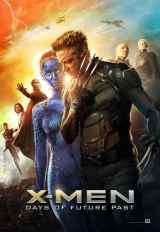 Back in 2000, Fox changed the landscape of comic book blockbuster filmmaking with the release of Bryan Singer’s X-Men. Audiences were introduced to a man with claws coming out of his hands, a professor who could read minds, and a holocaust survivor that could control metal, among countless other characters. This first X-Men film was responsible for bringing forth the current era of superhero blockbusters we have today by showing that not only could comic book characters be adapted onto the big screen, but successfully relate to audiences despite them having these unique abilities. Now, superheroes are as common in Hollywood as fireworks during the Fourth of July.

Fast forward 14 years and the X-Men franchise has another opportunity to leave a mark on comic book filmmaking, for better or for worse. Upon its release on May 23, 2014, X-Men: Days of Future Past carries a substantial burden for the studio, one that is much larger than just being a blockbuster comic book sequel. The film has the possibility of either cultivating a new era of superhero film prosperity for Fox, or threatening to bury the studio amidst the high competition that is currently in the market.

With all that being said, let’s take a look at the three major things that Days of Future Past will face once it’s released to the public.

Fox’s need to compete with Marvel, Sony and Warner Bros.

The current landscape of blockbuster franchise filmmaking is one in which if something doesn’t work after a few years, simply reboot and try again. Studios are so desperate for a sufficient cash flow that they are willing to sacrifice artistic integrity for continued profits. This is why Spiderman was rebooted only 5 years after the last film was released and why Batman will be making a return to the silver screen only 4 years after his last appearance. Money drives studios because, at the end of the day, all that matters is the bottom line. It doesn’t matter that Spiderman just got rebooted; it still made $752 million dollars, therefore, a sequel must be churned out for the masses despite the fact that it’s the same hero audiences saw just a few years ago.

As much as die-hard fans want to believe that they are the reason that blockbuster movies succeed, the truth of the matter is that casual moviegoers are who make or break a film. Because of this, studios must appeal to as wide a range as possible, while also delivering a product that doesn’t alienate the average consumer. Marvel is a prime example of a studio that ultimately succeeds in this endeavor. Since 2008, they have cultivated a line of films that appeal to their hardcore fan base because of the “shared universe” threads that bind all of their movies together, while at the same time reaching average moviegoers that can enjoy films ranging from fantasy adventures, (Thor) to period films (Captain America: The First Avenger) and gargantuan action team-ups (Marvel’s The Avengers).

Fox needs DOFP to successfully establish the X-Men brand as heavy competition to the high box office numbers being generated by Marvel, Sony and Warner Bros. Fox cannot afford to fall behind the other big movie studios anymore. This is why they have put a ton of their marbles in making DOFP one of the most expensive films they’ve ever made; no one puts that much money into a movie unless they expect a significant return on their investment. Their two major franchises include an X-Men series that has never reached stellar box-office heights (more on that below) and a Fantastic Four property that was mediocre both financially and critically (hence the reason they are currently rebooting it). Fox, despite the fact that it basically ushered in the comic book movie era, is definitely behind the curve with its own superhero franchises. Other studios are wiping the floor with Fox; just look at the success Warner Bros has had with Batman and a renewed Superman, Marvel with their interconnected universe, and Sony with Spiderman. Hell, Universal’s Fast and Furious franchise could even count as a superhero franchise, considering the numerous laws of physics they continue to break with each movie. Ultimately, DOFP needs to reignite the fire in Fox’s comic book franchises.

Which brings us to the next issue…

Having to rejuvenate the franchise’s lackluster box office

When compared to other superhero franchises, the X-Men have only been a moderate success. As of right now, the highest grossing film in the franchise is X-Men: The Last Stand with $459 million worldwide, a film that fans often consider being one of, if not the weakest, of the entire series. Other superheroes have thrived at the box office, taking in upwards of $800 million (Spiderman) and even some taking upwards of $1 billion (Iron Man 3, The Dark Knight, Marvel’s The Avengers). The irony of this situation comes from the belief that strength comes in numbers; if there are more heroes for audiences to watch and appreciate, then how is it that no X-Men movie has ever been able to break $500 million at the worldwide box office? The X-Men were basically The Avengers before the Avengers even made their way onto the big screen.

Because of this issue, there is no question that DOFP needs to be the highest grossing X-Men film ever. And no, simply cracking $500 million isn’t enough. In order for this film to be seen as a major success and have the ability to justify the continued existence of the franchise, it needs to break at least $700 million[1]. With a cast that is loaded with premiere quality acting talent, the growing importance of the overseas market, along with the added bump of 3-D ticket prices and the general excitement of “getting the crew back together,”[2] it would be a severe disappointment if this film was not the highest-grossing in the series by a large margin.

[1] And if we’re being even more honest, it might need to crack upwards of $850 million. Another thing to remember is the creative talent behind the camera, which includes the director who brought the franchise to fruition and who is responsible for making the most loved film of the series (X2). Add that along with a budget that makes this film look absolutely stunning and there is no excuse for this film not to be immensely successful. As Marvel’s The Avengers showed, audiences are more than happy to drop loads of cash on a team-up superhero film (even more so if it turns out to be good).

[2] The Fast and Furious franchise serves as the best example of this working with audiences. In 2011, Universal successfully sold Fast Five by making it clear that everyone’s favorite characters from the previous films would be making an appearance and joining forces together. The end result was $626 million worldwide off a $125 million budget and the highest grossing film in the series (until Fast and Furious 6 broke that record again two years later).

It will make or break the X-Men franchise

The future (pun completely intended) of this series is hinging on whether or not DOFP clicks with audiences. Fox’s marketing so far has made a good effort in not focusing on hardcore fans that have had their tickets essentially bought since the project was announced. Instead, the studio has made a conscious effort to convince those casual fans that this X-Men film is worthy of seeing. It’s no coincidence that Hugh Jackman (playing arguably the most popular X-man) is being made the center of this film. It’s also not a surprise that much of the marketing has had a focus on other superstars, like Oscar winner and American sweetheart Jennifer Lawrence and Oscar nominee Michael Fassbender. Each actor in this film is key to a specific part of the market that Fox is targeting. Audiences have shown they love films that feature of medley of high-profile actors in significant roles. The fact that this film is also a time-traveling, dystopian action thriller sure helps to interest some casual moviegoers. Also, a sequel to DOFP is already in development, with multiple spin-offs also being discussed; this only adds to the immensity of this film increases even further. This classic case of counting your chickens before they hatch shows the confidence (or arrogance?) that Fox has in their product. If X-Men is planning to survive as a franchise, then DOFP doesn’t just need to be a home-run for Fox; it needs to be a bottom of the ninth walk-off grand slam.

As a fan, I ultimately hope that DOFP will not only be a successful X-Men film, but that it will be a tremendous blockbuster that will set the stage beautifully for future movies in the series. At the time of this writing, a new trailer for the film was dropped by Fox, and it only added to the excitement that I’m sure other countless fans already have. However, the risk and studio pressure that DOFP has attached to it is undeniable. There’s no doubt that this film carries an unbelievable burden to not just be a good action picture, but a picture that justifies every one that came before it and the ones that hope to come after. It needs to reinvigorate a slowing franchise and push it towards a new era, while paying due respect to the path that it took leading up to this point. It’s a tough act to pull off, but here’s hoping that 2014 can play like 2000 and bring about the beginning of another long and prosperous line of X-Men films.

Posted on Apr 20, 2014 by
Giovanni Insignares
Journalism student at the University of Maryland (2016). Pop culture enthusiast. T.V. shows, movies and sports are a lifelong love. Follow me on twitter @Gio_Insignares
Edited by Misagh, Elaina Chastain.
Follow