Zack Snyder is one of the most controversial and polarising directors working today. Some people see him as a brilliant visual/action director, while others believe he represents everything that is currently wrong with Hollywood. Admittedly, he is the prime example of a director whom focuses on style over substance. In all of his films, there is a poetic beauty and punchiness that is noticeable within the first few seconds. By no means a perfect director, I still believe there are many directors who deserve a greater amount of negative attention than Snyder (Brett Ratner). The concept of ‘vulgar auteurism’ relates to Snyder’s style. Here are some examples proving that his ‘vulgar’ style is more effective than no style at all. With his new movie Man of Steel dividing both critics and audiences, I took a trip down memory lane to find links between all of his previous movies. 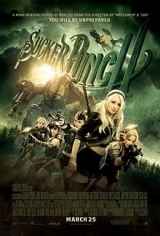 Snyder’s pet project is a shrill and noisy mess. This may seem like a rude and bashful statement, but even Snyder’s biggest fans admit that Sucker Punch is a gigantic misstep. Placed into a mental institution (one layer of this schizophrenic narrative), the aptly-named ‘Babydoll’ fights with other stupidly-named characters inside a 12 year old boy’s wet dream. The other layers include a brothel (yeah…more than a little sexist!) and a video game-esque realm filled with weapons, scantily-clad women, decaying settings, and elaborate baddies. Putting himself in charge of writing and directing duties, Snyder shows only that he is competent with visual composition. Even though I am a Snyder fan, I can understand why a lot of people hate him after watching this film. It seems to skirt by due to the ‘so bad it’s good’ status it has unintentionally obtained. Creating three alternate timelines and realities, Snyder tries too hard to fit all of his influences and fetishes into each one. Snyder is clearly a misogynist. He puts his female characters into all kinds of trouble for no apparent reason. I wouldn’t mind this if there were any consequences or well-developed characters. But he creates a shallow, excessive extravaganza with a video game premise. As the film goes on, however, he shoehorns in a strange message about how everyone should use their mental health to fight for survival. It’s extremely strange and completely messy. Snyder’s first bad film (in my opinion) illustrates that he needs an MA15+(Australian rating) to make a satisfying live-action film.

4. Legend of the Guardians: The Owls of Ga’Hoole 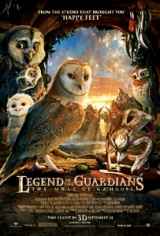 With this sickly dark yet joyous children’s film, Snyder established that he can push his directorial abilities beyond slo-mo and pulsating violence. This is one of the most unique and action-packed family flicks ever made. This form of genre switching placed him in the same league, arguably, as Danny Boyle. Despite Boyle being a much better director, Snyder showed that he could reach those heights one day. The story may be predictable, but it is similar to other stories Snyder has told. A young owl, with dreams of escaping his nest, is forced to go on an elaborate adventure to save himself and his brother from the talons of the evil owl colony. The movie is an existential and atmospheric look at family film logistics. By giving the film an edgy look and overt sense of tension, Snyder created an animated adventure that is accessible for the whole family. Snyder’s eye for kinetic and immersive visuals pulls you into this seemingly silly premise. Every Australian setting is both visceral and familiar; establishing the danger and beauty of the Aussie bush-lands and deserts. His eye for animation proved successful. Every surface and structure, in every shot, is rendered beautifully. Feathers, leaves, flames and raindrops interacted beautifully with everything surrounding them. The notorious flying-thunderstorm sequence has to be seen to be believed. Snyder uses every voice to bring enthusiasm to this elaborate spectacle. The voice cast, made up entirely of talented Australian and British actors and actresses, builds a sense of joy and wonder for this dark extravaganza. Snyder’s work here illustrates that DC Comics’ most powerful superhero is in good hands; showing that even carnivorous birds can have a soft side. 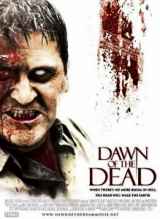 Before its release, any people were upset that Snyder (an up-and-coming director at the time) would be remaking one of George A. Romero’s greatest zombie flicks. However, Snyder’s Dawn of the Dead, soon after its release, was proclaimed as an inventive and fun zombie-action adventure. It beings with a Johnny Cash song and some disturbing news footage illustrating how a wave of zombies took over the world. From the opening chase sequence, between the lead character’s house and the shopping centre, Snyder ups the ante compared to similar zombie flicks. Snyder’s work here is another example of his path to success being similar to Boyle’s. Much like 28 Days Later, Snyder’s film creates malicious, running zombies that form an inescapable threat. This is Snyder’s least stylish film. Snyder finds the core elements of this tale and puts a unique spin on them. Certain parts of the shopping centre become zombie hot spots, while others are important to every characters’ safety. Despite the apocalyptic events, this is also Snyder’s funniest film. His characters find solace through building friendships and finding the funny side of this pressing situation. The balance of horror and charm separates Snyder’s film from other zombie-horror remakes of its type. Still considered by many to be his best film, Dawn of the Dead is about how humanity and violence are two inseparable elements. 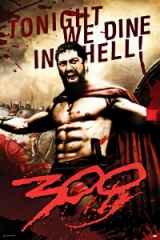 The first of Snyder’s three comic-book adaptations (so far), 300 put him on the map as a an action-director to look out for. Based on Frank Miller’s interpretation of a historical event, Snyder’s film is a silly yet exuberant and awe-inspiring sword-and-sandal epic. He showed that historical epics could be less about politics, and more about hacking and slashing. For those who don’t know, the film looks at how just a handful of people can make a difference for an entire country/province. King Leonidas (Gerard Butler), ignoring corrupt politicians and ghostly spirits, brings 300 brave soldiers with him to fight the Persian army. the million Persian soldiers soon find out that Spartan battle cries are scarier than Persian battalions. Snyder’s inventive style brought many stylistic choices to the forefront of action cinema. The term ‘slo-mo/speed up’ was created to describe Snyder’s favourite visual flourish. Every battle is an immersive and colorful bloodbath. Despite the controversial and overt homoerotic overtones, Snyder’s eye for brutality and action-direction lends this relatively thin story a sense of punchiness and vibrancy. Its comic-book origins allow for some enjoyable visuals. Snyder depicts this video game-esque narrative as one long fight to the death. Leonidas and his scantily clad brethren fight soldiers, ninjas (“Immortals… we put their name to the test!”), giants, elephants, and the elaborately dressed villain known as Xerxes. The epic sense of scale allows Snyder to fill the screen with Earthy visuals and prolific characters. Snyder’s historical epic is a visceral and occasionally touching action flick that isn’t afraid to be disgusting. 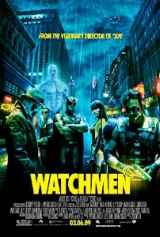 Based on Allan Moore’s seminal graphic novel, Snyder’s best film is about how all-American superheroes can be seen as both influential and potentially dangerous. Snyder’s interpretation of Moore’s seemingly ‘unfilmable’ novel is a satirical and endearing look at the destruction of humanity and the American Dream (“What happened to the American Dream? It came true, you’re looking at it!”). The film skewers our love of superheroes and light-hearted fictional tales. Snyder’s visceral and discomforting style illustrates how the characters have lost their sense of patriotism and self-respect. His visuals represent the characters’ inner turmoil. For example, Rorschach (Jackie Earle Haley) is a skulking, trench-coat and mask-wearing anti hero who is unable to care. He adapts to the dirty streets of New York as if to accept his oncoming doom. This philosophical character study is also a violent and pulpy action-drama. The non-linear structure depicts the rise and fall that each vital character goes through. Snyder handles The Comedian (Jeffrey Dean Morgan) and Dr. Manhattan(Billy Crudup)’s storylines with poetic grace and tangibility. Snyder’s sexy and brutally effective visual flourishes peak at the right times. One scene in particular showcases Snyder’s talent for visual composition. Dr. Manhattan is looking over a battlefield in Vietnam. Simultaneously, jets fly over him and Ride of Valkyries blares non-diegetically. With this scene, Snyder sums up the importance of this story. Snyder’s gritty and beautiful directorial style brings Watchmen to life. He paints a disturbing yet profound picture whilst conveying Moore’s thematic intentions.

Snyder is one of the most unique and engaging directors working today. Despite his repetitive idiosyncrasies, his films are both emotionally affecting and insanely enjoyable. His directorial style sweeps up the viewer and takes them on a visceral, bloody, and poignant thrillride. Hopefully, after his misstep with Sucker Punch, Snyder has realised that his style can be deemed brilliant when he uses it correctly. Whether he is creating an animated adventure, a zombie flick, or a CG-based comic-book adaptation, Snyder is a director who can enthrall with elaborate visuals whilst depicting the emotional and thematic aspects of any narrative. Evidently, Man of Steel is in good hands.