“We chose to die on our feet, than live on our knees”. This famous line is uttered in 2014 box-office smash 300: Rise of an Empire. Interestingly, in a sense, this quote can be applied to everything and everyone working in Hollywood over the next few months. Between now and the end of August, Tinseltown’s major studios will have to test themselves to pump out every product they covert. Licking their lips over major profits and marketing ploys, these studios believe they own the perfect recipes for box-office glory. However, if last year’s polarising blockbuster season proved anything, this is an unpredictable and vigorous three-month-long stretch.

Surely, Steven Spielberg and George Lucas are looking down upon major studios and laughing with glee. With Jaws and Star Wars, they developed this season into something worth cherishing. This year, studios are taking chances with undiscovered properties and intriguing premises. Movies like Godzilla and Guardians of the Galaxy are relying on word of mouth and directorial talents to push themselves into that prestigious no.1 spot. Only time will tell whether these movies receive cheers or jeers. I bet you anything, looking back on this blockbuster season in a few months time, our perceptions regarding blockbuster cinema will have changed once again.

So, because I believe we should support big-budget moviemaking for what it is and not what it could or should be, I decided to investigate (strong word) this year’s promising trends and movies. From Captain America: The Winter Soldier, to Noah, to Divergent, all Hollywood movies fall into specific trends. I looked at such upcoming trends to judge their health, relevance, and buying power.

This year, we have four big-budget superhero flicks to endure. Surprisingly, these adaptations all have a point to prove. Looking back on last year’s crop, I noticed that audiences want character and story development more so than action. Many people loved Iron Man 3‘s ironic humour and chatty lead characters. On the flip side, people were angry with Superman destroying buildings whilst ignoring the innocent citizens being obliterated by alien technology. This year, Marvel seems to have learnt from previous flicks’ mistakes. Judging by the action-packed trailers, Captain America: The Winter Soldier is its safest bet. With its political-thriller narrative and morally distant characters, the movie delves into the genre’s greatest concepts. 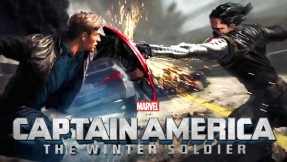 This is one of four superhero movies vying for attention this year. The other three, The Amazing Spider-man 2, X-Men: Days of Future Past, and The Guardians of the Galaxy, have significant preconceptions to overcome. To be recognised as top-tier superhero flicks, they must overcome major roadblocks. For starters, all three have roughly 20 characters each. That may be a gross exaggeration, but you guys understand what I’m talking about. The Amazing Spider-man 2, coming off of a generic 2012 reboot, is venturing into an original story. With three villains in charge of birthing a cinematic universe, this could become a disastrous case of too many crooks spoiling the broth. Fighting Electro, Rhino, and a new Green Goblin (for some reason), Spidey will have to fight for control and screen time. Clearly, Sony didn’t learn from what happened the last time they threw three villains into a Spider-man sequel.

X-Men: Days of future Past is significantly more ambitious yet could suffer due to the same flaws. Nervous about its own existence, X-Men‘s cinematic universe, ironically, relies on a handful of powerful people. Here, Director Bryan Singer crawls back to this franchise after problematic cinematic endeavours. In addition, after X-Men: The Last Stand and X-Men Origins: Wolverine, Days of Future Past will have to entice audiences to return to this hit-and-miss series. Despite these issues, the impressive cast, peculiar timeline, and sumptuous visuals could reinvigorate this franchise. However, by juggling a politically frazzled past, an intense present, and an apocalyptic future, this particular movie’s micro-universe could distort any chance of future sequels, prequels, interquels etc.

Unsurprisingly, Marvel’s riskiest gamble is The Guardians of the Galaxy. Based on an ambitious yet middlingly popular comic book series, this creation deals with the universe’s most bizarre and ignorant antiheroes. As Marvel’s version of Green Lantern, the movie’s star-gazing characters, from what I can tell, must bad together to save everything that exists. Hopefully, the movie will be better than that ungodly 2011 Ryan Reynolds flick. Thanks to the comedically delightful trailer, people are hoping this space opera can further boost Marvel’s Cinematic Universe. Holding up a kooky cast, scintillating production values, and Star Wars-like tone, it either be a surprise hit or an expensive disaster.

As a male, I must state my intentions for including this section. I’m not entirely against the notion of adapting young adult novels into big-budget extravaganzas. If I did, I’d be overlooking the comic books, novels, TV shows, and video games that have been adapted also. So, why not give this genre a chance? Well, there are many reasons as to why I’d be concerned about this. The biggest reason stems from previous YA adaptations. Thanks to underwhelming and simplistic original material, Twilight’s target audience is restricted to mormon propaganda, misogynistic overtones, and cliched storytelling. I may not be a fan of this genre, but I can still see the appeal. Hitting a certain demographic, these movies provide young girls admirable heroes to aspire to. Thanks to the hugely successful Hunger Games saga, Katnis Everdeen has become an inspirational and compelling character for this target demographic. 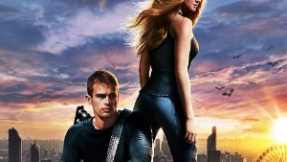 This year, Hollywood is adapting nearly every YA novel in existence. The most obvious example is Divergent. Presenting a post-apocalyptic world (you know, like every YA novel), Divergent tells the story of a young girl being put in her place by rival factions and overlords. Shailene Woodley leads this big-budget experiment. Rocking The Descendants‘ core, Woodley will be tested beyond belief here. Also, actors like Theo James and Jai Courtney will have to prove themselves worthy of starring in blockbuster material. Young actors, normally given generic leading roles, must continually impress to retain positions within the A-list. This story, coming off like a cross between The Hunger Games and The Island, may be the movie’s biggest flaw. From the trailer, I could tell this is walking on shaky ground.

This year’s other YA adaptations look to be just as derivative. The Giver, starring Meryl Streep and Jeff Bridges, has the potential to be another dud like The Host. Like Divergent and The Hunger Games, the not-too-distant future setting plays host to some bug-eyed characters and a transformative story arc. Thematically heavy-handed, The Giver looks to be yet another bland and uninspired creation for A-list actors to hide themselves in. Speeding down a different track, The Fault in Our Stars crosses The Notebook with Short Term 12. Despite its immense popularity, YA audiences reject cinematic adaptations for veering away from the source material.

Expectations and preconceptions may deter certain viewers from this ambitious adaptation. Woodley, again, will have to stretch her acting muscles to envelop this wholly tacky lead role. With Woodley being typecast as young, naive heroes, this movie, if it bombs, could harm her blossoming career. Combining tear-jerky elements including sick children and unrequited love, the movie will have to overcome the cliched material to win over cynical, sarcastic young audiences. Hopefully, these movies scar too many people before The Hunger Games: Mockingjay Part 1 comes out later this year.

Peeling back the layers covering one of History’s most important texts, Biblical Epics touch upon sensitive topics and ethical conundrums. Christians look down upon people touching these all-powerful stories. Considered offensive to the Church, these movies are doused in flames by proactive Christians. The year’s first Biblical Epic is Darren Aronofsky’s Noah. Noah, walking with Ridley Scott’s Exodus two-by-two into popular culture, tells one of history’s most popular stories. As we all know, Noah is a man guided by faith and humanity. Guided by God, Noah is inspired to build a gigantic boat to support his family and all the world’s animals. 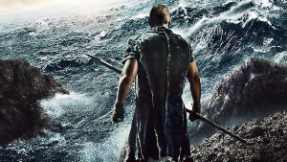 Strangely, despite being based an a universally respectable tale, Noah relies on blockbuster tropes. Tainting this harmless and all-encompassing narrative, the CGI creations, action sequences, and A-list cast stretch this movie’s credibility beyond belief. Here, pitting Russell Crowe’s titular character against Ray Winstone’s character and his frightening human forces, the movie’s gargantuan scale and conventional turns distort this otherwise friendly story. However, knowing Aronofsky’s style, I do hope the acclaimed director can identify and highlight the story’s true merits.

Now, let’s compare this to Scott’s effort Exodus. Not much is currently known about this flick. Scott, coming off of several critically and commercially polarising blockbusters, Scott needs to succeed here. Thankfully, heading toward yet another epic narrative, I hope Scott can reign-in any of the script’s failings and deliver an entertaining thrill-ride. Telling the story of Moses and the Ten Commandments, Exodus boasts eclectic visuals and a dynamic cast. Right now, the cast is this movie’s most distinct advantage. Christian Bale, continually transforming himself, is a good choice to play the heroic Moses. Bouncing off of Aaron Paul, Sigourney Weaver and Joel Edgerton here, Bale will be leading this otherwise questionable endeavour.

For the love of God, I hope my cynicism-fuelled predictions don’t come true. I always look forward to blockbusters of all kinds. Last year, we saw a wide array of movies employ traits of vastly different genres, movements, and directorial styles. Here, with sequels, prequels, superhero blockbusters, and YA adaptations running the show, I truly hope they can separate themselves from one another. The blockbuster season, despite its overwhelming flaws, provides more entertainment value than any other film season. Yes, I do believe that to be true.

It’s easy to slip into cliches whilst talking about big-budget projects. It’s simplistic to say things like: “blockbusters kill cinema” and “why can’t Hollywood make movies the way it used to?”. But Hollywood, like the humans running it, evolves over time. It doesn’t make movies like it used to because it now has greater resources. It can extend barriers and reach communities like never before.