Batman Vs Superman: What Went Wrong? 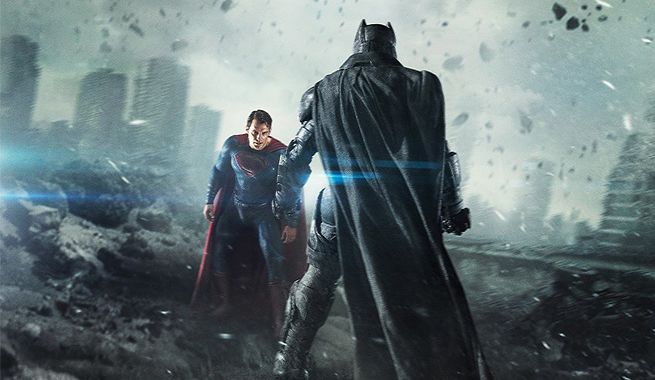 The return of both Superman and Batman in the same film this month should have caused shockwaves of excitement throughout the communities of comic nerds and superhero fans around the world. But since it was announced three years ago that the two would fight head-to-head in the sequel to ‘Man of Steel’ (2013), frenzied speculation has divided the hardcore fans. Despite a resounding opening weekend, box office receipts dropped off significantly in the weeks that followed, and it has received harsh criticism from critics and fans alike. For the purposes of this article I will refer to the movie as ‘BVS’ throughout.

In a lacklustre review for the British newspaper The Guardian, Mark Kermode called ‘BVS’ a ‘Stygian quagmire of quasi-religious imagery’. In the same paper Lindy West called it ‘153 minutes of a grown man whacking two dolls together’. Decent reviews have been conspicuous by their absence, and there seems to be a remarkable proliferation of ‘Reasons why BVS sucks’ videos on youtube.

But why all the hostility? ‘BVS’ offers two of our favourite superheroes in the same movie, so what went wrong? In order to understand why this movie has received such bad press, we need to compare it with previous incarnations of both characters, and look at the source material for Zack Snyder’s bloated epic. Maybe this film isn’t quite so bad as everyone makes out. Perhaps it suffers not just because it plays fast and loose with Batman and Superman’s respective stories, but also because there have been better versions of both their character arcs in recent years.

Batman and Superman have diverse interpretations throughout the last century and beyond, in both cinema and comic book forms. Their wide appeal is usually reflected by the American cinema going public, who have favoured one superhero over the other according to the cultural ‘mood’. Back in simpler times fans would have identified with either Batman or Superman as their favourite superhero (or Spiderman if you were one of the cool kids). Now both of their stories have been merged into one narrative which complicates their respective character traits.

Just when a newly refurbished version of the Superman myth brought him into the 21st century in ‘Man of Steel’, it now seems as if Batman has petulantly invaded the sequel in order to steal back the gloom. In ‘BVS’ both superheroes seem at odds with the humans they seek to protect, and there is a notable absence of convincing human relationships.

In previous Batman and Superman film franchises, both heroes were integral to their own universe. ‘Superman’ (1978) inhabited a Metropolis which was undeniably New York in the 1970s, and this made his particular brand of old-fashioned crime fighting all the more relevant.

Tim Burton’s ‘Batman’ (1989) which followed soon afterwards, was a different kind of ‘grown up’ superhero. Bruce Wayne lurked in dark caves, existed above the law, and stalked his victims by night. His troubled childhood spawned a pathological desire to fight crime which was matched only by the unhinged insanity of his criminal counterparts. Burton’s kooky reimagining of Gotham City within a dark fairytale setting was the perfect environment for Batman’s vigilante justice.

A popular tome amongst comic nerds in the 1980s, Frank Miller’s graphic novel ‘The Dark Knight Returns’ (1986) has now surely become the bible for any modern filmmaker attempting to rework the narrative of Gotham’s great saviour. For his ‘Dark Knight trilogy’ (2005-2012) Christopher Nolan borrowed the idea of placing Bruce Wayne at the centre of an ultra-violent near future (complete with copycat vigilantes). He also reshaped the villains as modern day terrorists, thus giving the film a contemporary relevance.

Although ‘BVS’ should be considered a sequel to Zack Snyder’s finely tuned Superman reboot, the narrative also incorporates the visual look of Christopher Nolan’s ‘Dark Knight’ trilogy (2005-2012). By referring back to what was a hugely successful version, Snyder hopes to rekindle our interest in the character, unfortunately it only serves to remind us how intelligent Nolan’s movies were, and how silly ‘BVS’ is.

Snyder forged his reputation with stylish interpretations of graphic novels that have thrilled (300) (2006) and disappointed (Watchmen) (2009) in equal measure. He certainly seems to be a big comic book fan, and has used them as source material for most of his movies so far. 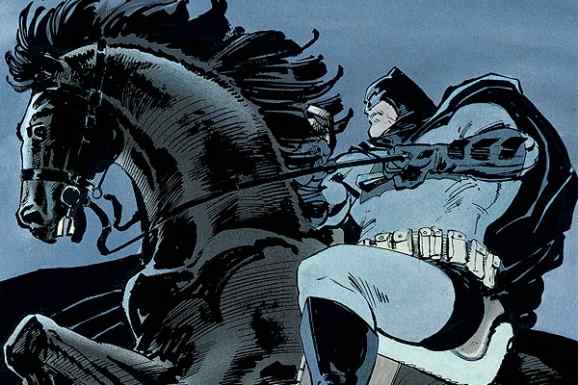 Snyder has now plundered Frank Miller’s text in order to create the story for ‘BVS’, and questions the legitimacy of Superman’s actions in the process. A straightforward sequel to ‘Man of Steel’ may have explored this intriguing theme further, but it doesn’t quite gel with Batman’s story. Painting the literary conceits of a graphic novel within the broad brushstrokes of big screen entertainment is not an easy task, and Snyder struggles with a multiplicity of cultural references.

Snyder also takes the idea of a standoff between old buddies Clark and Bruce which appeared in ‘The Dark Knight Returns’, and uses it to create the main action set piece of his film, but it lacks the satirical edge of the source material. in Miller’s version the standoff is a distraction from the main narrative, a wry observation on Superman’s unquestioning innocence as he becomes a puppet of the US government. In Snyder’s version Batman and Superman are pitted against one another in a building smashing climax, with no cultural resonance.

‘BVS’ bears a heavy burden. It seeks to combine the legacy of two massive franchises, and launch the new ‘Justice League’ universe. Combine with director Zack Snyder’s desire to impose his own commentary on the Batman/Superman myths, and you have a big, heaving mess of a movie which isn’t sure if it is a reboot, sequel, prequel or a revisionist take on the whole genre.

Unfortunately Snyder’s movie stands somewhere in the centre of his own ambitions as a filmmaker, and the pressure to create a new franchise with endless iterations. By far the strongest element in the story is the interpretation of the media who can’t help but dissect and disinherit their saviour, Superman. But then Batman muscles in and proceeds to rain on the parade. This movie feels like being at the centre of a collision between two juggernauts of cinema, who have now become just another pair of superheroes in an increasingly overcrowded market. 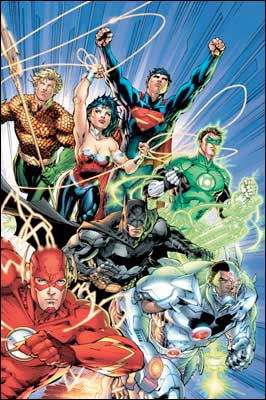 The promise of yet more superheroes and supervillains in this franchise makes one wonder how much there will be left of the earth to protect in the future. Maybe these heroes have lost their power to impress, or maybe they should just hang up their tights for a while.