Brave: A Victim of Favouritism? 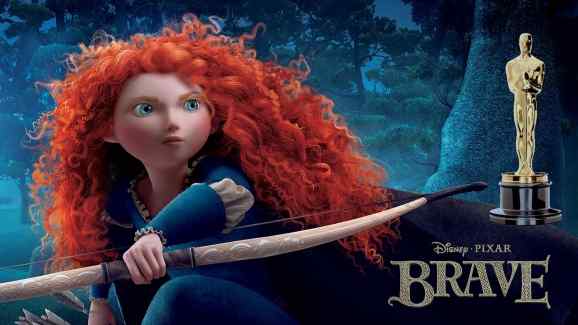 The Academy often has a turbulent relationship with the casual movie-fan. Academy believes that their distinguished members know better than the poor, unenlightened masses that they have the ultimate, unbiased authority as to which movies deserve to win Oscars. Casual movie-fan feels that the Academy is a bunch of unadventurous, out-of-touch old geezers who reward big names and safe bait rather than something that broke boundaries and jet-set new trends and was a great movie without getting down on its hands and knees and saying, “Pretty please?”

Power of a name goes far in the Academy Awards circle. Just look at the Weinstein Company – their films always have their eye on the biggest prize (Chicago, The King’s Speech, The Artist) and the brothers themselves are on the lookout every year for which films could sway the voters the most before stamping their brand name on it to give it an extra boost.

Such is also the case for Pixar Animation Studios, who hold the honour of the most wins in the Best Animated Feature category. And up until recent years, nobody really begrudged them those wins since their output over the 2000s has been generally universally adored, proving that animated films aimed at families can be clever, heartfelt and beautiful without spelling out the same, rehashed morals in billboard-size letters because they’re afraid that all kids are dense as hell.

But the rut that started with Cars 2 seems to have continued on with last year’s offering, Brave, a collision of the visions of two directors, Brenda Chapman and her replacement Mark Andrews. The rubble was then bandaged up with some cinematic sticky-tape and released on to the world with hopeful, perhaps even naive, expectations.

The result was a little film with big dreams that sort of dwindled into nothing and left only small impact on the casual movie-goer. That is until it coasted upon a wave of goodwill from the end-of-year awards circuit and found itself the recipient of the 2012 Academy Award for Best Animated Feature.

Fans weren’t happy and much as it pained me to come to this conclusion, I wasn’t happy either. I’ve loved pretty much all of Pixar’s offerings for the last fifteen years (except for the indifference towards the Cars duo) so to find myself agreeing with those crying foul required some introspection: Why did Brave win? Why has the film and by default, Pixar, received so much hate for this win and is the hate truly justified? 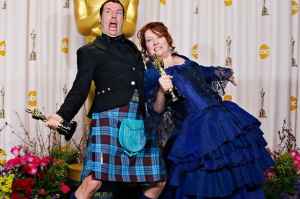 Perhaps the biggest clue is in the brand name. Pixar has built up a good repertoire with the Academy in the years since the inception of the Best Animated Feature category. Their films would scoop the award practically every year to little objection because movies like the Toy Story series, Up, Finding Nemo, WALL-E, The Incredibles and Ratatouille all had a profound effect on us – they made us laugh, they made us cry, they left us awestruck at their crisp, pixellated beauty, but above all, they made us think. Nothing in these films was ever what it seemed at first – the outlandish, even alienating concepts would always give way to something much juicier than expected. The characters had depth to them that aren’t usually seen in children’s films (Compare it to The Smurfs 2, currently ravaging our cinemas and Happy Meals. Cringe as much as necessary). You could often see where the story was going to end, but the journey to get there was a mystery. While still simple enough for younger audiences to grasp, they had enough complexity for older viewers to mull over. Pixar, to put it simply, was the stuff of champions.

Such has been the effect of the “Story is King” mantra put out by John Lasseter that the field of competition in the Best Animated Feature category just gets stronger and stronger every year as other animation companies adopt this strategy and their output becomes more impressive.

It feels very ironic that the company who lead the charge in getting animated filmmaking the respect it deserves has found itself the victim of its own advice. Since Mr Lasseter has been appointed Chief Creative Officer of Walt Disney Animation, their products have slowly begun to eclipse Pixar’s, a reversal of back when Disney was in a creative slump in the early 2000s while Pixar were more than happy to fill the family entertainment gap.

Last year Disney offered up Wreck-It Ralph to the cinematic table. Film-goers happily proclaimed it to be the not-Pixar Pixar movie of the year. When you look at it closely, it has all the elements of the best Pixar movies: it has a unique, maybe head-scratching premise; it takes something from everyday life and gives it a life of its own (comparisons to Toy Story abounded); it tackles adult themes such as prejudice, identity and responsibilities without getting too lecturing about it; it’s got three-dimensional characters who realistically critique themselves, wonder about their purpose in life and can toe the line between egotism and selflessness; it’s got boundless imagination and wit; and, like I said before, nothing is ever what it first appears.

Or if you want to examine another of this year’s nominees: ParaNorman. It too has adult themes, such as bullying and the mature conclusion of how not to let yourself be embittered by it, rather than going on a vengeful spree, which the film also examines. It has its own unique atmosphere, favouring spookiness over the candy-bright world of Wreck-It Ralph and none of the characters are caricatures. And again, nothing is what it seems. I thought I had the movie sussed when I saw the trailer but ParaNorman is much more subversive and throws several shocks and surprises into the mix, which ultimately makes it stronger overall.

Brave, when you look at it closely, has none of these things. It lacks the originality that Pixar has worked with so well in the past and feels, to my mind, more like the Disney Princess films of the 90s. Merida follows in the veins of Ariel (in that she’s stubborn and will do things her own way, damn it) and Jasmine (in that she has no interest in getting hitched though tradition calls for it) with the only fresh twist being the examination of her relationship with her mother Elinor, when the mother figure is often absent in Disney films.

You could also consider that this is Pixar’s first film set within a real historical backdrop. Magical elements aside, the princess-in-a-kingdom setup leaves little room for expansion and the filmmakers never fully delve into the possibilities presented to them. It paves the way well for some kind of epic, fantastical quest but then confines itself to a formula that we’ve all seen – the transformation that must be reversed. Films like Toy Story, The Incredibles and WALL-E never stuck to a formula and therefore had much more freedom to explore.

When compared to Wreck-It Ralph and ParaNorman, Brave almost feels wasteful. Think of all the Scottish lore and history that could’ve been explored or given a new interpretation and the possibilities to give the story the same heart and wonder that previous Pixar films have given us so boundlessly. Even the title itself feels redundant, since Brave has no real message in it about courage and confronting your fears. It’s a real shame that it was so obviously rushed through to its deadline without being given better thought.

With Brave, there is less of a challenge to the audience. We don’t have to think hard about character motivations or what it’s trying to say – we have them pretty much worked out from the start. Merida is rebellious blowhard with a good heart, Elinor is the nitpicking, overbearing mother who clashes with her daughter, the King and the Lords are stereotypical buffoonish Braveheart-style warriors – and I think this stereotype also played a part in how this film got its title. This isn’t necessarily bad but being stereotypical is something Pixar rarely, if ever, does with their characters and movies. The result for Brave as a whole is that it just isn’t memorable enough. I’ve yet to find someone who told me they couldn’t get the film out of their mind for the rest of the day after seeing it.

Not that this makes it a bad film by any means, but when compared to the other nominees this year, it’s definitely the weakest in terms of story and audience appeal. A good film should not have to ride on the success of its predecessors in order to achieve glory. I agree with many when I say that Brave did only win because of the Pixar name but the Academy insisting to us that Brave was the best animated film of 2012 will not encourage many viewers to think again. On the other hand, it seems to have created even more resentment towards Pixar.

The failure of Cars 2 followed by the ambivalent reaction to Brave seems to have shaken Pixar up badly, though I don’t believe their voyaging into the world of sequels, with Monsters University and the upcoming Finding Dory (Why, why, WHY?) is a cynical grab for cash. I believe it honestly has more to do with them trying to prove to audiences that they can still be the creative wizards we know them to truly be. Original future releases The Good Dinosaur and Inside-Out are probably on the right path. I believe Pixar will win Oscars in the future and hopefully it won’t be because the voters still have fond memories of Toy Story.

But until they can prove to audiences that they’ve still got what it takes, rewarding them for an uneven product is not going to do the trick. I’d say, and I think many will agree with me, that the Academy voters themselves are the problem and not Brave itself, who I see here as the victim caught in the crossfire.

It’s decisions like this one by the Academy that are alienating them more and more from the casual movie-goers. We don’t appreciate their opinions being stuffed in our faces or their ignorance of blockbusters such as The Dark Knight and Skyfall outside the technical categories. To this, I say that maybe the idea of the Oscars is slowly becoming obsolete. Awards don’t make good movies: good movies make good movies. Some of the best films ever made didn’t win Oscars – just look at The Shawshank Redemption.

I’m not very happy that Brave won the Oscar but if I take the awards out of the equation and think on the nominees as a whole, I still have a bunch of animated films that I really enjoyed this year and I’d say that having the honour of having a film join your favourite movies list is far more prestigious than that little gold man.

Posted on Aug 25, 2013 by
Jennifer Carr
I'm a budding writer who doesn't claim to be an expert in the fields of film, animation, literature and TV, but I do enjoy making scribblings about them.
Follow