8 Essential Reads for the Young Adult

Reading books – whether Fiction or Non fiction – is undeniably a both entertaining and educating past time when you get away from the monotonous symbol hunting found in your typical English lesson. Unfortunately the joys of reading appear to be overlooked by a number of today’s young adults, which is a pity considering it is often our crowd that stands the most to gain from the questions asked through literature, especially literature geared towards the young adult market. I’ve only been reading leisurely for around 9 months myself and most of that reading time has been spent on young adult literature; below are 8 pieces of young adult literature I thoroughly recommend as a starting point for anyone interested in reading more.

First on the list is the dystopian Sci-Fi Divergent by Veronica Roth. Divergent is about a world where sixteen-year-olds are forced into deciding which of the five factions the society is split into they wish to join based on their personal ideals. This process understandably causes conflicts of interests for the teenagers; Beatrice (the protagonist) is not exempt from said trouble as she mulls over whether following her individual interests outweighs being faithful to the family that raised her, Beatrice’s situation is likely not an unfamiliar one to many a teenager. Reading about Beatrice’s decisions and how she later comes to deal with any fallout consequences will provide you with a vastly improved mindset when it comes to tackling the problems you face in your actual life, that will likely mimic Beatrice’s in all but the small details.

Divergent most importantly makes for a fun read and never feels like some sort of glorified teenage advice column despite the assistance it has to offer to the young adult demographic. It’s simplistic language makes it an excellent choice for the less confident reader, the long chapters do require a fair amount of time to be set aside to read it if pausing mid chapter is something that bothers you.

The Perks of Being a Wallflower will already be known amongst a number of you given its recently acclaimed Hollywood movie adaptation directed and written by author Stephen Chbosky. 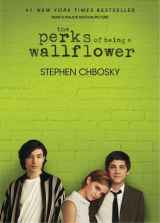 The Perks of Being a Wallflower follows the life of American high school freshman Charlie who has terrible depression, social awkwardness and anxiety issues that initially render him a ‘wallflower’, unable to make any friends despite his remarkable intelligence and friendly nature. While Charlie traverses through a new life of drugs, sex, dramatics and tricky first loves brought on by his new acquaintances, Chbosky superbly portrays the ceaseless turmoil brought on by clinical depression when all the sufferer desires is a sense of normality and healthy relationships that are denied by peers unfairly skeptical of them.

The Perks of Being a Wallflower is a shorter and easier read than some of the other novels on the list which makes it the perfect starting point for any of you that are either constantly busy or simply have a little difficulty settling down with a book for longer periods of time. 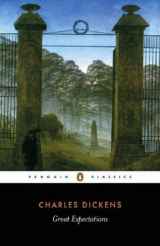 This is one of the older books you will see on the list, written by an author whose works you will likely have already been acquainted with or heard of at the very least due to their renown. In Great Expectations a poor and meek Victorian boy named Pip is given a gentleman’s fortune that takes him from his lower class life as a blacksmith’s apprentice and drops him into London’s famed Victorian high society; the benefactor who gifted the fortune to Pip wishes to remain anonymous until such a time as he feels appropriate. The handy fortune allows Pip to pursue his long founded love of the demented Lady Havisham’s adopted daughter Estella, who unbeknownst to Pip was trained by Havisham to be nothing but cruel to the men in her life. Through Great Expectations Dickens shows us the influences of early upbringing -both positive and negative- and how money can so easily bring out the worst in even the most innocent and humble of people.

Great Expectations is Dicken’s best work in my eyes but it can make for a slightly more challenging read because of the heavy use of Victorian dialect and the 505 page length, nevertheless once you get past the small language barrier it is hard not to be enthralled by this fantastic Victorian novel.

This Elizabethan play truly requires no introduction, much like its creator William Shakespeare as both play and playwright are nothing short of iconic figures. Often called the greatest love story of all time, 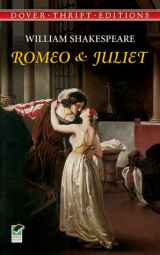 Romeo & Juliet is a probing of a young love between a star-crossed couple divided by a violent family rivalry that persists in spite of their desire for one another, ending only after the couple go through with a double suicide. Questions of where ones loyalties should lie arise from the story of Romeo & Juliet leaving you to debate with yourself whether your own loyalties should lie predominately with family, love, individual beliefs or the law. Romeo of course place his loyalties in his love for Juliet but he soon comes to realize that the barriers placed between his and Juliet’s chances of a regular and wholly happy relationship are far too high to climb, all he wishes for is time to cease moving so they can be with one another, an impossible feat if ever there was one.

Romeo & Juliet much like Great Expectations can make for a tough yet entertaining read if you’re willing to stick with it and attempt to work around the language barrier created by the Elizabethan dialect. If the idea of translating puts you off there are versions with footnotes to cut out the work for you, leaving only the sublime world created by Shakespeare in front of you. 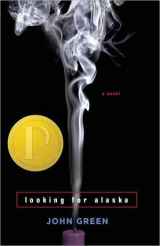 Looking for Alaska is author John Green’s first published novel, standing tall as a testament to Green’s almost unrivaled talent for writing young adult fiction. Miles Halter, a teenage boy fascinated by famous last words is the subject of the book; Miles previously dull existence is given much needed glimmers of excitement and danger when he moves to the Culver Creek boarding school and meets the wonderful young women Alaska Young. Looking for Alaska is more than a tale of a young man coming out of his shell and embracing the finer experiences in life, it also delves into how Miles comes to cope with sudden tragedy and a few of the bitter aspects in the new relationships he has formed. I would have loved to have gone into more detail on this but I’m trying to avoid any major spoilers as best I can.

Looking for Alaska unlike the previous two books makes for a relatively easy read, although there are a couple of words in there you may find yourself googling, the language doesn’t really present much of a problem. Looking for Alaska is one of those books you get hooked into effortlessly; its 231 page length and pretty frequent chapter breaks will make it the perfect read for those of you currently a little tied down by work.

The first and only piece of Non-Fiction on the list, The Diary of a Young Girl is a harrowing 283 page account of a thirteen year old Jewish teenage girl, Anne Frank, as she and her family are stowed away in a secret 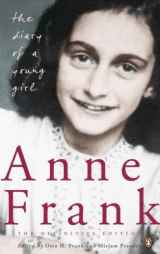 annexe for two years in an eventually unfruitful attempt to flee the grasp of the savage Nazi Occupation in the Netherlands when they are discovered in 1944. The Diary of a Young Girl requires an ample ability to empathize with Anne Frank’s awful situation in order to be fully appreciated, thankfully Anne’s entries make painting the picture effortlessly simple with even a modicum of imagination. Although fear of discovery is an understandably prominent concern to Anne it isn’t the sole topic of her entries; Anne notices the close relationship with her father and older sister is juxtaposed by the distanced interactions she has with her mother Edith, fellow escapee Peter also plays on her mind as she gradually begins to warm to his company in what is probably the most unlikely of circumstances. 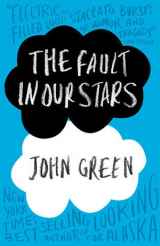 Bet you thought this would at number 1 huh? John Green rears his head again with a rightfully earned second appearance on the list, this time for his most recent novel The Fault In Our Stars. Hazel Grace – a sixteen year old girl suffering from lung cancer – is the book’s narrator, recollecting her time spent at home, college, with friends and cancer support groups where-in she encounters her love interest Augustus Waters. The Fault In Our Stars isn’t your typical emotionally exploitative cancer book (Hazel even states that ‘cancer books suck’), instead it offers a grounded and occasionally humorous look at the disease whilst remaining tactful in doing so. Through looking at sickness and the inevitability of death Hazel realizes how her thoughts and experiences sculpted her, and likewise defined those around her. The Fault In Our Stars fits the definition of an emotional roller coaster to the letter and will even be a tear jerker for the more sensitive amongst you.

The Fault In Our Stars is quite an easy read but some of the language is a tad complex compared to what can be found in Looking for Alaska. All in all this makes for a very engrossing read, you will find yourself blazing through the three hundred page novel whether you’re big on reading or not. 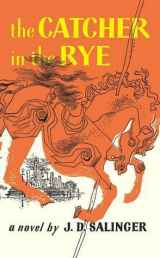 The book’s protagonist and narrator Holden Caulfield reminisces on a few days he spent knocking about his hometown of New York, trying to avoid his parents after getting kicked out of yet another school (Pencey Prep) for not doing well enough in classes. The whole time he spends journeying through New York he finds it almost impossible to get anyone to truly listen to him, whether it be old teachers, prostitutes, friends or love interests and on a couple of occasions he nearly lands himself in serious trouble through these failed interactions. Holden also forms regular comments on what he believes to be the phoniness of the adult world as he goes through limbo between adulthood and the innocence of childhood himself, he sees the journey between the two as a straight line which ‘depresses the hell’ out of him.

The Catcher in the Rye uses a lot of simple language which means it is far from a challenging read, however there is the odd term such as ‘flit’ which may get you googling. Although Holden doesn’t physically do an awful lot a plethora of change in his characteristics can be noted if you look at the sort of language he uses and the subtle hints he gives momentarily to a troubled past. The Catcher in the Rye is above all a genuinely gripping novel that I would hate for any of you to miss out on.