10 Overlooked Facts From Your Favorite Movies

Many people hate the movie 300, and while it may not be a cinematic masterpiece, most people hate it for the wrong reasons. People love to point out the historical inaccuracies which exist in the movie. Among the fantastical elements that wouldn’t have actually existed are the bombs, elephants, giant monsters, and the fangs on the immortals. However while these critical viewers were busy focusing on what wrong about the movie, they missed a vital part that explains all of the inaccuracies. The story of 300 is told by a Spartan, named Aristodemus, who was sent away by Leonidas before the final battle. Aristodemus tells the other Spartans the story just before the battle of Plataea, where a united Greek force annihilated the Persian army. The whole story is propaganda to make the Spartans seem like heroes and the Persians like evil monsters. The implication is that much of it is exaggerated for dramatic effect so the soldiers would fight harder. So if you want to hate 300 for the awful spray-on abs or the overuse of CGI, go right ahead, but you shouldn’t hate it for the historical inaccuracies that are so prevalent because it’s not supposed to be real. 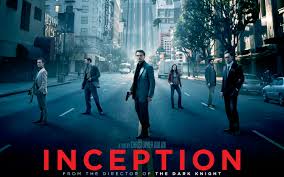 It is common for people who saw the movie Inception think that Cobb struggles with knowing whether he is awake or not. However, this isn’t the case. Viewers believe this misconception because they think that his token is the spinning top, which isn’t the case. Cobb clearly states that the spinning top was his wife’s token. This changes the whole point of the movie because it’s no longer about Cobb struggling to know whether he was awake or not. Instead, it’s about his inability to forgive himself for his wife’s death. This also changes the most talked about part of the movie, the ending. Most people think that the ending poses the question of whether Cobb is awake or not, but with the fact that the spinning top isn’t his token in mind, it becomes clear that the meaning is something else. The ending actually represents Cobb finally allowing himself to let go of his wife and move on with his life. 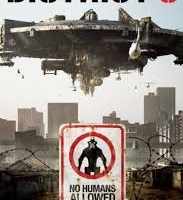 Many people who have seen or heard of the movie District 9 believe that it is supposed to be a representation of the Apartheid. And honestly, that’s not a bad guess, and in some ways it does represent that. However it represents much more than just the Apartheid. District 9 isn’t just a parallel to the Apartheid; it’s about the general sentiment towards immigrants as a whole. The proof for this theory comes from the short film, Alive in Joburg, which was directed by Neill Blomkamp, the same director of District 9. Both films start out with interviews, the only difference is that the interviews are real in Alive in Joburg. Blomkamp asked residents of Johannesburg what they thought of immigrants from Zimbabwe, and received extremely harsh responses. This inspired him to make a movie that highlighted the social segregation that still exists today. Unfortunately, most viewers misinterpreted the meaning of the movie, and thought of it as something that could only happen in the past, when in actuality social segregation still runs rampant today. 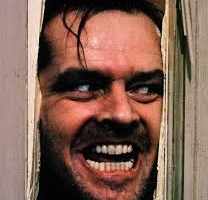 The Shining is, without a doubt, one of the most iconic horror movies ever made, which makes the following revelation even more shocking. Six-year-old Danny Lloyd, who played Danny, didn’t know that he was acting in a horror movie. The next time you watch the movie, see the events through his truly innocent eyes, and you’ll realize how corrupted adult’s minds are. Danny simply thought that it was going to be a movie about a family in a hotel. He wasn’t shown much footage, and what he was shown had been edited so that none of the scary parts were in it. This is even stranger when you consider that the movie was directed and produced by Stanley Kubrick, who is notorious for not caring about the safety and comfort of his actors. But for some reason Kubrick felt that little Danny shouldn’t have to see the awful things that he was capturing on camera, which Danny must be thankful for. 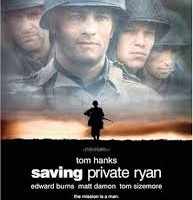 In the very beginning of the movie, while the American soldiers are storming the beach and clearing out the trenches, two enemy soldiers emerge with their hands up, screaming something in a foreign language. It seems like they are German soldiers trying to surrender, but the American soldier shoots both of them anyway. After the American kills them he says that they were saying, “Look! I washed for supper!” What most people don’t know about this scene is that they were actually speaking Czech, and the man said, “Please don’t shoot me! I am not German, I am Czech, I didn’t kill anyone! I am Czech!” This means that he was a Czech prisoner taken by the Germans and forced to fight for them. While the movie already depicts war as a dark, destructive force, this scene reveals the true perils of war that aren’t included in other parts of the movie. 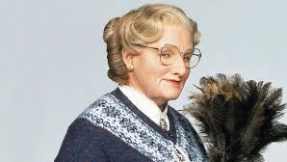 In many movies there are the good guys and the bad guys. There is a clear distinction between the two, and it is obvious whom you should be pulling for when you’re watching the movie. However, Mrs. Doubtfire doesn’t follow this trend. While Robin Williams’ character, Daniel Hillard, was definitely more likable, there is nothing inherently “bad” about the antagonist, Stu. In fact, Daniel attempts to provoke Stu on several occasions, and Stu refuses to respond with hostility. Daniel breaks the hood ornament off of Stu’s car and commits a “drive-by fruiting,” but Stu never reacts like a normal “bad” guy would. Stu is a generous, patient man who never does anything wrong throughout the movie, and yet people still view him as the bad guy. In actuality, he is just the antagonist because his goals are in opposition to the protagonist’s. It’s very interesting to watch the movie and think about it from Stu’s point of view. 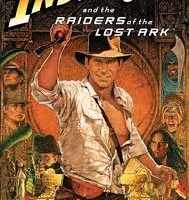 Considered one of Spielberg’s greatest works, Indiana Jones and the Raiders of the Lost Ark, follows archaeologist Indiana Jones as he races against enemies, including Nazis, to find the Ark of the Covenant. The only issue with the movie is that Indiana is completely irrelevant to the plot of the movie. His involvement in it changed absolutely nothing. Even after everything Indiana does, the Nazis still end up with the Ark. They decide to open it, and the angels of death kill all of them. So, take Indiana out of this, and what is different? That’s right, nothing. If Indiana isn’t there, the Nazis still get the Ark, they still open it, and they still all die. Nonetheless, it’s a great movie and still enjoyable. Now that we have enough 80s kids questioning all their favorite movies, we’ll move on. And don’t worry; Luke Skywalker totally had a purpose in all of the Star Wars movies. 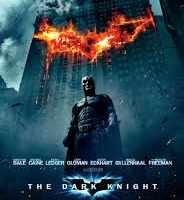 The Dark Knight is dedicated to two men, Heath Ledger and Conway Wickliffe. Everyone knows who Heath Ledger is, and society wept when he tragically died. Conway Wickliffe, on the other hand, was a relatively unknown stuntman. He died when a stunt went wrong while filming, but no one ever mentions him. This ties into the movie because in one scene The Joker tells Two Face that he sees the social order as the death of one being a tragedy only if the person is “special” enough, but that people who are “expected” to die don’t get attention from others. The Joker calls this “part of the plan” and “established order.” This is an incredibly interesting parallel and highlights how accurate some of The Joker’s views on the world are. It’s also particularly intriguing because it is Heath Ledger himself saying these words, and then the exact scenario happens to him. 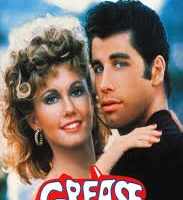 Grease is often thought of as one of the best romance movies ever. The guy and girl overcome their difference to find true love, how romantic. But when you really focus on what’s happening, you’ll see that it has a horrible moral. The moral behind Grease is that in order for true love to prevail, you have to fundamentally change who you are as a person. This is a terrible message, but it’s what the movie preaches. Sandy becomes shallow and manipulative, and somehow viewers are supposed to be happy about it. But then again, the movie redeems itself with the deep lyrics that follow you to the very end. These inspiring words are “We go together like rama lama lama ke ding a de dinga a dong remembered for ever like shoo bop shoo wadda wadda yipitty boom de boom.” Yeah, that song makes about as much sense as the rest of the movie. 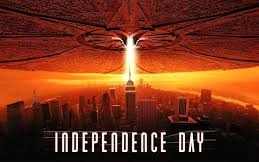 Independence Day is criticized for many reasons, and while many of those criticisms are valid, one major criticism can be cleared up with some information revealed in a deleted scene. After watching Independence Day, many people complain about the scene where Jeff Goldblum’s character, David Levinson, is able to use a regular old MacBook to hack into the alien ship and disable the virus. Obviously, this makes no sense, and any attentive viewer would be asking, “How the hell did he do that?” The answer is revealed in a scene that was cut out of the final movie. In this scene, it is explained that all of our modern technology was reverse engineered from the crashed fighter. With this in mind, it makes sense how he would be able to hack into the ship. He was familiar with the alien engineering and structure of the programming language. Why they cut this vital scene out of the movie? Who knows, but it sure helps to understand the movie with that information.