It is a momentous occasion for Nas’ platinum-selling debut album Illmatic. April 19th marked the 20th anniversary of its release in 1994. To celebrate, Nas has released an updated version of the album via iTunes called Illmatic XX. The new release consists of remastered versions of the original tracklist along with remixes, accompanied by an unreleased track from the early 90’s recordings and a pre-Illmatic radio show with *69, Jungle & Grand Wizard. But the release that has stirred the most buzz, is a documentary called Time is Illmatic, making its world premiere opening the Tribeca film festival on April 16th.

Directed by One9, Time is Illmatic is a feature-length documentary that delves deep into the making of the album as well as the conditions and environmental influences that contributed to Nas’ worldview. Illmatic is a hip-hop benchmark that encapsulates the sociopolitical outlook, collective angst and spirit of a young generation searching for their voice in America. The documentary avoids the simple fan-like elements of similarly subjected music films. Instead, it poses a strong sense of the Queensbridge estate that Nas grew up in – the largest public housing project in the USA – that served 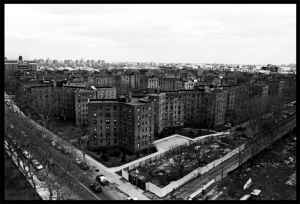 as a constant threat to residents’ lives. Nas’ brother Jabari Fret (aka Jungle) provides much of the film’s vibrancy and also acts as an eyewitness to the shooting and murder of Willy Graham (aka Ill Will), Nas’ close friend and collaborator. The documentary cites the tragedy as the catalyzing moment of Nas’ transition to a better life. It also presumes the viewer understands the album’s legacy, instead of over promoting it. The current buzz around Nas’ debut may be leaving some of you wondering what the big deal was about Illmatic. So I thought it would be worth shedding some light on the album and its context for those in the dark.

Released on Columbia records, Illmatic was an album that bridged the gap between underground and commercial. Musically, it was underground, unpolished, and raw, but because it was so well executed it achieved commercial success. You can almost hear the New York project hallways in the beats, and you can feel yourself being led down the Queensbridge streets, experiencing the struggles of street life that Nas faced. Illmatic established hip-hop as an art form to be taken seriously. His violent imagery and dark subject matter was a common trait among East Coast rappers. Around the time of release, the East Coast, with the likes of 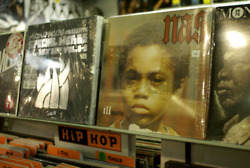 the Wu-tang Clan and The Notorious B.I.G., weren’t selling as well as the West Coast hip-hop scene, consisting of artists such as Tupac, Dr. Dre and Snoop Dogg. Illmatic was essential in restoring interest in the East. To begin with, the sales didn’t correlate with the reception the album received. So back then you couldn’t tell the impact of the album by the sales, but you could tell in the streets. However, not too long after the release, the album’s greatness rifled its profile out of New York and in to the mainstream. If you could take the excitement people recently had over Kendrick Lamar’s debut album good kid, m.A.A.d city and quadruple it, you would have the buzz for Illmatic. The consumption of music was much larger and the excitement that existed at that time for hip-hop, which was still a burgeoning culture, made Illmatic a momentous release. If you were in to hip-hop on any level above cursory, you owned Illmatic.

Here is a brief overview of the track list:

The Genesis: The album’s introduction subtly tells the listener everything they need to know about Nas’ beginnings. The first sound you get is the rattling of an elevated train, instantly installing the atmosphere of New York in to the listener’s psyche. Nas’ verse on Live at the Barbecue is played in the background, under dialogue from the hip-hop inspired motion picture Wild Style. Combined, these elements are used to represent his roots (Genesis). A conversation between Nas, AZ and Jungle follows. The dialogue introduces some of the themes of street-life; guns, violence, drugs, alcohol and the pursuit of money by any means. Nas expands on these in the next track.

N.Y. State of Mind: DJ Premier’s jazz-like piano loop sets a dusty, dulcet tone for Nas to encapsulate life in Queensbridge. Showing you how he obtained his New York state of mind, “It drops deep as it does in my breath, I never sleep cause sleep is the cousin of death. Beyond the walls of intelligence life is defined, I think of crime when I’m in a New York state of mind.”

Life’s A Bitch (Feat. AZ): Nas and AZ provide an existential reflection on life. AZ made rap history with his emotive verse, creating one of the greatest cameos rap has ever seen with lyrics such as “visualizing the realism of life in actuality, f**k who’s the baddest a person’s status depends on salary, and my mentality is money-orientated, I’m destined to live the dream for all my peeps who never made it.” Illmatic has a notable Jazz influence and is littered with jazz and funk samples, Life’s A Bitch is no exception. The L.E.S. produced beat certainly has remnants of jazz and Nas’ father, jazz player Olu Dara plays an alluring trumpet piece as the music slowly fades. The elegant beat, AZ & Nas’ poetical dexterity and Olu Dara’s bliss trumpet sculpts a scene of sun soaked New York streets. 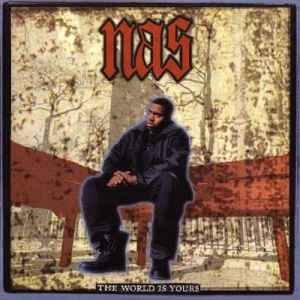 The World Is Yours: Nas’ collaboration with producer Pete Rock is placed in the top ten greatest rap songs of all time by about.com. The World Is Yours provides a ray of optimism in the cynical world of poverty in the projects. It represents the idiom of freedom – you don’t have to feel like there’s a ceiling to what you can accomplish because of the circumstances that you come from. It reminds us that we all have the power to be positive and that greatness can come from anybody.

Halftime: As Nas’ first official single, Halftime marked a watershed moment in his career and in the cultural life of a generation, signalling Nas’ flourish as a black public intellectual. Nas demonstrates his lyrical prowess and foreshadowed his dominance in the rap game over a Large Professor beat – “Nasty Nas in your area, about to cause mass hysteria.”

Memory Lane (Sittin‘ in Da Park): Nas reminisces on his experiences in the projects. What he saw, smoked, drank, and felt. The DJ Premier beat provides breaks with a Biz Markie sampled hook repeating “Now let me take a trip down memory lane, coming out of Queensbridge”. It is Nas’ imagery on tracks like this that made Illmatic the ground-breaking hip-hop album that all others were compared to.

One Love (Feat. Q-Tip): Using the format of a series of letters to a friend doing time in prison, Nas – using poetry as his brush – paints the current state of life in the streets over Q-tip’s mystical and hypnotic soundscape. He recounts events that have occurred since the receiver’s imprisonment, including unfaithful girlfriends, emotionally tortured mothers and a youth destined for an early grave. A flawless example of storytelling through rap.

One Time 4 Your Mind: Here, Nas elicits more of a braggadocio style of rap. Producer Large Professor provides the song with a soft beat and a deep bass line for a somber feel to propel the rapper’s dark storytelling. Nas describes his shenanigans while living in Queens, with rhetorical technical precision that lets other rappers know who they’re dealing with.

Represent: The rhythmic DJ Premier track has a serious tone, exemplified by Nas’ tales of Queensbridge. While the majority of the album consists of funk, soul and jazz samples, Represent contains an organ sample. Nas discusses his lifestyle in an environment where people “love committing sins”.

It Ain’t Hard To Tell: The song opens with the synths and vocals from Michael Jackson’s Human Nature, sampled for the intro and chorus. Large Professor looped in the saxophone from Kool & the Gang’s N.T. creating a stirring mix of horns for Nas to flow over. He clearly understands the power of his words, as his final statement is “Vocals will squeeze glocks, MC’s eavesdrop, though they need not to sneak, my poetry’s deep. I never fail, Nas’ raps should be locked in a cell, It ain’t hard to tell”.

When listening to the album, the listener envisions Nas as an adolescent, yet ‘wise elder’ looking out the window of a dingy, smoke hazed room in the Queensbridge projects, observing the tragedies that haunt the streets, scrawling them down on a scraggy notebook. Nas used Illmatic as a vehicle to escape. He separated himself from the sinister happenings going on around him, becoming a poet documenting the street life. The appeal for Nas as an artist is that even if you aren’t living in the circumstances that he had to deal with, his stories are still relatable. In his own words “I’m in Queensbridge and I’m rapping about my life in New York, I’m still talking about this country. It goes beyond my neighborhood, beyond the city I live in. It’s a whole American thing.” The culture and experiences that impacted him fuse into something that withstands the decay of time. It is a story of a gifted writer born into squalor, trying to claw his way out of the trap. To appreciate Time is Illmatic’s poignancy, I would recommend listening to the album. So kick back, and take a jump to another era through the potent production that crafts the album’s gritty yet melodic aesthetic and the inner city poetry of a ‘street Buddha’.

Posted on Jun 23, 2014 by
Luke Martin
Luke Martin is soon to be a journalism undergraduate, with a passion for the arts.
Edited by CriticalOtaku, Jamie Tracy, Mary Awad, Misagh, Helen Parshall.
Follow