In general, I despise all forms of artistic censorship. I believe it to only stifle creativity and free speech, but it is such a multifaceted contemporary issue which aches for discussion as much as the quality of games themselves. However the deeper I delve into the existence and enforcement of videogame censorship, the more I find myself questioning my own beliefs; it’s technicality upon technicality. Gamers often criticise the binary morality systems of games such as Mass Effect as simplifying complex issues in a black and white manner. The issue of censorship is no different: it cannot be boiled down to being good or bad no matter how hard you try, there will always be exceptions to exceptions to rules. Art is subjective by definition, therefore any set of values imposed to control it must be equally subjective.

I live in Australia, a country notorious for banning games or forcing developers to alter them before they are ready for our sensitive eyes. Recently after a very long struggle an 18+ rating was finally introduced for videogames; previously any game deemed unsuitable for a 15-year-old was refused classification (banned). This decision was praised by Australian gamers far and wide as a step forward for freedom of choice. Also recently, Saints Row IV was refused classification in Australia despite the addition on the 18+ rating, leaving myself and many others wondering what was the point of modifying the classification laws in the first place? It’s easy for gamers to assume anyone associated with videogame censorship is some backwards-thinking conservative lunatic – after all, these people pretty much exist to ruin our day, much like parking inspectors. However all of us have our own personal tolerances no matter how intently we criticise the tolerances of others. The problem arises when individual tastes diminish the choices of others.

Essentially videogames are censored when they are deemed offensive by whatever body exists to make those decisions on the public’s behalf. However, what is ‘offensive’ is based entirely on opinion – what’s despicable to one person may be considered tame by the standards of another. These days, violence and coarse language is scarcely a consideration when it comes to censorship bodies, the real red-flags arise when a game features sexualized content or incentivized drug use. Before it was altered, Fallout 3 was refused classification in Australia due to the existence of stat-boosting drugs resembling real-world counterparts (Med-X was originally to be called morphine). Similarly (and unsurprisingly) the Megaton side quest, which allows players to detonate a nuclear bomb in the middle of a populated town was completely removed from the Japanese version of the game. This cultural specific censorship is not uncommon, Germany for instance has a particular sensitivity to depicting Nazism (for obvious reasons), and as such has a history of altering or banning Wolfenstein titles even though Nazi’s are the antagonists of the series. This suggests this cultural censorship is more a result of historical denial and not a genuine concern to protect the public from questionable materials. Even slight alterations can be the difference between a game being released or banned. You may of noticed in Grand Theft Auto 4, despite you’re ability to shoot pedestrians indiscriminately, it was in fact quite difficult to actually kill them. They would crawl and stagger away even after being put-down two or three times. For European, UK, Australian and New Zealand versions of The Last of Us, players were exposed to less graphic gore in the multiplayer component entitled Factions, unlike the North/South American version which contained limb dismemberment. As Fallout 3 features graphic slow-motion dismemberment and decapitation in all versions of the game, the censorship imposed on The Last of Us seems very inconsistent.

Constantly being exposed to confronting material in virtually all aspects of our lives, from videogames to television to literature, has left many to believe they’ve become completely desensitized to violence. Certainly the shock value of seeing a person decapitated on-screen wears-off after a few thousand times, but no amount of apathy towards simulated dismemberment can even slightly prepare someone to witness this horror with their own eyes. Call of Duty: Modern Warfare 2’s highly controversial airport massacre left many gamers (and news reporters) appalled and thrilled in equal measure, but the simple fact is that playing through a sequence such as this is but a fraction of a fraction of the intensity of what it would be like to experience it for yourself, whether it’s as a victim or a perpetrator.Videogames are not real, and no matter how genuine the graphics or sound design appears, they barely represent reality. Pushing buttons on a controller to make a character fire and reload a gun is in no way comparable to doing it yourself, it is for that reason that I firmly believe someone cannot learn to kill simply by playing first or third-person shooters.

No matter how complex, insightful, philosophical or riveting, all art exists for one reason and one reason alone: to illicit emotion in its audience. To that end, is material one considers offensive simply an art form doing its job? For decades horror films have capitalised on disturbing and unsettling viewers, an offensive videogame is just one that creates an emotion that challengers a players perceptions of morality or social convention. Whether or not someone is too offended to play a videogame all comes down to personal taste. To that end, would it be better to ditch censorship altogether and simply allow people to expose themselves or their children to whatever they are comfortable with, or at least assign any game deemed overly graphic an 18+ rating and allow adults to make their own decisions? (A freedom we’re robbed of in Australia). A big part of me believes this to be a simple but elegant solution to this entire problem, but the reality is that even I, who generally despises all forms of artistic censorship, believes there is a line that cannot be crossed, and that line is rape.

In modern society killing another human being is considered a deeply heinous act, but there are a few very specific situations when it is deemed acceptable, such as self-defence. No such leeway exists for rape. It is a profoundly hideous, vile, torturous crime capable of destroying a person’s very soul. Simulating rape, for me, would be the height of distaste, but even in such a situation there are technicalities to consider. Is the player witnessing the crime or committing it him or herself? If so, is it essential to the story or a completely optional encounter? There have been many critically acclaimed films which feature graphic depictions of rape, A Clockwork Orange being a notable example. This is one of my favourite movies, and though I find the sexual assault scenes extremely confronting, it disturbs me in a way that builds tension and ultimately creates a strong, unique narrative. A Clockwork Orange neither condones or condemns sexual violence, but simply acknowledges its existence in the world of the anti-hero, Alex, whilst tackling broad themes of the freedom of man to choose, even if that choice is one of pure evil.

Recently amidst controversy over including a sexual assault scene in the demo of Hotline Miami 2, Dennaton Games folded and cut the content, with key developer Dennis Wedin stating:

“We removed it for the demo. We’re going to work with it, see if we can fix it. You get a bigger picture when you play the whole game, which is lost in the demo of course.” 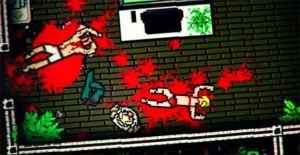 It’s obvious that depictions of sexual violence are still deeply taboo in videogames despite its prevalence in other forms of art; even a 2D, top down action game cannot touch on this issue without causing an uproar. Perhaps developers are simply not trusted to approach rape with the maturity it deserves, and as such we’ve drawn our own line of censorship in which we deem it unacceptable to cross. People often forget that the consumers are king in any market place. If too many gamers are disgusted by an upcoming videogame, the developer will have no choice but to alter it to ensure the heavy cost of development and publishing is justified.

The right of free speech is considered one of the defining characteristics in first world society; it’s easy to forget that despite the claim of many that they “respect everyone’s personal opinion,” such a statement can simply never be true. Everyone has their own tolerances and it’s in our nature to censor those which conflict with what we believe. The media are often all too keen to run stories condemning videogames to the fiery depths of hell, as if any child will instantly become a corrupted anti-Christ upon bearing witnessing ‘offensive’ material, but the reality is children are not as stupid and impressionable as adults so readily assume. They forget that they were kids too once, and they turned out alright despite the sex and violence they were exposed to in movies and on TV. Most people are very much capable of distinguishing between fantasy and reality, and for that matter, avoiding the fantasies that make them uncomfortable. At the end of the day no one is forcing anyone to play a game in which they consider offensive. Perhaps the solution lies in simply making games available to everyone and leaving it up to individual discretion to decide which titles to purchase. In any case this issue is not going away anytime soon. You can’t please everyone, even with federal laws, but we forget that people are capable of making their own decisions and dealing with the consequences.

Posted on Oct 22, 2013 by
Lachlan Vass
Yo, what's up? I'm a journo from Australia (staya) trying to expose a local ring of bogan druglords, and also write about film, TV, games, literature, arts and maybe Anime.
Follow