Where Did All the Editors Go?

Traveling far for news is a bygone state of affair now. The online availability of news has increased which has led to the prevalence of checking online news increasingly. There is a wide variety of online renowned news posts which are checked regularly by a wide range of audience online. Some of the reputed online news platforms are The Huffington Post, The new Yorker, Buzzfeed and others. These media sites are popularly used by millions of people worldwide on a regular basis. Lately, a common practice that has been largely prevalent among all of these platforms are errors. All of these online news mediums are seen making an ample number of errors which are making it a shame to read the posts.

The errors include grammar errors, spelling errors, syntax errors and many others. Hence, it can be concluded that there is hardly anybody to check the errors which are committed by the writers. Hence, the question have arisen which asks, ‘where did all the editors go?’ This question seems justifiable as editors are the individuals who are responsible for checking on the writing or the errors. There has been a huge decline in the level of quality writing for varied newspapers or magazines. This has taken place due a varied array of factors. Newspaper or magazine organizations are cutting down costs to let of the editorial staff. This has led the way for the writers to proofread or edit their own content. Therefore, this further makes missing of errors or committing the same errors a natural phenomenon.

Cause of the decline

It can also be possible that the organizations are using as much of their voice as possible without causing any hindrance. When the agencies are cutting down on the editorial staff, it is resulting in the cutting of costs or reduction of costs. Another major issue that can be cited as a reason is the presence of news in the audio visual medium. News production goes about a 24-hour cycle while lasting up to three days. This is the approximate time frame in which an audience is interested in a particular topic and its follow-up. The easy availability of talking points and sound clips has been recognized as a great potential threat to the newspapers or magazines print medium. 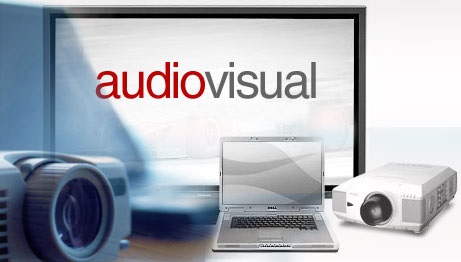 This has further led to a recoil from the dedicated readers who used to check the news thoroughly in a regular manner. The loyal readers have been seen to be less interested in reading news with the prevalence of large array of mistakes, ranging from grammatical to spelling. The wide array of mistakes, however, pulls a reader back from reading as the mistakes act as major distractions. The editors are plagued by a similar problem which is shrinking advertising in addition to funding sources for the media, the media system’s patterns of ownership along with the influence of the well-established triad of the politics, media, and business.

Most of the editors of the current generation belong to that generation of the journalists who are raised in the media that has emerged in the 90s. This is true in the case of around 80 percent of editors. This lacks professional training but it strong on passion and also political participation. The greater amount of popularity that has been received by audio-visual mediums are reasons that online mediums are facing a shrink in the revenue. The reduction in the advertisement revenue has led to a loss. Thereby, agencies have been resorting to ideas and means to cut costs down. This could be one of the factors of the disappearance of editors from the wide zone.

Furthermore, there has been a rise in the speed of technology with which news are reaching out to the readers. This has led to the avoidance of traditional grammar rules and grammar checking business. The traditional quote of Marshall McLuhan, ‘the medium is the message’ is certainly becoming true. One of the major reasons that can be cited as a problem is the modern times. What matters today is the speed of news that the quality. Traditional thinkers and readers might be bound to traditional forms of spellings, grammar, and syntax, but modern times readers are more interested in the speed. The speed of technology has however taken over checking on the traditional grammar and spellings. Today, it can be seen that there are very few people who actually care about the spellings and mistakes more than the frequency of news.

Today, it has become extremely important that the news reaches faster and hence after the writing is done, the editing is hardly given any importance to. This has however majorly affected the quality of writing. With the rise in competition in the other forms of media, the quality is somehow downsizing. This factor though does not matter to all but have greatly affected some. Some readers have been highly affected by the major mistakes online and do not seem interested reading online anymore. There has been a huge decline in the traditional news coverage, even in major newspapers. Thus, it can be said that it is definitely not at all worthy to try so hard.

It can be argued that whether news sites even have any editors or not, seeing the decline in the quality of writing. The decline of the quality of writing is a true fact as more than half of the readers complain about the errors online. Moreover, a large amount of readership too have gone down. No one seems to take any proper time out to check the articles vehemently. Proofreading is no more done with dedication, resulting in the wide array of errors and mistakes. We have certainly reached a point where the standards of language lack in a great manner. The fact that the standards lack, do not matter anymore. There has been a huge drop in the readership of newspapers which has led to the editors to not care much about the quality or standard of writing. The editors are, however, not seen to do justice to the job they are supposed to be doing.

Digital technology often presents a wide array of choices which are unavoidable and equally appealing to the eyes. This includes the production of slideshows, video, joining social networks or even blogging. The high competition from the fellow news mediums has led to the urgency of news to be delivered faster than checking what has actually been written. Thus, this menace should be taken into consideration in order to bring about changes in the scenario. It is only when the news organizations and agencies give the responsibility to the editors to check up on each article produced, can there be lesser mistakes. The editors need to find out their true responsibilities and act accordingly to uprise the quality of writing. This, in turn, shall provide the readers with an improved reading experience.

Time Travel: The Literary Way To Wander
The Importance of Travelling to Creative Writing
Narrative Distance in Life Writing
Exploring the Nom de Plume
Writing in Isolation during a global pandemic
The Sword of Shannara: Inspiration or Plagiarism
Journalism and the Politics of Character Assassination.