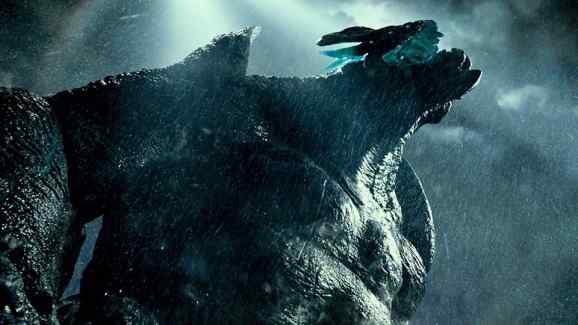 In 2007, The Michael Bay directed film Transformers – based on the beloved giant robot toys and cartoon series that raised a generation, was a state of the art visual event. The notion of the franchise being brought to the big screen was greeted with both awe and lamentation however as despite the idea of seeing these behemoth characters in live action was exciting, a fairly average and completely mainstream film-maker at the helm sullied the potential film to be a plot hole riddled money making focused blockbuster (as is Bay’s forte). The only thing fans could cling too was the hope that Bay would allow and then inject as much nostalgia towards the original creation as possible. To a degree he did and the original film did have its charm but of course the final product was weak, borderline annoying, predictable and basically not the film a lot of fans could have one day hoped for. There was a justification for that however; as a film of that scale almost demanded it be made by someone like Bay – at least in 2007 it did. There were only a handful of directors Hollywood would grant such a gratuitous amount of money to bring to life a franchise that, at the time, was not very mainstream to anyone besides pre-teens and over-aged geeks. If you wanted to do it, it had to be this way. That was the best – almost only – way to look at it.

Pacific Rim, Guillermo Del Toro’s own “giant robot” movie, initially drew a lot of comparisons to Transformers understandably, but while that justification of Bay’s film still applies theoretically here, it would be doing the Spanish director a disservice to compare the movies or even go in expecting they have the same level of agenda. Things have changed a lot in the last six years, and maybe Pacific Rim proves that Hollywood doesn’t need to go with their usual dubious director/s for hire to handle such projects anymore. Just maybe. Regardless, I watched it within its own context (as every genre film should be) and won’t overtly compare it to Transformers either as even though both contain similar elements, Pacific Rim has much more passion, qualities and an agenda that would be insulted by Bay’s (and the studio) one for that film. This is all completely obvious after the first five minutes too. Still, when you’re spending this much money, you need to make money and trying to please everybody is a necessary evil for such films that this one can’t escape either whilst other films of blockbuster ilk basically embraces the medium as a cash register.

The world has a pretty big problem in the not too distant future. Things such as war, famine and global warming take a back seat to a much more pressing issue in Pacific Rim; one that involves massive alien monsters (traditionally known by the Japanese word “Kaiju”) rising through an inter-dimensional portal at the bottom of the ocean to lay waste to our big cities. The Kaiju plan to habitat on our planet and need to “clear the vermin” that is the human population before setting up the TV and getting comfortable. Kaiju are enormous, Godzilla-like creatures, each one unique in size and design but mainly behave like animals (an ape or shark for example) as they smash through buildings etc. like toothpicks. After about the forth attack in several years, the humans implement a plan to fight back and set a war in motion by designing equally massive mecha robots – piloted by humans – to take them down. These are the Jaeger; which loosely translates to hunter, and require two pilots both being connected via a mind meld or telepathy called “drifting” to handle the intense mental strain of operating the metal giants.

The stage is set then for Pacific Rim to be an assault of state of the art CGI and insane levels of action. It pretty much is, with Del Toro fortunately trying to build something extensive around that also. UN-fortunately, it is a shaky foundation of character development and lack of convincing emotion between our three leads that threaten to derail the whole thing. He steadies the ship as best he can, but once we enter the final third of the movie, these holes and weak scripting appear a little more obviously. Again, fortunately, it becomes merely serviceable at its worst. Embrace a little context and Del Toro’s motivations and it becomes a lot clearer that lumping this movie in with mediocrity that is often trotted out as the latest Summer blockbuster is a tad unfair. Style out numbers substance without question, but unique sci-fi action on this scale doesn’t happen often and it’s best to enjoy the ride over demanding explanations or wanting HBO levels of drama. This is the closest we have gotten to have a $200 million live action manga; I couldn’t help but just feel grateful most of the way. However, it is a tad frustrating that having a concept such as drifting (something that allows deep levels of emotion for each character to be brought to the forefront), just isn’t capitalized enough.

A well-handled pre-title sequence gives us a decent prologue and Del Toro is solid in his direction throughout, but for fans of the director it should be mentioned, that given what this film represents (see: first two paragraphs), whether intentional or not, his unique fingerprints are more absent than they are relevant. Calling it by the numbers for him is too harsh though as sequences in Hong Kong and production design overall is pure Del Toro. The orchestral score by Game of Thrones composer, Ramin Djawadi, is patriotic and dark while never being overbearing, it suits the visuals well. Cinematography is also excellent. With the majority of the film set during night and battles taking place mainly in the ocean, this was a bit surprising but a nice dark sci-fi aura envelops the whole setting; grimy overcrowded cities create a reality more akin to Blade Runner than Transformers.

Performances are – as expected – adequate with no-one really taking centre stage. Idris Elba comes out on top as the booming Jaeger commander Stacker Pentecost. Sons of Anarchy star Charlie Hunnam is our lead as a veteran pilot and he brings a solid screen presence consisting of strength and emotion, but as mentioned, emotion is not the film’s strong point. With the exception of a harrowing scene involving a young girl, most of the script falls flat and unmoving. Rinko Kikuchi suffers similar fate not being able to truly connect with the audience, but she does well enough to provide an unfamiliar strong heroine role to the film. Del Toro regular, Ron Pearlman, provides the only real laughs that work and is great as black market dealer, Hannibal Chow. The rest of the cast are not worth mentioning overly. A pair of competing scientists adds some more (albeit forced) humour and two non-Australians actors provide an Australian father and son team that ultimately come off as corny. Regardless, ALL of our players take a backseat to the Jaeger and Kaiju and so they should. This is a monster movie after all and the ILM CGI is truly gob smacking. A little more expansion on the eclectic pilots would have been welcome however and given the film a little more character.

Overall Pacific Rim deserves to be viewed through the eyes of someone that wants to appreciate where Del Toro is coming from. His passion and love for its inspirations from Japanese Mecha anime to the classic Kaiju/Godzilla (the film is dedicated to its creator Ishirō Honda alongside Ray Harryhausen) movies of old cannot be faulted, yet in his designs he retains a surprising amount of originality. From feeling the literal weight of the Jaegers crushing through buildings to the roar of the Kaiju, the authenticity and homage of all these things are present and yes, it is exhilarating seeing it on a live action $200 million budget finally. In that respect, it is all he could have done; the best old fashioned monster movie in almost a decade despite its screenplay flaws. Anyone looking for such a thing, to leave Pacific Rim disappointed would be baffling. Scrutinizing it is fair enough but maybe not in the spirit of appreciating the unique situation creating such a movie and experience can be. In the end, the film-makers have decided not to compromise, not resort to product placement, big name actors or service over sexed teens. Its focus is where it should be and that it doesn’t soar in other departments and plays out fairly predictably is merely unfortunate. Pacific Rim is broad and massive in every sense of the word entertainment and has come out unashamedly fan-boy driven as opposed to studio driven. That’s a good thing for all film lovers.

Posted on Jul 25, 2013 by
Ben Harper
Film loving father who had wannabe dreams of directing once. I have passionate opinions on most things but especially for film. I love to watch. I love to write.
Follow