In today’s movie industry, superhero films have become the type of films most consumers gravitate towards viewing at the theaters on an annual basis. Superhero films have become the sugary delight that consumers crave at a candy store. But while superhero films are normally categorized into the “superhero” genre, it can be argued that certain films can fit into other genres depending on what separates them from other superhero films and what the advantages and/or disadvantages of that might be. There are certain films that have been released within recent years and in the past decade that demonstrate how superhero movies can be distinguishable from others. 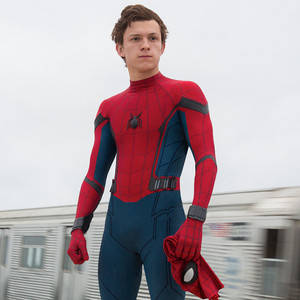 Following his Marvel Cinematic Universe (MCU) debut in Captain America: Civil War (CA: CW), Peter Parker, a.k.a. Spider-Man, has been set to star in his own solo film due out in 2017. The film will find Parker trying to maintain his superhero life whilst keeping his high school career in check. Based on the first trailer, one could clearly take away that this film is a “coming of age” story.

It not only shows its main protagonist trying to level himself up to the standards of far more popular heroes he has come to idolize and even fight along side, the trailer also expresses how much difficulty he is enduring growing up in high school.

This movie is very unique considering that the main protagonist is still in his teens. When audiences met him in CA: CW, he was a teenager who was using his powers to help others and become a hero people could depend on; he wanted to make a difference to those around him by using his newfound abilities to help save lives and fight crime. In this film, that journey will continue and he will be able to hopefully become a more well-known name. It will also be intriguing to see the MCU from the perspective of a teenage hero who looks up to these adult heroes and tries to be like them. His end goal is to grow out of his mentor Tony Stark’s shadow and learn to become a better hero in the process.

In the latest trailer, it appears that Parker wants to be able to handle villains that his idol heroes normally handle, but is prohibited by Stark out of fearing for his safety. The movie’s ultimate mission is to therefore show Parker learning how to rise up and become an Avengers-level crime fighter. 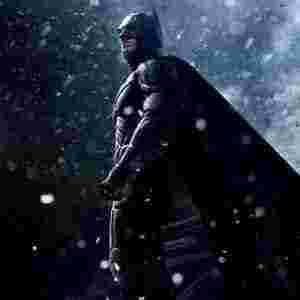 When it comes to the history of comic book-based movies, Batman has had a line of films both good and bad, with Batman Forever and Batman & Robin being critically panned. But thanks to the cinematic genius of film director Christopher Nolan, Batman was given the proper cinematic glory he yearned for.

Nolan’s Batman trilogy, consisting of Batman Begins, The Dark Knight and The Dark Knight Rises, follows the titular character’s journey to rid his home Gotham City of the criminal element that took his family from him. All three films, primarily the first two, show Batman fighting against the crime and corruption that is consuming Gotham. With this in mind, one could say that Nolan’s Batman films can be considered crime dramas.

Nolan’s films take advantage of this fact and use it to tell a compelling story that feels very much like a crime tale. Beginning in Batman Begins, viewers see Batman beginning his journey of his war on crime. By the time that The Dark Knight starts, viewers can see that Batman’s quest for justice is moving in the direction he wants it to go with some challenges coming along such as the crime families and the emergence of the Joker, who Nolan reimagines as a psychotic madman rather than a chemically-altered individual. With the trilogy’s end in The Dark Knight Rises, Batman’s journey culminates with the final battle not only against the main antagonist Bane, but against the criminal element itself.

Nolan’s movies chronicle a Batman whose main enemy is crime whereas other interpretations mainly feature the Dark Knight’s rogues gallery.

All of these movies do not feature any supernatural forces such as aliens or demons. They are grounded and set in a world that mirrors the real world identically. This is done intentionally to make the Dark Knight’s mission more reality based and not having to due war with any science fictional entities. Nolan wanted to make sure this incarnation of the Dark Knight was believeable by setting it in a grim reality in a fictitious yet real-world environment.

Nolan’s Batman trilogy can be credited for not only giving the Dark Knight the cinematic glory he yearned for but by implementing techniques to make it more believable in a real-world setting. 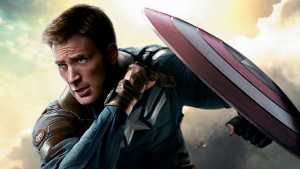 The Captain America trilogy had its titular character deal with threats from WW2 all the way to the modern era. Because each film in the trilogy is unique in certain ways, one could say that each one is in a different film genre.

For the first entry in the trilogy, The First Avenger can be categorized as a war movie for one simple characteristic: it takes place in WW2. The film is a journey into how Steve Rogers went from a stubborn youth wanting to make a difference residing in Brooklyn to a super soldier fighting in WW2 on behalf of the U.S. and the idealism of freedom itself. The film is able to use its time period to tell a story about how Captain America became the hero he is. But while the WW2 setting is the most unique aspect compared to other MCU entries, it only focuses on its fictional elements such as the threat of the Red Skull and his Hydra organization in order to tell its story.

After waking up in the modern day after 70 or more years of arctic sleep, Captain America began to face new with threats either on his own or with the Avengers. In The Winter Soldier, he faces the threat of the Winter Solider, who turns out to be his best friend James “Bucky” Barnes, who was originally thought to have perished during WW2.

Unlike The First Avenger, The Winter Soldier is a spy film that has Rogers this time around working for S.H.I.E.L.D. carrying out covert operations alongside his fellow Avengers teammate Natasha Romanoff, a.k.a. Black Widow. After the death of Director Nick Fury, Rogers is immediately targeted by S.H.I.E.L.D. and is forced on the run and must rely on the help of Romanoff and new ally Sam Wilson, a.k.a. The Falcon. The movie utilizes certain spy film characteristics that could help it be categorized as a spy thriller. One example is that Rogers and his friends sneak around in the movie to complete certain objectives such as finding a location via a MacBook and then having to evade those who would capture them. This gives the film a spy movie element that enforces its position as a spy movie.

Likes its previous two predecessors, Civil War is a unique film in its own right. Civil War can be categorized as a political-themed film. The politics in the film are what really drives the conflict. A new initiative has been enacted by the world government following an Avengers-related incident with severe casualties. This new law requires that the Avengers work for the government and no longer operate as its own independent entity. While certain members of the Avengers like the idea, others including Rogers feels that it will inhibit their ability to go where they are needed. This film’s theme is about whether superheroes need to be governed under a system of accountability or be able to operate independently for the greater good. It is indirectly similar to how people ask should the government watch over its citizens. This makes Civil War a film that is relatable to the real world.

All three Captain America films are able to stand out from one another because they utilize different themes to represent Captain America’s world. With the The First Avenger, audiences were able to get a sense of the world Rogers came from and how WW2 molded him into the hero he is in the modern MCU. Then in The Winter Soldier, he was struggling to come to grips in the world he now lives and to put his WW2 days behind him. Lastly, Civil War forced him to make choices based on trying to do the right thing in stopping a major threat while he and his teammates were divided because of the law.

All these films show Rogers’ evolution as a hero by exploring different themes that tie into the beliefs he stands for. 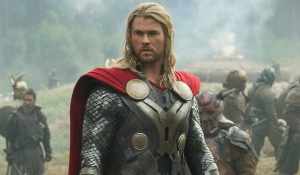 When it comes to Doctor Strange and Thor, both can be credited for bringing fantasy into the MCU.

Thor was the first film to incorporate fantasy into the MCU. Audiences were introduced to the titular character along with his home of Asgard, which is from Norse mythology. It introduced fantasy elements that have since played a part in proceeding MCU films. For example, a hint of Norse mythology was featured in the first Captain America film with the introduction of the Tesseract.

Audiences were able to visit the world of Asgard and its sister realms, making the MCU much bigger than it already was at the time. No longer did the MCU rely on purely science fictional elements but it could explore the fantasy aspects from the comics.

Aside from Thor, Doctor Strange also further added more fantasy elements into the MCU by introducing a world based on magic and infinite realities. One of the film’s main strengths is that it utilized magic throughout the film such as fights that took place in a mirror dimension and added new fantastical elements that were not seen in previous MCU films. Audiences were treated to many magical aspects such as the villainous Dormmamu.

Both Doctor Strange and Thor stand out from other MCU films because of how integral they became to the world they inhabited. For Doctor Strange, the titular character received his training from a secret society in a foreign country and where he was trained was located in a fairly urban city. But what made the film stand out was how it perceived its magical world being easily integrated into modern society, a world that does not believe in the supernatural. The Sanctum Sanctorium in New York is perceived as a regular building to the common eye and the Mirror Dimension is able to be utilized in any part of the world without hurting the physical world.

On the other hand, the Thor films portrayed as Asgard as both a mystical and technologically advanced civilization far superior to Earth’s. In The Dark World, there is the scene with giant laser cannons being used to thwart Loki and Thor’s escape from Asgard, further demonstrating how technologically sophisticated the realm is.

Both Doctor Strange and Thor stand apart not only from other MCU films but from each other as well.

Superhero films do not always have to be classified as superhero genre films. These examples can be evidence that certain superhero films can be distinguished and unique from others due to their ability to weave into other film genres.