The Effect of “Friends” 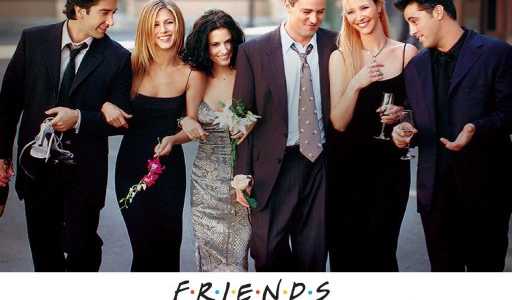 It would be easy to assume that in the fast-paced, social media laden world we live in today a sitcom from 1994 would hardly still be considered a well-known and currently beloved show that appeals to younger generations as if it were made for them. It’s hard to believe, but Friends has proven to be timeless.

The show, helmed by Marta Kauffman and David Crane, aired from 1994-2004 on NBC. Friends follows a group of six people in their late twenties living in New York City working, dating and growing up. It was one of the highest rated shows, and is typically the standard to which other sitcoms, such as The Big Bang Theory, are held. The show itself is definitely dated; from the outfits to the storylines involving pagers, landlines and breaking up with people face-to-face. Many jokes would most likely fly over the heads of young people watching today. The words “text message” or “tweet” are not once mentioned in the span of a decade. No iPhones were shown, and “Google it” was not a response to any question. For some reason, younger generations around the world still respond strongly to this show.

Friends plays multiple times a day on numerous television stations but the main reason for its most recent surge of popularity is due to Netflix. As of January 2015, all ten seasons (236 episodes to be exact) were made available on the popular streaming network. People went crazy. The original Friends viewing generation was ecstatic to have their favourite show so easily accessible, but what was surprised many was the reaction from younger generations for the show. Matt LeBlanc (who portrayed Joey Tribbiani on the show) spoke on Jimmy Kimmel Live in 2015 about the renewed energy towards the show, crediting Netflix as the reason.

All of this begs the question, ‘Why is Friends so timeless?’ How, after all of these years, does it still effect people so strongly despite it’s strong 90’s/ early 00’s vibes?

The answer seems to lie in the fact that twenty-somethings today are known as the ‘nostalgia generation’. This is due to the fact that these were the kids who grew up during the technological revolution. They first-handedly witnessed the rejection of VHS in favour of DVD players, before moving to blu ray. They spent their younger years playing tag outside while their late teens were spent on MSN, then Facebook, then Twitter and so on. To look at it one way, they had the best of both worlds. Their lives have not been fully dominated by advanced technology but they are lucky to have information easily and quickly accessible almost anywhere they go.

Friends offers the appeal of simplicity, the simplicity they remember from childhood. Friends was easy. It was funny and silly and hardly ever so serious that it required much thought (barring “The One the Morning After” which continuously breaks the hearts of Ross and Rachel fans no matter how many times they’ve seen it, as well as a few other storylines).

In a world that many call cynical and harsh and insensitive, Friends is a perfect depiction of the dream: living in New York City (in a spacious, rent-controlled apartment), surrounded by your friends and loved ones, and seeming to hardly ever have to work in order to get by. They lived a fabulous life that the newer generations are told is next to impossible nowadays.

“I’m a Monica, You’re a Rachel.” Not only did the show depict the ideal living situation but it also had the opportunity to give the audience a little something for everyone. The six main characters were incredibly different people. There was the princess, the cool guy, the adorable geek, the hippy, the control freak and the socially awkward but lovable jokester. Viewers could easily see themselves, or at least bits of themselves, in each of these characters. And more than that, they saw that although these friends were so different from one another, it worked. The friendships were strong, endearing, and admirable to watch.

As beloved as Friends is, there is still recognition of its imperfections, especially from its more recent audience. The majority of criticism comes from the lack of diversity in the cast. Not only were all six main cast-members white, but people of colour were few and far between in supporting roles as well. The lack of representation for people of colour has been a long held issue in many genres of television and sadly, Friends was no exception. 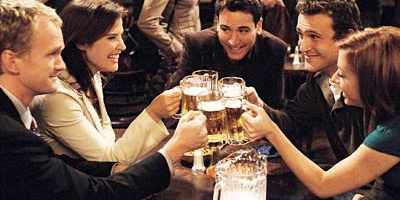 How I Met Your Mother, created by Carters Bays and Craig Thomas in 2005, is one show that has been compared to Friends numerous times since its debut. This is mainly due to the fact that the premise and set-up is fairly similar. It follows five friends living in the city dealing with dating, careers and growing up. HIMYM always seemed to be a little more ‘fantastical’ than Friends. The series frequently used flashbacks to explain important backstories, set up plot lines, and created numerous whimsical social theories, terms and ideas (a few of the most popular being ‘The Bro Code’, ‘The Hot/Crazy Scale’ and ‘The Three Day Rule’). Both shows could be considered unrealistic; however, Friends was less so.

Another component that every new show seems to have these days is the overall major storyline. Take for example HIMYM where it says it’s objective right in the title. The show details Ted’s quest to find his wife. In The Big Bang Theory, the storyline is how a group of science-loving, quirky characters interact with the world around them and contrasts with their ‘normal’ neighbour Penny. In Friends, there was no end goal to reach from the very beginning. It is arguable for some that the series is founded on the love story between Ross and Rachel, but that could hardly be considered anything more than an afterthought if only evaluated from the pilot. Friends only cared about showing the connection between a group of people who have seen one another at their best and their worst. It was centred on the idea that the people you surround yourself with become your family. It seems all new shows now need an ‘end-goal’ or surround one central plot line that is expanded and stretched over a few years by other, smaller storylines.

Six main characters, six vastly different personalities that seem to work so effortlessly together. This show was about love. Love in romantic relationships but mostly about platonic love; the kind found in friendships. This simple concept that had an enormous impact on the entertainment culture. Friends not only helped to revive the sitcom genre, it raised the bar.