6 Shows That Found Life After Cancellation

Most of the time when a television show is cancelled, it’s the end of the road. Occasionally the show’s creators will breakdown their plans and provide some sort of closure, even if only being minimal. But with some shows, like Unforgettable, which returns from cancellation on July 28, get a whole other chance at telling their story on television. Other times, shows find their fortune through literature or comics. Here are six television shows that have lived on in one way or another.

Family Guy, the hit animated series on Fox, might be one of the luckiest shows on television. It’s hard to imagine that a show with such a following could ever be cancelled, but that happened in the early months of 2002. The cancellation was most likely due to the fact that the ratings dropped substantially each year, a fact that also made selling the series difficult. Eventually the rights to air reruns were sold to Cartoon Network and it dominated on the channel. The show also sold millions of DVD copies, which rekindled Fox’s interest in the series. Fox ordered more episodes soon after and the rest is rich, television history. Since returning, the series has spawned a spin-off titled, The Cleveland Show. Seth MacFarlane, the creator, also created American Dad! which airs on Fox as well. He also directed the hit 2012 film, Ted.

After years of being dead, the famous series was revived by Netflix earlier this year. Arrested Development followed Michael Bluth and his dysfunctional family. The interesting plot and great cast are reasons that the series received rave reviews during its original run. Despite season 4 garnering slightly worse reviews compared to the previous seasons, seeing the band back together was nice given that many put it on their list of shows cancelled too soon. The future of the series is still shrouded in mystery, but it is a safe bet that Netflix will continue the series in one way or another. The biggest feat, in terms of its return, was the fact that the series had been off the air for almost 10 years, a feat that is only surpassed by the Doctor Who hiatus that lasted over 15 years.

Jericho, like many promising shows, opened to huge viewing numbers. Those numbers slowly dwindled as the post-apocalyptic series showed life after nuclear attacks left America in shambles. It was depressing when CBS announced that they would not renew the series and it led fans to do a strange thing. Fans of the series sent the network 20 tons of nuts, enough to get the network to renew the series for a second season. The second season run was short, but received much better reviews.

Sadly, better reviews were not enough to save the series as it was cancelled once again. But not even that was the end for the series as now there are Jericho comics that extend the story further. There have also been countless rumors of TV movies and another potential pick up. At the moment, though, most of those rumors have been denied, leaving only the comics to satiate any Jericho hunger. 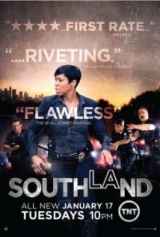 Southland, a series about LA cops, premiered in 2009 on NBC and received great reviews. Before the series was to air their second season, NBC cancelled the program. TNT purchased the series not long after and ran it for 4 more seasons. The cop drama was filmed documentary-style and was just as gritty as shows like Cops. While TNT eventually cancelled the series, Southland was able to survive for several more years thanks to the cable network. The series originally opened to huge viewing numbers but the end of the series was only able to hold on to 1.89 million viewers. Despite that, the show still earned much applause as being more realistic than other cop dramas on television. Southland also had the fortune of end the series while still getting great reviews. 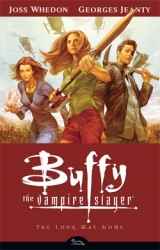 Buffy the Vampire Slayer is often listed as one of the best television shows of all time. The series featured a strong female protagonist, cool vampires and it was overall a great mix of action and dark comedy. The show lasted seven seasons, which might look like enough time to tell compelling stories, but many fans disagreed and were devastated when the series ended. Running parallel to Buffy toward the end was Angel, a series that followed Buffy’s vampire lover as the main protagonist. That series continued for one year after the cancellation of Buffy the Vampire Slayer and was met with the same disappointment when the cancellation had been announced. Angel featured many characters that were popular in the original series and became a great way to revisit your favorite heroes and villains. Since Angel’s cancellation, Buffy has moved to both comics and books, proving that even Vampire Slayers don’t die.

Before directing the hit summer flick, The Avengers, but after his success with Buffy, Joss Whedon created another show named Firefly. Firefly was a Space Western that followed a renegade crew abroad the Serenity, a Firefly class ship. The show garnered several million viewers but was cancelled before the first season’s conclusion. The series seemed all but dead until the film Serenity was released worldwide. The film, like the series, failed to meet expectations which has made its television or theatrical return doubtful. That being said, the series still lives on through comics and the occasional Firefly reunion at conventions. There have also been countless Firefly mini-reunions on other television shows. These include Gina Torres and Adam Baldwin guest starring in two separate episodes of Nathan Fillion’s Castle and a handful of the cast mates also appeared in Joss Whedon’s take on the Shakespeare classic, Much Ado About Nothing.

Now there are countless other shows that have lived on from cancellation, but these are six noticeable shows that were fortunate enough to have at least one more adventure. Those adventures might not have lived up to expectation, but sometimes seeing your favorite character again make you look past that.

Posted on Jul 11, 2013 by
Austin Bender
I attend college in hopes to one day work in film or theater, but until then I write reviews on the subjects I love.
Follow