Live-Action Disney Remakes and the Souring Faith in Animation

Another day, another Disney hit smashes the box office, breaks records, and already becomes one of the highest-grossing animated films of all time. Of course, the film in question is The Lion King.

But wait, are we sure this definition applies to the original Lion King, or its 2019 “live-action” remake? The numbers don’t seem to lie, the new movie is already approaching its older counterpart in terms of profit.

So what does this say?

It is common knowledge that Disney, originally the face of Western animation, if not the entire medium, has been worryingly developing a monopoly in the twenty-first century. It bought Marvel a decade ago, and used that purchase to its advantage by continuing what would become the biggest cinematic universe of the 2010’s, if not in history. It then followed up by buying LucasFilms, taking Star Wars and, as many people forget, Indiana Jones, with them. Then they ended up buying Fox, meaning that the House of Mouse now has some of the random IP’s sitting in its archives, from Alien to The Simpsons to It’s Always Sunny in Philadelphia… They also bought The Muppets fifteen years ago, but no one seems to remember that, and that was always part of Jim Henson’s plan to begin with.

However, the predatory, financially-obsessed demeanour of the Disney corporation is starting to stretch to the company’s original bread and butter, the thing that made it such a powerful source of entertainment to begin with: animation.

This might seem confusing, since both of Disney’s main animation branches seem to have recovered from their respective dark ages; Pixar, despite making mostly sequels this decade, is back to making tons of money while receiving critical acclaim in the process. Walt Disney Animation Studios, after an awkward time with the 2000’s, released films such as Tangled, Wreck-it Ralph, and Frozen, cementing mainstream Disney animation as still being capable of entertaining audiences and warming their hearts.

So what’s the problem?

Disney decided to hop on two trains at once: the nostalgia train and the remake train…by making live-action versions of their beloved animated classics. Although these films tend to loosely follow the roots of the originals, and their reception tends to be mixed at best, they still manage to dominate theaters and attract all kinds of people.

The trend (barring a few made in the 90’s like 101 Dalmatians) started off relatively tame, with Tim Burton’s Alice in Wonderland films, which weren’t really live action versions of the animated one Disney made in the fifties, but newer adaptations of Carroll’s work. Fair enough. Then Maleficent (yes, the Sleeping Beauty villainess) got her own movie. Then came Cinderella, The Jungle Book, Beauty and the Beast, Dumbo, Christopher Robin (the one sequel to the original movie among all those remakes), Aladdin, and now, we have an “updated” Lion King that is starring photorealistic CGI animals that is only considered “live-action” because the characters look like real animals!

It is safe to say that this will trend will spread to the next decade. Mulan and The Little Mermaid are next, and live-action remakes of Sword in the Stone, Lady and the Tramp, and Lilo & Stitch, of all films, are all in the works. And there are apparently more to come.

Ask yourself this: who asked for all of these? People love the animated films, it’s crystal clear, and they feel nostalgic towards them. But aside from potentially encountering content that has not aged well, such as the crows in Dumbo and the Westernization of Ancient Arabia in Aladdin, what really prevents nostalgic folks from watching the original films? These are some of the most famous and beloved animated films, and in some cases, films in general. Several of them have transcended their Disney family and spread their influence to pop culture as a whole. Even if their home video release is stuck in the Disney vault, they are still incredibly easy to find if you want to watch them.

Animation, especially after migrating to television, has struggled to be taken seriously as a way of artistic expression or a way of entertainment. It’s always simultaneously struggling to get out of the shadow of live action films, and attempting to break free from the stylistic hegemony established by industry giants that most certainly includes Disney, on top of constantly feeling the burden of being stigmatized as kiddie fodder. This will probably always a consistent challenge, considering even successes like Into the Spider-Verse apparently attract less people than the weakest live-action installments of their franchises. But what Disney is doing has some rather discouraging implications.

Even if Disney undeniably targets kids with their movies and merchandising and has the reputation in some circles as being as cookie cutter and “sunshine and rainbows”-like as one can get with animated films, they have seldom shied away from harder topics to swallow. The Lion King blatantly shows its main antagonist actually live up to his evil gloating by committing fratricide. Pinocchio horrifically depicts a preteen boy losing his humanity and turning into a donkey in a recreation of the original book’s metaphor of being a “jackass” and lacking education. Lilo & Stitch stars a lonely little girl who is being raised by her big sister after their parents died, and is almost separated from her sister on more than one occasion.

The first of these films is the latest to be affected by the remake trend, and the other two will eventually be next on the chopping block unless they get cancelled. None of them need the live-action treatment to be appreciated. The Lion King ended up being an expansive franchise with great representation in the Disney Parks, a Broadway show, as well as a few television spinoffs. Pinocchio ended up critically acclaimed, and When You Wish Upon a Star was used for several Disney productions following its release. Lilo & Stitch ended up spawning countless direct-to-video sequels and TV shows, to the point where Stitch had merchandise on par with the original Mickey Mouse gang. All of them, proudly cartoony while being unafraid to show that their universe does have a darker side, were able to win the hearts of people worldwide. Many other Disney movies are in the same boat, and yet, the live-action versions keep on coming.

It’s getting increasingly tougher to justify the existence of the live-action Disney remakes. They cynically cash in on people’s nostalgia and address some complaints to calm the masses down (Dumbo and his mom leaving the circus for the wilderness, King Louie’s species changing, Prince Charming getting actual development, etc.). Even if some of these films do attempt to do things differently or simply readapt the original tale altogether, it is patently obvious that profit (which Disney does not need more of) is the reason they are being made, instead of anything artistic. They tend to be so average they don’t necessarily enrich one’s relationship with the original films or even the original tales said films adapted. They simply stand there, collecting money from people’s wallets, unsure if they will ever share a legacy with the originals. Will anyone actually fondly remember the alternate character interpretations in Maleficent’s movie, Will Smith’s take on the Genie, and Lefou turning his back on Gaston, in twenty years, or will their animated selves still reign supreme? Disney being able to openly remake so many of its animated classics on the fly, even a story without humans that kids still grow up with today like The Lion King, shows that the higher ups at Disney have no understanding for the medium that the company they are running has revolutionized and innovated in the past. All they can do is appeal to people’s basic instincts to return to their childhoods, even for a brief moment. Even just rereleasing the animated films, even if it would wind up being obnoxious, would at least show us that they still have a bit of faith in their animation, the roots of their success. They would also provide the actual nostalgia people crave, since these are the movies the public grew up with, after all. 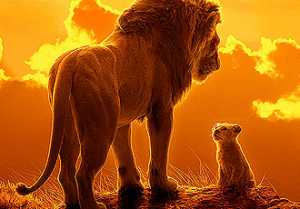 Remakes are not necessarily bad, they can revive an IP that has been dormant for a while or fix something that has aged poorly. But in Disney’s case, they are simply exploitative of already very successful works and rarely take care of anything substantial in the original films that really needed to be fixed. Considering how touchy of a topic the fate of hand-drawn animation at Disney can be, this catalogue of films feels more like a series of taunts than anything else. Disney might as well push itself to the limit and remake Robin Hood with visuals resembling the recently released Cats trailer. After The Lion King, it’s obvious that anything is fair game for them.

Disney and the Perils of Adaptation
The History and Impact of Modern Cartoons
The “Actual” meaning of Encanto
The Appeal of the female characters in Arcane: League of Legends
The nature of Self in Centaurworld
Steven Universe and Fascism
Disney’s Live Action Remakes: Who are they for?