Tom Cruise has certainly, of late, been treated with disdain. His off-screen troubles have been considerably noticeable and strange. However, to those who don’t care, he is still seen as one of modern cinema’s most prolific actors. His magnetism and charisma leap off the screen and allow you to accept him in any role. whether he’s a special agent, or a self-help guru, or even an egotistical movie producer, he falls into every role similarly to the way he dropped into the vault in the first Mission Impossible flick some years ago. The success of this year’s Jack Reacher and Oblivion is largely due to Cruise’s prowess. Here are some performances that prove he is much more than just his controversial off-screen persona. 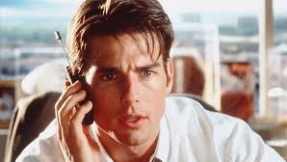 After a string of successful action flicks and dramas put him on the map, Cruise transitioned beautifully to romantic-comedies with his touching portrayal of an egotistical sports agent in the smash hit Jerry Maguire. Thanks, in part, to director Cameron Crowe’s stellar actor-direction, Cruise is able to show a side of himself that was hidden behind the tough exterior prominently displayed in other roles (unless you count his homoerotic shades in Top Gun). The most important aspect about Maguire is that he genuinely cares about his profession and the people in it. However, he can’t ever seem to prove that. This film is an emotional roller coaster-ride filled with shocking revelations and touching moments. Renee Zellwegger and Cuba Gooding jrs’ characters pull Jerry out of his shell and give him an idea of what love is. It is fair to say that, with his moody and charming performance, he had everyone at hello. 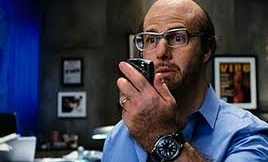 With his portrayal of a studio executive, Cruise surprisingly became the breakout comedic star of 2008. In the Ben Stiller-directed action-comedy Tropic Thunder, Cruise, along with other derided actors including Stiller, Nick Nolte, and Matthew McConaughey, was able to prove just how talented he really is. Sporting a bald cap and a fat suit, Cruise proved the Hollywood fat-cats that money doesn’t buy happiness, integrity, or even a decent personality. Grossman’s attitude is as disgusting as his looks. Constantly yelling, Grossman seems to revel in his slimness and all-powerful role as the spoiled fat-cat. Some would say that Grossman’s persona hits too close to home for Cruise. However, this satirical role couldn’t have have come at a better time. His expletive-filled monologue, yelled through a phone to a band of drug runners, was quoted non stop after this film’s release. Meanwhile, his dance number at the end of the movie showed that even a tough, dramatic actor like Cruise can let his hair down every once in awhile.

Investigating the savage murder of a soldier at Guantanamo Bay, Cruise’s character Daniel Kaffee is a military attorney who will stop at
nothing to give the US army a good name whilst still bringing those responsible to justice. Cruise’s charisma shines in every scene of this film, considered to be one of the best military dramas ever made. Supported by an A-list cast, Rod Reiner’s sharp direction, and Aaron Sorkin’s witty, pacy dialogue, Cruise excels in the movie’s many frenzied court room scenes. The sparring between Cruise and Jack Nicholson in the notorious ‘you can’t handle the truth!’ scene is a prime example of significant on-screen chemistry between two A-list actors.

7. Lestat de Lioncourt in Interview with the Vampire 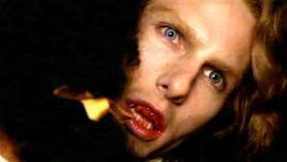 With a taste for both blood and exuberant costumes, Lestat is one of the most powerful vampires to be brought to the big screen. He mentors Brad Pitt’s character in the process of eternal life. Loved by the novel’s author Anne Rice, Cruise’s steely turn as the vampiric cynic proved that being bad, can be so damn good! His chemistry with both Pitt and Kirsten Dunst (both newcomers at the time) was a sign of Cruise’s power as a leading man. Lestat commanded Pitt and Dunst’s characters to find their hidden desires the second they became members of the undead. Lestat’s transition, from all-powerful aristocrat to decaying husk, is handled with poise and poetic grace. 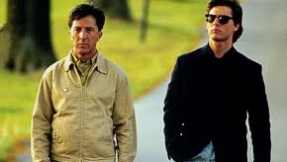 Rain Man is a film about family, and the lengths we go to to keep our families together. Seen as standing in the shadow of Dustin Hoffman’s electric performance, Cruise is still able to ooze charisma as the frustrated brother. A hot-shot car salesman and all-around yuppie, Cruise’s character Charlie Babbitt finds out that his father’s multi million-dollar estate is going to his estranged autistic brother Raymond (Hoffman). From this revelation onwards, Cruise proves that he is at his best when he is playing abrasive yet slick characters. He becomes frustrated with his nagging girlfriend and brother, all the while wishing that he could connect to both of them. Here, Cruise gives us one insult that is still uttered, the world over, to this day: “K-mart sucks”. 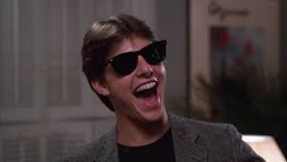 In his breakout performance, Cruise’s character Joel Goodson proves that,despite having significant responsibilities to fulfill, there will always be time for sex and rock ‘n’ roll. Cruise plays a young man eagerly awaiting college. However, his parent’s holiday is an opportunity for him to party all night and sleep all day. Before the house becomes a brothel, Cruise cooly and enviably danced around the house in his underwear and sunnies. A dance improvised by Cruise, it has been parodied and paid homage to numerous times. Essentially American Pie before American Pie, Risky Business showcased Cruise’s ability to command the screen with his startling charisma and huge toothy smile.

4. Nathan Algren in The Last Samurai 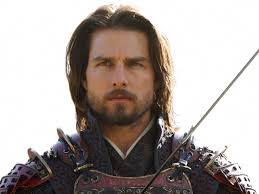 This is, arguably, the best film featuring the ‘stranger in a strange land’ storyline (Avatar and Dances with Wolves are other films that feature this story). Everyone loves complaining about the clichés and historical inaccuracies in these movies. However, The Last Samurai is a touching and visually stunning movie dealing with the Samurai culture and codes of honour. Cruise’s cynical character goes on a journey of self-discovery and humility. Despite the film’s beauty and poignancy, Cruise’s enthralling performance stands out. Not only does Cruise deliver a charismatic turn, but he handles himself well in the film’s many jaw-dropping action sequences.

3. Ron Kovic in Born on the Fourth of July 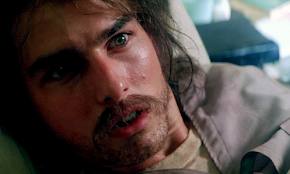 Director Oliver Stone is certainly not one for subtlety. With his kooky characters and heavy-handed political messages, his films smother the audience in his distorted view of planet Earth. Born on the Fourth of July is one of his many emotionally-rich character studies. The movie tells the story of Ron Kovic- a paraplegic Vietnam veteran who sought to make a difference. Throughout the film, Kovic transitions from an enthusiastic teenager ready to fight in the Vietnam war, to a paraplegic, and then to an anti-war activist and symbol of hope for Vietnam Veterans everywhere. Cruise’s range pulls you into this tough story. His charming and affecting turn was so convincing, that it landed him his first Oscar nomination. And deservedly so. 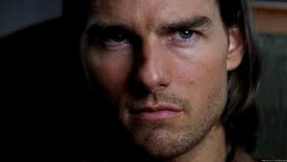 Some consider Cruise’s character Frank T.J. Mackey to be a misogynistic idiot, while others see him as a tortured and frustrated man. Mackey is a slimy and chauvinistic self-help guru who teaches middle-aged men how to get laid. He believes that cheap pursuits and the power of masculinity will set every mistreated man free. That is until one interview changes his entire perspective of both life and humility. From his first scene, Cruise’s screen presence is electrifying. Despite his character’s controversial teachings, Cruise is so convincing and expressive that he almost makes you believe in his character’s absurd ideals. 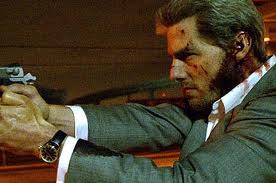 Jamie Foxx’s character Max is a bored cab-driver obsessed with quitting his job and starting his own company. On one steamy night in Los Angeles, he picks up a grey-haired businessman. The man requests for Max to take him to several locations in and around L.A’s central business district. But Max soon finds out the man is not who he seems. This revelation sets off a chain of dangerous events in Michael Mann’s startling crime-thriller Collateral. Cruise steals every scene he is in. Depicted as a lone wolf scouring the streets, Cruise embodies his fun role with style and magnetism. His stern looks and precise actions, throughout the film, create a dynamic villain who is not afraid of death. The chemistry between Cruise and Foxx keeps you on the edge of your seat up until the film’s heart-thumping climax.

Regardless of his emotional and mental spasms in real life, he is still one of the most eclectic and magnetic performers working in Hollywood today. In our current commercially-driven culture, it’s rare to see movies that attract people due to the actors involved. Cruise, with Jack Reacher and Oblivion in particular, has proven he can sell a movie on the basis of simply having his name draped across the poster.

Honourable mentions: Senator Jasper Irving in Lions for Lambs, Stacee Jaxx in Rock of Ages (despite how atrocious the rest of the movie is!), Ethan Hunt in the Mission Impossible series, Maverick in Top Gun, Jack Reacher in Jack Reacher.