Creative Writing is the Sincerest Form of Reality

In today’s society, scientific research, business affairs, and political policies are in some cases believed to be in the best place they have ever been. It is all about the facts, the technology, and more often than not, the money. Morals and emotions do not have a place in these three categories. Where it often resides in is in the writings of some the greatest authors of the ages, from the 18th century to today, including John Locke, Jane Austen, J.K. Rowling, and Suzanne Collins. Each one of these authors created a whole world based off of philosophies, morals, and emotions. John Locke’s philosophy was extraordinary in creating the country, the world that he believed was essential to the survival of the emotional humanity he knew was coming. Jane Austen wrote about the plight against women having to depend on marriage in order to find economic security and a good social standing, doing so in a society that would never allow a challenge as such until the 1920s, when it seemed as though the steps towards equality and the emotions of women were finally being recognized. Authors like J.K. Rowling and Suzanne Collins created worlds that reflected past societies, present injustices, and future prospects.

“We don’t need magic to change the world, we carry all the power we need inside ourselves already; we have the power to imagine better.”

When an author is creating a world, more often than not, they gather inspiration from the world around them, and the reality that they observe. Authors will state in interviews that they will model governments and the laws they create after their real life counterparts. Creative writing is about expressing oneself in ways that scientific data and numbers cannot. It is about etching love, anger, sadness, determination, and millions of other emotions onto paper and encasing morals in print. In today’s day and age, it is apparent that what the world needs is a little bit more emotion and a handful of morals, because so many decisions are made in science, business, and politics that completely negate the very essence of humanity that we are desperately trying to preserve. Writing is a major component in highlighting this slight of humanity, whether it is journalists performing their “watchdog” duties, or creative authors trying to build a better world for their readers than the ones that they unfortunately live in.

J.K Rowling, author of the famous Harry Potter series, understands more than most what it is like to strive to write a better world than the one lived in. When she was writing the first Harry Potter book, she was living in less than moderate conditions, trying to support a child and receiving minimal help from the world around her. Many of her plights and the plights of those around her were artistically written in her novels, mentioned in the biography by Sean Harris, J.K. Rowling: A Biography. Despite the life she led, and the oppressive situation that unfortunately was her life at the time, she still chose to pursue her creative talents that she had possessed since she was a small child and had a written a short story at age six, entitled “Rabbit”. By 11, she had written a short novel. Her reality was grim, and destitute, yet she persisted, because she knew that she was writing for those who were experiencing the same reality as herself. In her Harvard Commencement speech in 2008, she advocated for the power of imagination and failure and its essential role in society:

“Many prefer to not exercise their imagination at all. They choose to remain comfortably within the bounds of their own experience, never troubling to wonder how it would feel to have been born other than they are. They can refuse to hear screams or peer inside cages. They can close their hearts and minds to any suffering that does not touch them personally. They can refuse to know. I might be tempted to envy people who can live that way, except I do not think that they have any fewer nightmares than I do.”

Writing is seen as a profession with a negative connotation. When a person decides to seek a career in writing or journalism, often times they can encounter people peering at them from under the brim of their hats demanding to know: “well, what’s your backup plan?” In a society that in many areas value STEM over the arts, it is vital that writers take up the sword to show the world that creativity is not dead, not worthless, and that this reality that those perceive as “perfect” is far from it. The actions taken to devoid society of creative talent is exactly the spark that ignites all of the creative expressions of our reality, whether it is a comedic cartoon highlighting the negative aspects of our government, or a novel such as 1984 by George Orwell that expressed the danger of oppressive governments, both domestic and abroad. Creative works can often be our best representation of society and what reality is really like. 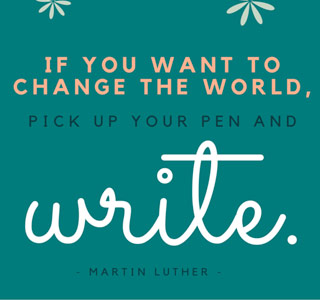 So, what does this mean for the future of creative writing, and writing in general? Reality is calling upon those who see the present through clear eyes and who have hopes in their minds for a bright future to use the power of words to shape society the way that they believe executes the morals and emotions that we as a society have lost. From recent events in politics, we see that our reality has become that church and state are no longer separate entities, and that the morals of our society are completely off their axis. Many examples of this are set in controversy, which is often times a writer’s best friend. The bills targeting contraception and abortion have raised both questions and outrage on social media and in the news industry concerning the plight of our state being influenced by matters that it swore at founding to never be influence by. This topic has been reflected in popular teen novels, such as a few chapters in Prized, the second book of the Birthmarked series by Caragh M. O’Brien, and recent movies such as “Unplanned”.

It is the duty of those with stories in their heads and words in their fingertips to write. Write about what angers you, what pleases you, what you think deserves to change. Do you find reality to be off its center? YOU have the power to fix it. Even if the scientific facts, the economic factors, and the political power is against you, you have the power to make a difference with words. Because once you publish something, it no longer belongs to just you. It belongs to everyone, and you will find that many people share your beliefs, and will get inspired by your ability to take action.

Change does not come from a fact. Change comes from a feeling; a feeling that something is wrong, something is off, that reality is not what it should be. Morality and emotions have been forced to take a backseat while facts and statistics have driven our world into one of prosperity, yes, but one devoid of the very humanity that John Locke, and other philosophers such as Henry David Thoreau, persistently advocated for.

John Locke was a firm believer in equality and independence (although the term ‘equality’ was not as developed as it is today). He advocated that humans had the right to be selfish. Not in the sense where they did not have to worry about other people, but in the sense that everyone had the right to control their “life, health, liberty, and possessions” (Two Treatises on Government, John Locke). These very familiar words for decades have been the foundation for our society; however, in recent years, those in power and even everyday citizens are forgetting the principles that our very country was founded on.

Henry David Thoreau was an essayist and philosopher of the transcendentalist movement. Transcendentalism was built on the philosophies of “self-reliance, intuition, and independence” (study.com). He understood the importance of writing as a means of reaching as many people as possible with his ideas. One of his most famous quotes concerning the dire importance of writing is this:

“Write while the heat is in you. The writer who postpones the recording of his thoughts uses an iron which has cooled to burn a hole with. He cannot inflame the minds of his audience.”

In some ways, humanity has lost its creativity, its breath, its morality. Creative writing and other art forms are the ideal way to express thoughts about how we believe society has existed, how it exists now, and what steps we can take to make sure that situations such as the horrific society of The Hunger Games never becomes a reality. Suzanne Collins understands this at a deep, personal level. In an interview with the New York Times, she discusses how her family connection to war helped fuel her need to write the plot of The Hunger Games. Her father was an advocate for educating the next generation on the realities of war starting at a young age, and she wholeheartedly agrees. “If we wait too long, what kind of expectation can we have? We think we are sheltering them, but what we are doing is putting them at a disadvantage” (Collins). She also mentions how she encountered readers or parents of readers who decided to make the story an allegory for troubled adolescences, rather than the reality of it: an allegory for oppressive government, corrupt leadership, and the horrors of war. “I don’t write about adolescence,” Collins insists. “I write about war. For adolescents.” 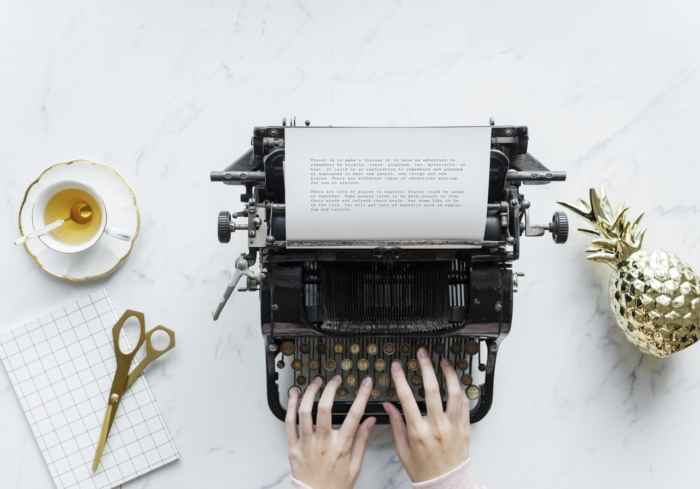 The Art of Reality

“Every secret of a writer’s soul, ever experience of his life, every quality of his mind, is written large in his works.”


Art is the glue of society; it takes you into a world that show reality in its purest form; reality is stripped from the facts, the stats, the financial state of things. It exists as we are meant to see it, and portrays the future of what we want to change. Writers have seen this side of reality since the beginning of time. It is why we have mythology, and religion, and the societal structures that we do. Writing for ages has circulated powerful ideas, and it continues to do so, even if it is not on tablets and are not the ethical laws of a society. Writers see the reality that their emotions paint for them, and their morality guides them to construct a world that is not so far out of our reach. Writing can do so much; it can persuade the masses, inspire the new generation, anger a society, encourage the leaders, bring together a country, and even tear apart a world. Writing holds the power in our society, and it is the most essential thing that we have. Writing, after all, is the sincerest form of reality.

Posted on May 27, 2019 by
reschilke
University of Iowa sophomore studying Journalism and International Relations with an interest in creative writing
Edited by M. L. Flood.
Follow

The Art of Trolling: A Philosophical History of Rhetoric
The Importance of Travelling to Creative Writing
Narrative Distance in Life Writing
Exploring the Nom de Plume
Writing in Isolation during a global pandemic
The Sword of Shannara: Inspiration or Plagiarism
Journalism and the Politics of Character Assassination.