The Act of Writing: A Semantic Exploration

As a writer myself, much of this article will be largely based on experience in the exploration of the advantages of writing versus speaking. Both writing and speaking can lead us in directions previously un-thought of; simply through the action of doing, and each has its strengths and weaknesses. In this article I am going to present the advantages that writing has over speaking – that writing is oftentimes even more concretely convalescing, more self-illuminating, than speaking with another person (although that interaction does have its benefits, which will be touched upon later). To arrive at the beginning of this argument we will first touch upon the differences between spoken language and written language, which will ultimately evolve into the thesis of this article (I am being deliberately self-conscious when speaking of the thesis before it is actually written – think “a film about filmmaking”). Aaaand here is the thesis now that we have mentioned it:

Through the act of writing we come to understand our internal psychologies more intimately than through any other form of semantic exploration.

Again, the label of “semantic exploration” is deliberate; this is an article that will focus primarily upon writing with regards to internal psychology.

Now, for the clarification of the differences between “written language” and “spoken language”. French theorist Ferdinand de Saussure labeled the two as “langue” – the written manifestation language – and “parole” – the spoken manifestation of language (Saussure). Delving further and bringing in two more words, which shall prove more significant soon, these may also be associated with the concepts of “synchronic time” and “diachronic time”.

We may understand synchronic time as referring to a single instance of occurrence; that a sentence is spoken between two people may never be replicated in perfection again because that moment has passed. It may be repeated verbatim, but that first utterance has disappeared with the moment, which cannot be returned to as a result of the passage of time.

We may understand diachronic time as a written sentence that may be returned to, analyzed, re-shaped, re-analyzed and manipulated in more than one instance. It is static within time; that piece of paper the sentence was written on will always remain the same; the shape and length of the letters will remain the same and the order of the words will remain the same – upon that sheet of paper. Therein lies the difference between “spoken language” and “written language” – that the latter may be altered and manipulated while the former remains unchangeable. And now we shall move on to the advantages written language has over spoken language with regards to self-exploration.

Manipulation and Analysis of Memory

Imagine that you are writing in your diary. You could be writing poetry, a stream of consciousness venting about the day, or you could even be speculating about what the future might bring. Once this is written – you (or anybody else that finds your secret diary hiding spot, the horror!) may return to this entry and remind yourself what had occurred to your thoughts at the time of the writing. Something significant may have been written down that, in the pouring out of energy, was forgotten until read later. This forgotten bit of thought has become re-inserted into your consciousness for consideration and you may further develop the thought, whether to continue in the same direction or to find fault with the thought and re-dress the direction it had been taking you. 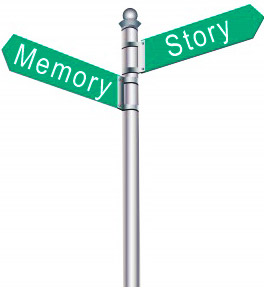 And now imagine that same diary entry was never written down, but was instead spoken to a friend. After the conversation is finished, you may still return to your memory of what was spoken – but that’s just it! It is now just a memory with nothing tangible to grab or to read! Your recollection of the general themes may be completely accurate – but what of the specific details? The metamorphic qualities of our memories will have perverted what was actually spoken and we may have even forgotten one of the most significant points touched upon during the conversation. Even if you speak to the other person that had listened once more, they may recall different points raised and remember them differently than you do. While analysis and growth are still possible with the spoken conversation – specific details are lost, which would otherwise have been retained through a written source.

None of this is to say that there is no benefit to speaking with people. On the contrary, it is often times more beneficial than the act of writing and indeed can inform writing when it occurs. I am simply displaying the advantages that writing has where speaking fails.

Now, writing comes in different forms as well – from the stream of consciousness diary entries already touched upon to poetry of a specific structure to literary novels. We may run the gamut through writing before coming to an understanding of what we were trying to accomplish through our writing in the first place. And each medium provides different possibilities of understanding than others.

Poetry is often far more abstract in its associations and imagery – there is a more equivocal, or deliberately ambiguous, range of possibilities that can illuminate (albeit after analysis) what our psychologies are doing. It is an abstraction of the what we experience, a way for us to bring separation to our neuroses or psychoses.

A literary novel will deal with the same concept than a poem in a different manner. Let us suppose this concept is disenchantment, simply for example’s sake. Emily Dickinson wrote a poem titled “Disenchantment”, which was short and much to be said – but also much to be inferred. For the novel, the extended metaphor becomes necessary. Think of Holden Caulfield in The Catcher in the Rye. This is a novel that has disenchantment as a central theme, and yet spans across two hundred pages. Structurally these are polar oppositions and yet they deal with the same concept.

We can see here that it now becomes the decision of the writer as to how they will explore their internal faculties. Will it be a quick, concise, yet obscure poem or a lengthy, metaphorical novel (or even an epic poem as with The Divine Comedy or The Aeneid)? The writer must also consider scientific and academic writing, as well as any other form of writing in existence. Above all, the most important question to ask before beginning to write is: “What am I attempting to accomplish through my writing?”

To close out, I will return to the very first sentence of this article and the claim that much of this article is based on experience. I have found, quite often, that I sit down to write and nothing appears on the paper and I imagine that it has been the same for you – whoever you are – reading this. Is it for a lack of ideas or a lack of something to say? No! It is simply for a lack of awareness for the form of expression that is most appropriate to your state of mind at that moment. I often write my best work after the sun has gone down and I am the only person awake in my home. I often learn more talking with a complete stranger at a bar when the chaotic cacophony (awesome alliteration – eh?) would very easily render coherent thought impossible. To reiterate a previous statement – this article was simply to present the advantages that writing has to speaking. I would love for an article to be written about the advantages that speaking has over writing – an article to engage and continue this discourse of one versus the other as well as the synergistic relationship between the two. I’ll end this by quoting The Digable Planets song “Rebirth of Slick (Cool like Dat)”: “Think think think, think think think”.

Posted on Oct 25, 2015 by
50caliburlexicon
Contributing writer for The Artifice.
Suggested by sbermudez. Edited by kathleensumpton, Misagh, idleric. Notes by claytonpitcher.
Follow

Time Travel: The Literary Way To Wander
The Importance of Travelling to Creative Writing
Narrative Distance in Life Writing
Exploring the Nom de Plume
Writing in Isolation during a global pandemic
The Sword of Shannara: Inspiration or Plagiarism
Journalism and the Politics of Character Assassination.